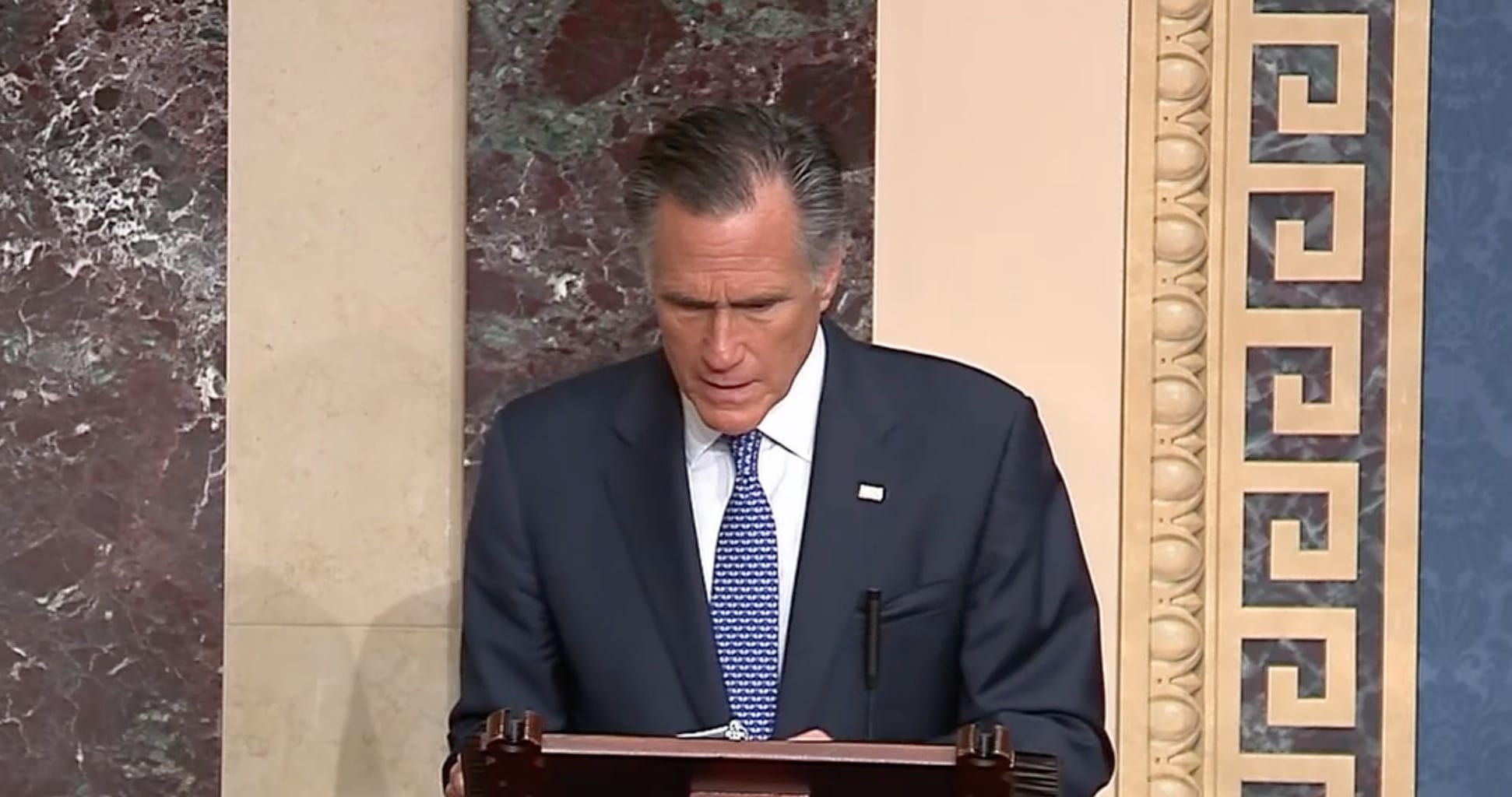 The only reason not to trade Mitt Romney to the Democrats for a case of Sam Adams and a ball girl to the named later is it’s vital to keep a Republican majority in the Senate. Mitt — a spinster of this parish — is registered Republican and often votes on the right side. But he was AWOL Wednesday on one of the most important votes he’ll be required to cast in his Senate career. And if there are one or more Republican Senate possibilities in Utah with more adequate testosterone levels, and stronger partisan BS immune systems than Mitt, perhaps his Senate career can be held to six years. We can hope.

I don’t doubt Mitt is a nice man and may have been a good business executive. But he’s clearly waaay too fastidious for the cut and slash of politics. And too gullible. One can hardly imagine a more transparent hustle than the one Democrats have just tried to run on the duly elected Donald Trump and on America. It was a coup in coup’s clothing. Now a failed one.

I already had Mittens on my mind before hearing the news that he was going over to the dark side on impeachment. I thought of him after hearing all the Democrat talking heads lamenting that Joe Biden had finished out of the money in Iowa. Too bad, they whined, because Joe is the most “electable” of the Democrat candidates (which says something very unflattering about the Democrat candidates). Didn’t the smart set of the Republican Party browbeat us into supporting Romney in 2012 because he had “electability”? How did that work out?

Well, Romney had a weak president on the electoral ropes in 2012 and couldn’t put him away. That’s how it worked out. He had no heavy political punches. No fastball. Still doesn’t. Perhaps it’s time for him to return to the executive suite. Isn’t there a winter Olympics somewhere that needs to be sorted?

No thanks to Mittens, the U.S. Senate got it right and brushed aside the Democrats’ shabby attempt to hijack the U.S. government. The Democrats have no fastball either. I hope some newspaper tomorrow has courage and wit enough to use the following headline: “The winner, and still heavyweight champion … ” It’s a great opportunity.