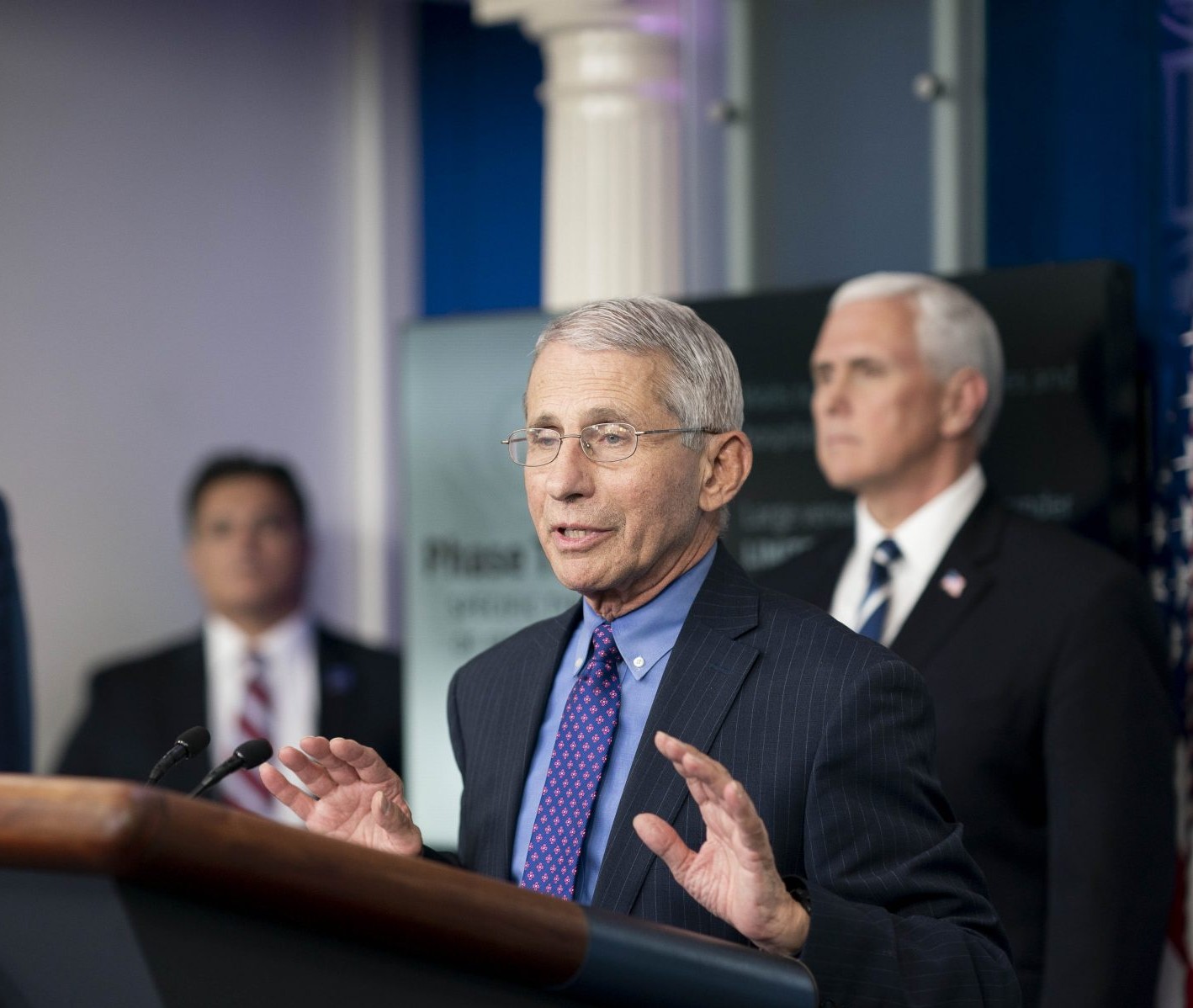 Former Vice President Mike Pence has been on a whirlwind media tour over the past week. He has hit CBS News, ABC News, NBC News, Fox News, CNN, and more since the release of his new book, So Help Me God, on Nov. 15.

The tour is either a test run to determine his chances of success in 2024 — or the unofficial beginning of his presidential campaign.

Pence has said that a 2024 bid is a possibility and that he will prayerfully make the decision with his family over the holidays. He has declined to support former President Donald Trump’s run for office, saying in an interview with ABC News, “I think we’ll have better choices.”

He directly hinted at who one of those “better choices” will be in an October lecture at Georgetown University. When asked whether he would support a Trump 2024 campaign, Pence said, with what the Washington Post described as a “wry smile,” “Well, there might be somebody else I’d prefer more.”

Pence, though he has endeared himself to the Left through his decision to refuse Trump’s demands that he overturn the 2020 election during Congress’ counting of the electoral votes, has encountered pushback from the Right over his record on COVID as the leader of the White House Coronavirus Task Force. His critics argue that Pence ceded too much power to Dr. Anthony Fauci and other members of the task force, such as Deborah Birx, to call for business, school, and workplace closures that gravely damaged America. 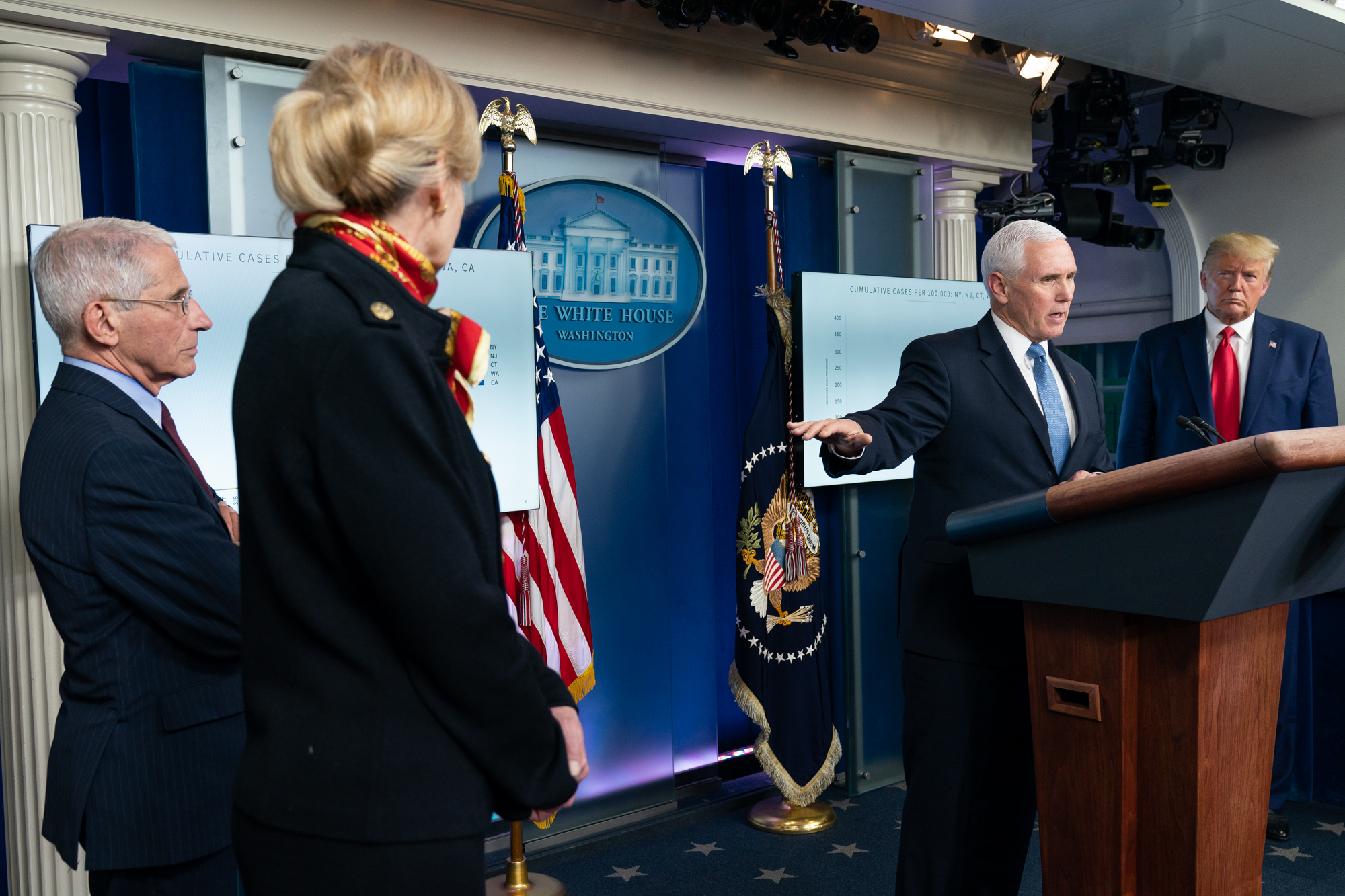 This week, Pence took the first steps toward distancing himself from the vilified Fauci and defending his record on COVID in an interview on NBC News’ Meet the Press.

Pence drew a distinction between Fauci under the Trump administration and Fauci under the Biden administration. Under his leadership, Pence argued, Fauci was given a limited role, but, under Biden, Fauci was allowed to exercise total power on COVID-related matters. This argument, Pence likely hopes, will enable him to stand behind his record on COVID and explain the preeminent role he granted to Fauci while at the same time allowing himself to join the Right in denouncing Fauci’s yearslong campaign for maximum COVID lockdowns and precautions.

“I think in the early days of the coronavirus task force, Dr. Fauci was a great source of comfort to millions of Americans,” Pence told NBC’s Chuck Todd. “[W]e always had a good rapport in those days. Because Dr. Fauci, in my time leading the task force, always stayed in his lane.”

“For me in those early days, he made an enormous difference in the middle of a very balanced policy,” continued Pence, “empowering states, igniting the entrepreneurial spirit of companies around the country to develop the supplies, the masks to ultimately the medicines and the vaccines in record time.”

Pence had a totally different perspective on Fauci under Biden.

“But I must tell you,” Pence said, “that when the Biden administration came in and essentially turned over the management of COVID to Dr. Fauci, I was not surprised to see them put all of their emphasis on vaccines. Then after having promised that they would not mandate vaccines, then seeking to mandate vaccines on Americans.”

He continued, “I think when President Biden came in and essentially empowered Dr. Fauci, I think the American people recoiled at that approach.” 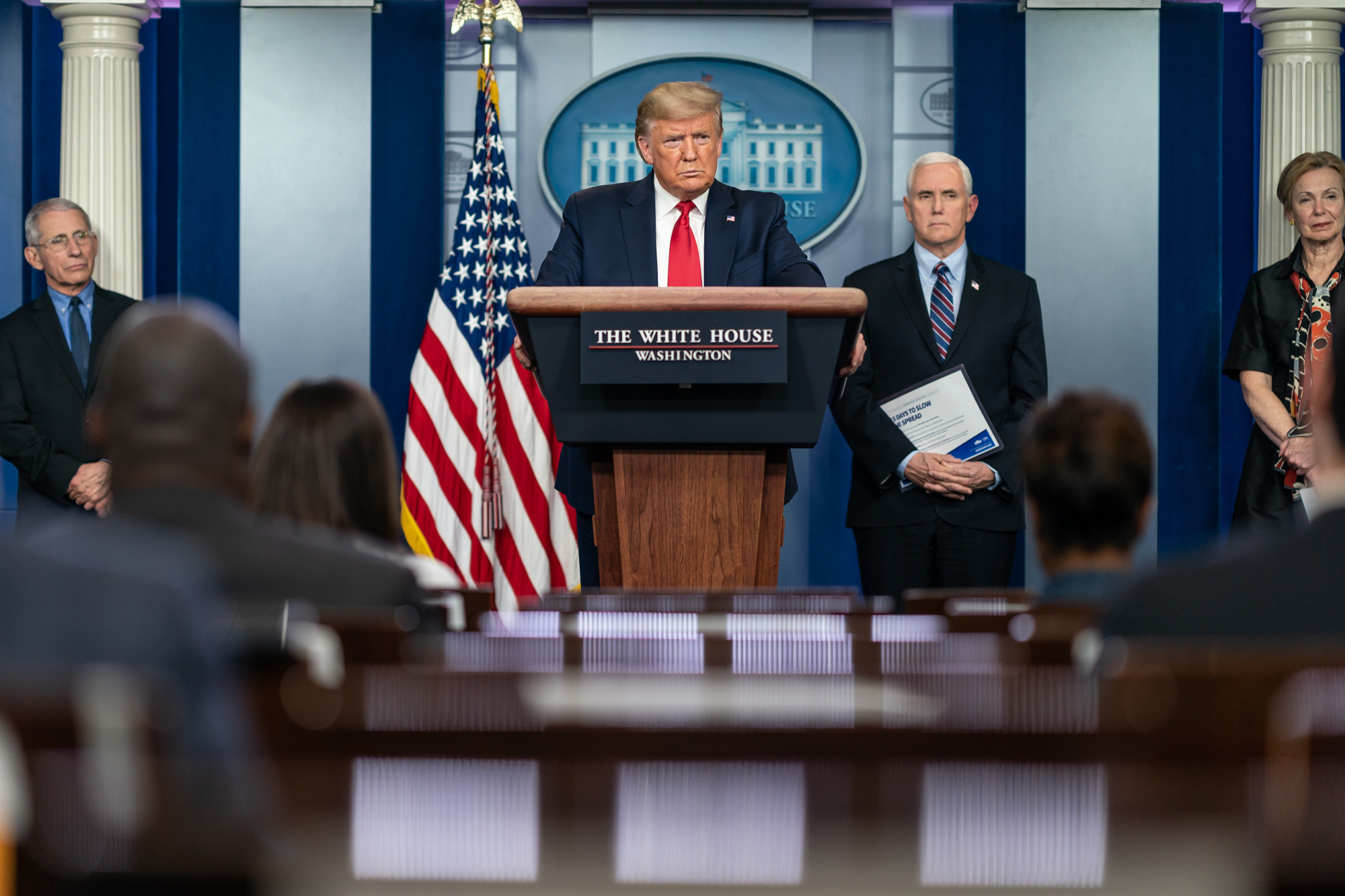 This revision of history may not be enough for Pence to escape the Right’s anger over Fauci’s pivotal role during the Trump administration, especially because some of Pence’s potential 2024 opponents stood up against Pence’s White House Coronavirus Task Force’s strict policy recommendations when they were being promulgated.

Georgia Gov. Brian Kemp reopened some businesses in late April 2020, to the outrage of liberals — as well as the disapproval of Trump and the Coronavirus Task Force. Trump said at a White House press briefing: “I want [Kemp] to do what he thinks is right, but I disagree with him on what he is doing. I think it’s too soon…. But I’m going to let him make his decision, but I told him I totally disagree.” At the same press briefing, Fauci said, “I would tell him that he should be careful.”

DeSantis went along with the White House Coronavirus Task Force’s recommendations for three weeks before he changed his mind and said, “We will never do any of these lockdowns again.” At that time, he lifted all restrictions on schools, restaurants, stores, and government buildings. DeSantis later said that one of his biggest regrets was not more strongly opposing the Trump administration’s demands for lockdowns. “Knowing now what I know then, if that was a threat earlier, I would have been much louder,” DeSantis said.

In 2021, the Florida governor referred to America during the pandemic as a “Faucian dystopia.” In so doing, DeSantis set himself apart from both Trump and Pence and portrayed himself as being on the right side of COVID pandemic response.

Moreover, even GOP officials within the Trump–Pence administration criticized Fauci and his prominent role on the Coronavirus Task Force while Trump and Pence were still in power. Pence was always the one who stood up for Fauci to defend him against these attacks, cementing his role as the Fauci apologist.

In July 2020, then–White House trade adviser Peter Navarro wrote an op-ed that disparaged Fauci and said that the director of the National Institute of Allergy and Infectious Diseases “has been wrong about everything I have interacted with him on.”

In a call with reporters, Pence defended Fauci, saying: “Dr. Fauci is a valued member of the White House Coronavirus Task Force…. We just completed our latest meeting today and we couldn’t be more grateful for his steady counsel.” To solidify his backing of Fauci, Pence tweeted a picture of Fauci as literally his right-hand man:

Productive meeting of the @WhiteHouse Coronavirus Task Force today. As we continue to put the health and well-being of the American people first, we are working closely with states to move forward, safely reopening our Nation and get Americans back to work. pic.twitter.com/WxsZwd8kiM

Conservatives critiqued Fauci much more loudly during the Biden administration, during which Fauci said in October 2021 that it was “too soon to tell” whether people would be able to gather with their families for Christmas and, in December 2021, that Republicans who criticize him are “really criticizing science because I represent science.”

Outrage boiled over after the publication of Birx’s April 26, 2022, book Silent Invasion: The Untold Story of the Trump Administration, Covid-19, and Preventing the Next Pandemic Before It’s Too Late. Birx was the White House coronavirus response coordinator during the Trump–Pence administration.

Birx’s book portrayed herself and Fauci as working to slowly manipulate Pence and the rest of the Trump administration into agreeing to implement the strictest lockdowns possible. In her book, she writes:

No sooner had we convinced the Trump administration to implement our version of a two-week shutdown than I was trying to figure out how to extend it. Fifteen Days to Slow the Spread was a start, but I knew it would be just that. I didn’t have the numbers in front of me yet to make the case for extending it longer, but I had two weeks to get them. However hard it had been to get the fifteen-day shutdown approved, getting another one would be more difficult by many orders of magnitude.

Birx describes in explicit detail how she played a “game of chess” to slowly get Pence to agree to policies that matched “as closely as possible what Italy had done.” (Italy required people to stay in their homes except for limited trips to grocery stores and pharmacies. Leisure walks alone outside were banned; any gathering, no matter how small, was illegal; and parks were closed and patrolled by drones.) She writes:

On Monday and Tuesday, while sorting through the CDC data issues, we worked simultaneously to develop the flatten-the-curve guidance I hoped to present to the vice president at week’s end. Getting buy-in on the simple mitigation measures every American could take was just the first step leading to longer and more aggressive interventions. We had to make these palatable to the administration by avoiding the obvious appearance of a full Italian lockdown. At the same time, we needed the measures to be effective at slowing the spread, which meant matching as closely as possible what Italy had done—a tall order. We were playing a game of chess in which the success of each move was predicated on the one before it.

In June 2020, Fauci backed up the assertion that it was Pence who went along with these calls for stricter pandemic restrictions when he told the Associated Press that Pence was the figure in the administration who listened to him and Birx: “But clearly, the vice president — literally every day — is listening to what we have to say, there’s no doubt about that.”

After Biden was inaugurated, Fauci praised Pence in an interview with the Atlantic: “Deep down, he’s a very smart guy. People make these caricatures of him of just sitting in the background with that stare on his face. That’s not him at all. He’s a very smart guy, and a really nice guy, to be honest.”

Pence has a tall order in convincing conservatives that he does not bear responsibility for the lockdowns that irreparably harmed American children, businesses, and churches. For many, Pence is simply too connected to Fauci’s rise and too implicated in the Trump administration’s intensive COVID guidance that spurred states to lock down. Who is easier for conservatives to blame than the head of the White House Coronavirus Task Force?

Pence may have earned himself some friends on the left for standing with Fauci, but in a GOP primary there may be too much anger for him to succeed.