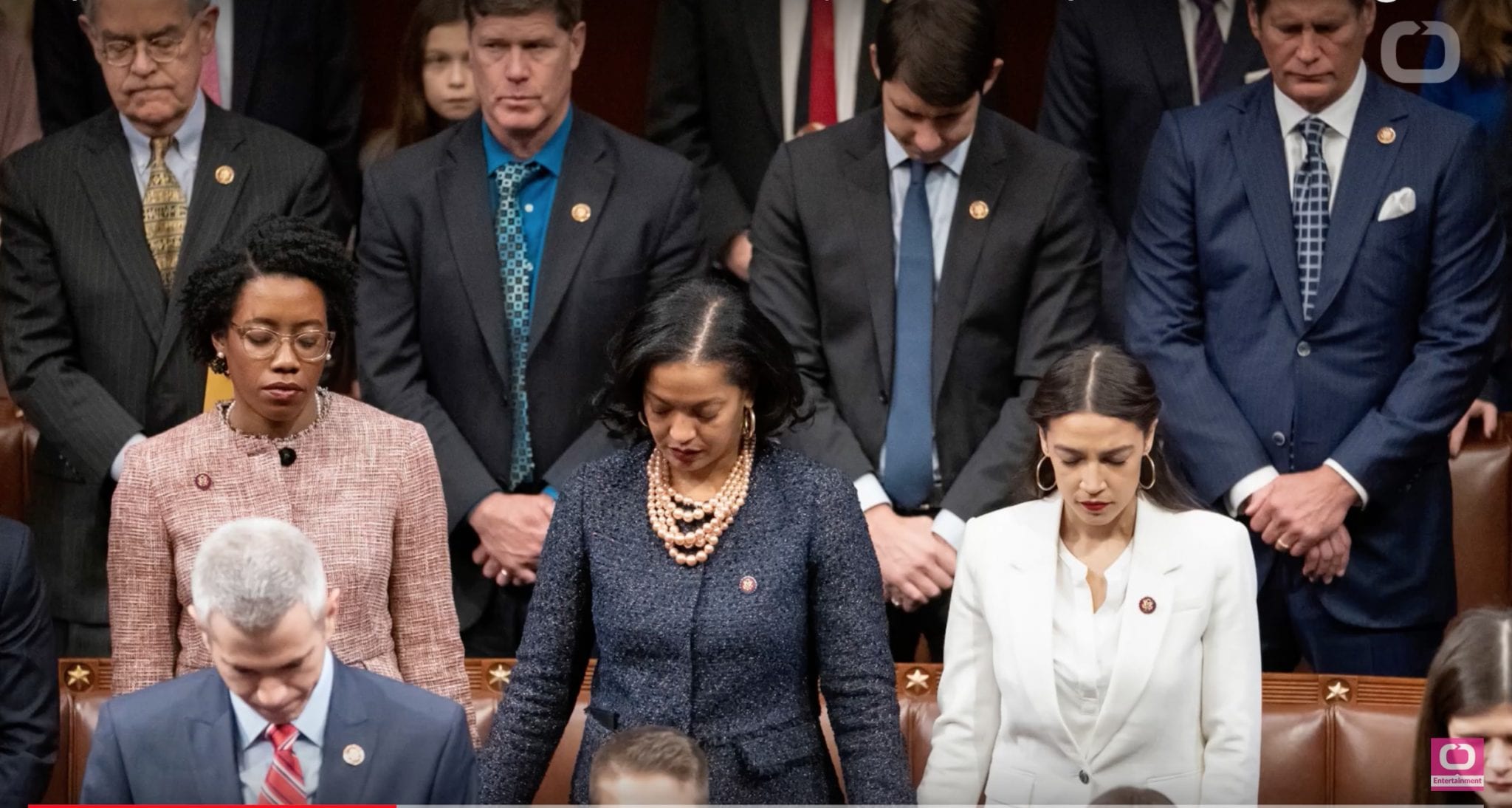 Shortly after noon Thursday, many Americans felt a weighty gloom descend upon them, an ominous sensation best articulated by Obi Wan Kenobi a long time ago in a galaxy far, far away: “I felt a great disturbance in the force, as if millions of voiced suddenly cried out in terror and were suddenly silenced.”

Others, perhaps on the opposing side of the fence, er, force, regarded the experience differently.

“If you thought Nancy Pelosi was cool when she walked out of the West Wing last month in that red coat and sunnies looking like an IRL ‘deal with it’ meme,” Teen Vogue noted, “you might be excited about the meme potential of the 116th Congress. On Thursday, January 3, Pelosi reclaimed her role as Speaker of the House — and the move is historic.”

Tiger Beat did not weigh in on the unlikely teen idol.

The fawning praise from the unlikely source recalls the time I glimpsed octogenarians manning a Young Communist League table (though I cannot recall if the telling site occurred at a Mumia Abu-Jamal march in Philadelphia or a protest of George W. Bush’s second inauguration in Washington, D.C.). The party of youth and diversity elevating a 78-year-old dynastic politician to its most powerful elected position in Washington appears ironic and telling.

In a piece coinciding with Pelosi’s triumphal day, the New York Times asked the incoming speaker if she considered herself the equal of the president. She answered, “The Constitution does.” Except, of course, it does not.

Haig’s detractors in the press twisted the secretary of state’s answer to a question about the executive branch into an arrogant, and incorrect, explanation of the constitutional order of succession. He became a punchline. Nancy Pelosi, strangely, generates puff pieces in the wake of her gaffe imagining herself, rather than the branch of government in which she serves, as coequal to the executive.

One wonders when the young turks in the Democratic caucus realize their own mistake. Even prior to the swearing in of the new Congress, Alexandria Ocasio-Cortez participated in a climate change protest at Pelosi’s Capitol Hill office. After quelling a minor, internecine rebellion against her nomination as speaker, Pelosi continues to fight small fires. Self-styled progressives lambasted the sensible pay-as-you-go “rules” — a simple majority vote would waive them — endorsed by Pelosi. Several members support a pie-in-the-sky Green New Deal whose provisions, including the elimination of coal and other carbon energy, threaten to undermine members elected from states with mining and energy interests.

Fighting Donald Trump and re-opening the shutdown parts of the government seem like the least of Pelosi’s worries. The Democrats, once again wielding the power of the speaker’s gavel, gather, however slowly, for the inevitable circular firing squad. Everything old is new again.