Asia China,Communist Party,Nancy Pelosi,Strategic Ambiguity,Taiwan Pelosi Stood Up Against Appeasing China - The American Spectator | USA News and Politics
Menu
Asia
Pelosi Stood Up Against Appeasing China
Her trip may have been provocative, but that’s what the Seventh Fleet is for.
by Francis P. Sempa
Speaker of the House Nancy Pelosi speaks in Taiwan on Aug. 2, 2022 (House Speaker Nancy Pelosi) 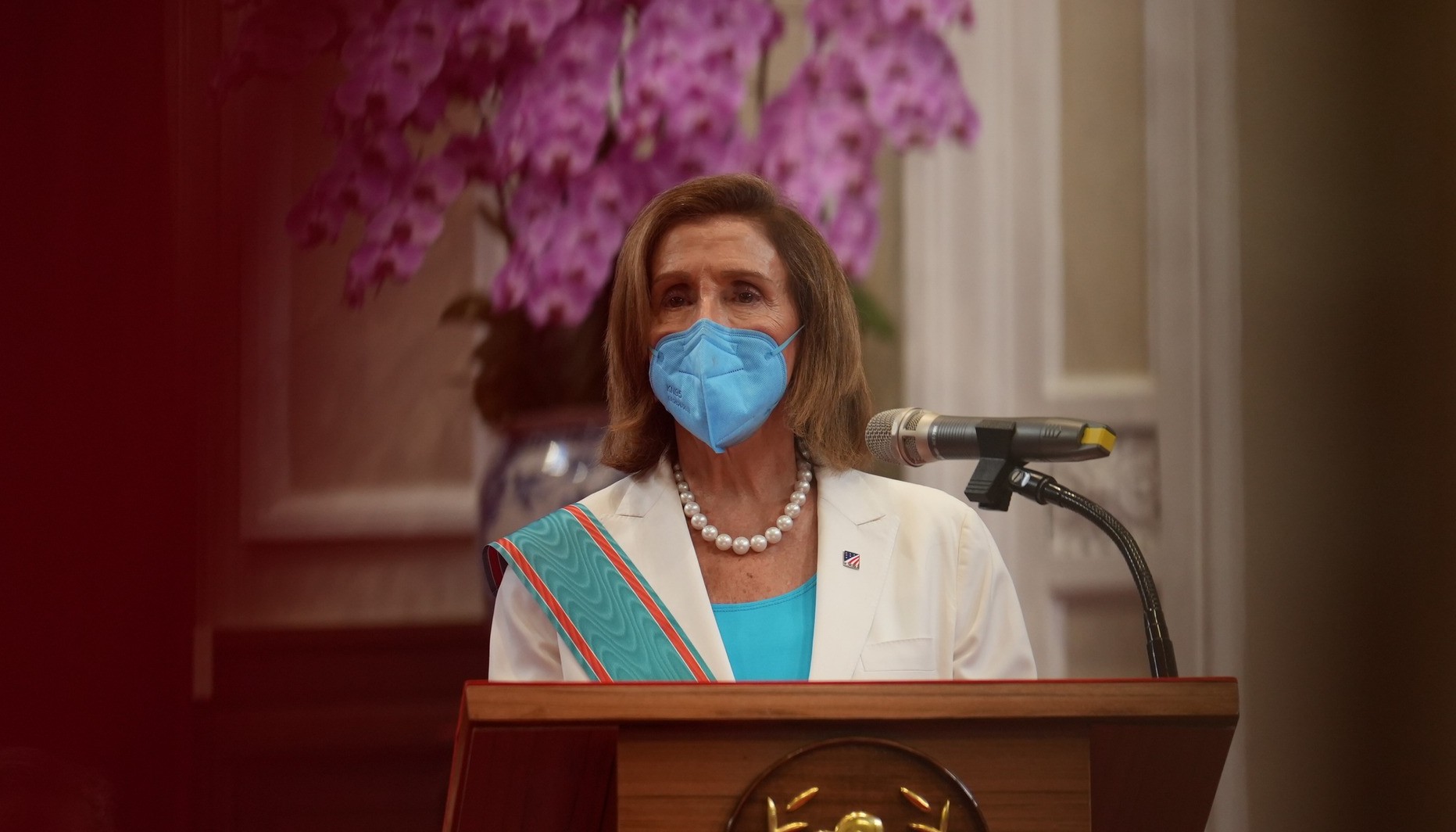 The United States should never allow any foreign power to dictate where its governmental officials can visit. The uproar in the Biden administration and the American media over House Speaker Nancy Pelosi’s visit to Taiwan sheds light less on Pelosi than on the Biden administration, which was quick to reassure China’s communist leaders that Pelosi’s trip in no way changes America’s “one China” policy.

Even before Pelosi traveled to Taiwan, the administration let it be known that the Pentagon thought it was “not a good idea” for Pelosi to visit the island. Roll Call reports that White House officials “tried persuading the speaker and her staff to avoid inflaming China.”

Much of the media backed the White House’s position. The Washington Post called the visit “unwise.” The New York Times’ Thomas Friedman predictably characterized Pelosi’s visit as “unnecessary” and “utterly reckless.” Economist Stephen Roach told CNBC that the U.S.–China conflict is on a “trajectory of escalation” and that Pelosi’s visit “will certainly make matters worse.” Frank Schell, a business strategy consultant, wrote in The American Spectator that Pelosi’s visit was a “deliberate act of provocation” and opined that “there is no need to provoke the Chinese dragon right now.”

Pelosi’s visit culminated in her statement to Taiwan’s President Tsai Ing-wen that the United States would “not abandon” Taiwan, and as CNN noted, she praised Taiwan’s “commitment to democracy.”

“Now more than ever,” Pelosi stated, “America’s solidarity with Taiwan is crucial.”

The Biden administration’s efforts to appease China over Pelosi’s visit are reminiscent of the Ford administration’s refusal in 1975 to meet with Soviet dissident Aleksandr Solzhenitsyn. On July 2, 1975, the New York Times reported that President Gerald Ford “had refused to meet with … Solzhenitsyn on advice from the National Security Council.” Ford also refused to attend an AFL-CIO dinner at which Solzhenitsyn spoke. The Times reported that the administration worried that a meeting with the author of The Gulag Archipelago would undermine detente, and some White House aids “raised questions about Mr. Solzhenitsyn’s mental stability.”

In Solzhenitsyn’s speech to the AFL-CIO, he condemned detente as “a process of shortsighted concessions; a process of giving up and giving up and giving up in the hope that perhaps at some point the wolf will have eaten enough.” In a speech at the Senate Office Building two weeks later, Solzhenitsyn told members of Congress: “Very soon … your country will stand in need of not just exceptional men but of great men. Find them in your souls. Find them in your hearts. Find them in the depths of your country.” Solzhenitsyn later told David Remnick that America found such a leader in President Ronald Reagan. “The Cold War,” he said, “was essentially won by Ronald Reagan.”

We are in a new Cold War with communist China, a regime every bit as evil and even more dangerous than the Soviet Union. And the Biden administration is acting like the Ford administration at the height of detente. Nancy Pelosi, for all of her flaws, in this matter is acting like Jack Kemp, Jesse Helms, and Scoop Jackson. Perhaps if we had a stronger leader in the White House, Pelosi’s trip would have been unnecessary. Perhaps her trip was provocative, but that is what the Seventh Fleet is for.

We are in dangerous times. Our chief global adversary is flexing its economic and military muscles in the South China Sea. They did so before Pelosi’s visit and they will do so after her visit. If China perceives weakness in the United States, it’s not Nancy Pelosi’s fault — it’s Joe Biden’s fault.