Franklin D. Roosevelt called it “a date which will live in infamy.” Today, more than three quarters of a century later, there is another reason for remembering Pearl Harbor: It evoked a response that kept much of the civilized world from falling into a new dark age of totalitarian tyranny.

On the bright, clear morning of Dec. 7, 1941, Japanese fighters, bombers, and torpedo planes all but wiped out the U.S. Pacific fleet contingent of eight battleships (sinking four and damaging the four others). Two thousand four hundred and three Americans died in the attack. Unprovoked and unexpected, Japan delivered a jaw-breaking sucker punch against the U.S. Navy.

But the surprise attack failed in its intended purpose. Rather than keep United States out of World War II, it became the most important wake-up call in human history.

The attack ended a long, enfeebling debate inside the U.S. between isolationists and interventionists. Suddenly, America was at war, and almost everyone — from FDR on down to Charles Lindbergh, hitherto an arch-isolationist — agreed that this was a war that had to be fought with everything we had.

Within days, hundreds of thousands of Americans decided to join the armed forces. Harry Wilson, my late father — then 24, a newspaper man in Kansas City, with a wife and baby daughter — was one of the many who rushed to serve. He failed his first Navy physical — being exceedingly thin — but passed the second time after gorging on bananas and water. He was one of the “ninety-day wonders” — sent to officer training school for just 90 days of physical and classroom training. He went on to skipper a submarine chaser that helped to escort convoys across the Atlantic and engaged in other action in North Africa and Europe. 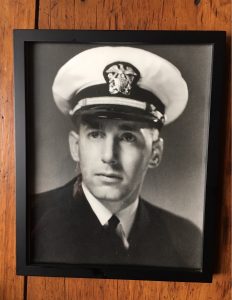 In planning the attack, the Japanese high command believed that the combination of a heavily armed Japan and Nazi Germany, their Axis partner, could bring World War II to a quick conclusion. Having already defeated and occupied the Netherlands, Belgium, and France, German armies had raced across vast spaces in Russia and, in late 1941, one of those armies was camped on the outskirts of Moscow.

To Japan, all of Europe’s colonies in Asia/Pacific — a region rich in minerals, oil, rubber, rice, and other materiel — looked ripe for the picking. Britain’s outpost in Singapore was poorly defended, as were U.S. bases in the Philippines. Even if the U.S. were the world’s greatest economic power, it had only recently begun to rearm. Why not strike while Japan still held a decisive edge in the military firepower — in fighter aircraft, destroyers, and other important weaponry?

Japanese military planners made two critical mistakes. First, they underestimated the extraordinary ability of American industry to convert to high-speed, high-quality military production. In the words of the historian Victor Davis Hanson, “After Pearl Harbor, the United States went into a rearmament frenzy the likes of which had never been seen in history. America produced more airplanes and ships than all other World War II powers combined.”

The second mistake was to underestimate American resolve. After Pearl Harbor, there was no inclination to negotiate rather than fight to the finish. The U.S. military soon grew to 12 million soldiers, and as raw as most of them were, they soon proved their mettle in the fiercest fighting that took place both in Europe and the Pacific.

Upon hearing the news, British Prime Minister Winston Churchill immediately appreciated the long-term significance of Pearl Harbor. That night, he wrote, he “slept the sleep of the saved and thankful,” thinking that “we had won the war” and “England would live.” Four days later, he and his military advisers were on their way to Washington, D.C. On Dec. 26, 1941, Churchill addressed Congress with these words:

To me the best tiding of all is that the United States, united as never before, have drawn the sword for freedom and cast aside the scabbard.

Andrew B. Wilson, a long-time contributor to The American Spectator, is resident fellow and senior writer at the Show-Me Institute.