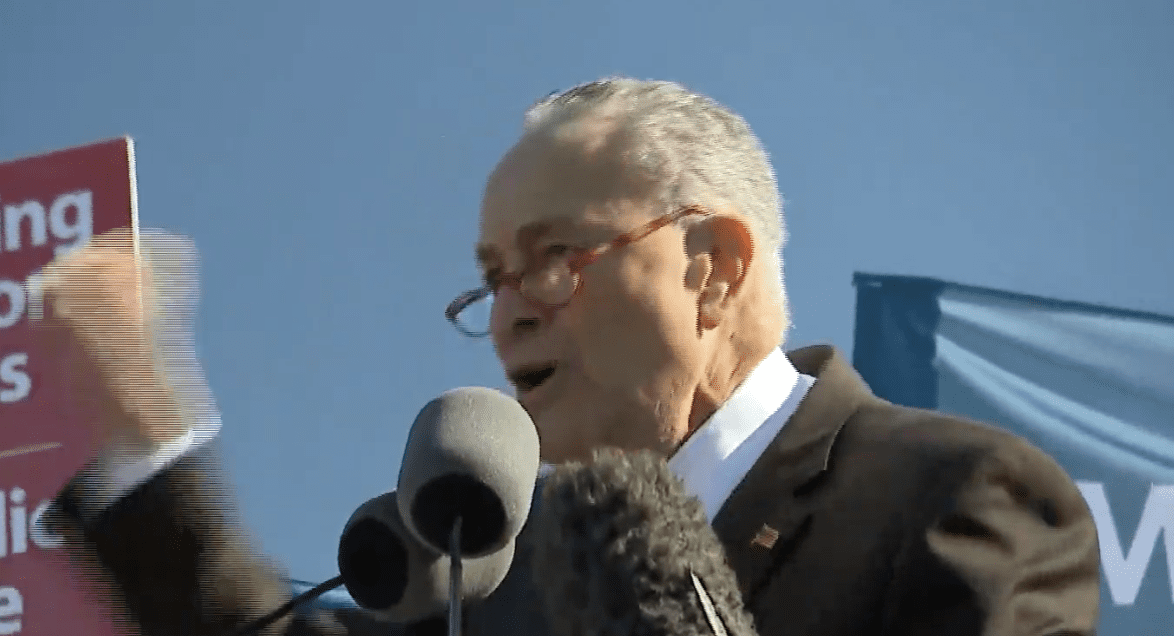 There was a huge abortion debate at the Supreme Court Wednesday, as the pivotal June Medical Services v. Russo case saw oral arguments delivered by the two sides. At issue is a Louisiana law that requires doctors at abortuaries, like at other ambulatory — or walk-in — medical clinics where outpatient surgery requiring anesthesia is performed, to have admitting privileges at local hospitals.

The law has been upheld in challenges both in district and circuit courts on its way to the Supreme Court, because it’s a fairly reasonable, common-sense regulation on the practice of abortion. The practicalities of the statute are fairly simple: if you’re in an abortion clinic to have an abortion, they’re going to put you under. And if something goes wrong, like, for example, if you start hemorrhaging and you need to go to the emergency room, you’re unlikely to be in any shape to admit yourself to a hospital. They can’t exactly wake you up to find out what medication you’re allergic to or whether or not you have a history of heart disease. It helps to have a doctor on hand who can take care of that, so that when your botched abortion threatens your life we’re only going to see one dead human being coming out of the transaction rather than two.

A similar Texas law, the one at issue in the Hellerstedt case, was tossed by the Supreme Court. The Louisiana visiting-privileges law is different for a number of reasons, most notably because Texas’ regulation of abortion clinics is conspicuous in its ardor for a state that is otherwise quite oriented toward the free market, while in Louisiana everything from florists to coffin-makers to hair-braiders are under the thumb of some board or commission somewhere. Not to mention the fact that abortion providers in Louisiana are notoriously slovenly in their quality control practices; just last year one of them was found to be employing an unlicensed doctor as an abortionist at a clinic that just a few weeks later very nearly killed one of its patients.

Not to mention that the Supreme Court is a little different now than it was when Hellerstedt was decided in 2016. Gone are Antonin Scalia and Anthony Kennedy, and replacing them are Neil Gorsuch and Brett Kavanaugh. Scalia was universally acclaimed as a pro-life jurist, but Kennedy was … shaky. It’s thought the switch to Kavanaugh, while it’s unlikely to produce a full-on departure from Roe v. Wade on the abortion question, will signal a shift toward a more permissive attitude about regulation of the abortion industry; that seems to be the one business the American Left has no interest in regulating at all.

As you might expect with so high-profile a case being argued inside the Supreme Court, there was a complete circus going on outside the building. And every circus must have its clown, so Chuck Schumer, the irascible jackass from New York, found a microphone and thought it would be a good idea to issue thuggish, mafioso threats at Gorsuch and Kavanaugh.

“You have released the whirlwind, and you will pay the price. You will not know what hit you if you go forward with these awful decisions,” Schumer said.

The June Medical case hasn’t even been decided yet, and Schumer is talking about releasing whirlinds and paying prices.

What the hell is this blabbermouth fool even saying?

That was a question Supreme Court Chief Justice John Roberts was asking by Wednesday afternoon, and Roberts wasn’t all that polite in the asking.

“Justices know that criticism comes with the territory, but threatening statements of this sort from the highest levels of government are not only inappropriate, they are dangerous,” he said. “All Members of the Court will continue to do their job, without fear or favor, from whatever quarter.”

This from a guy who is so afraid of politicians in Washington everybody seems to think he’s compromised by something. Schumer irritated him so much he put out a statement calling Schumer dangerous.

As you would imagine, President Trump was just a little more demonstrative in his rebuke to Schumer.

“This is a direct & dangerous threat to the U.S. Supreme Court by Schumer. If a Republican did this, he or she would be arrested, or impeached. Serious action MUST be taken NOW!” Trump tweeted.

That sent Schumer’s press flack Justin Goodman out to claim that Schumer was just talking politics and there’s nothing to worry about.

“Sen. Schumer’s comments were a reference to the political price Senate Republicans will pay for putting these justices on the court, and a warning that the justices will unleash a major grassroots movement on the issue of reproductive rights against the decision,” Goodman said.

Then Goodman followed that up by grousing about criticism Trump had made of Justices Sotomayor and Ginsburg.

But if Schumer really was just talking about politics — which he wasn’t — then he is a dunce who shouldn’t be running the Democrats’ Senate caucus. And no, Goodman’s attempted dodge that Schumer was really talking about the GOP’s chances of holding the Senate doesn’t fly, either. Gorsuch and Kavanaugh aren’t in the Senate, nor are their jobs affected in the least by the results of this fall’s elections.

For one thing, the idea that making sure abortion customers don’t drop dead on the operating table for a lack of qualified medical personnel on hand is a far-right assault on personal freedom is not all that sure a thing politically. When you proclaim that a “whirlwind” is coming because Gorsuch and Kavanaugh might think a state is within its rights to impose regulations on abortion clinics not all that far off the beaten track from what might be imposed on car repair places or restaurants at the next election, you come off like an idiot. This isn’t some 70-30 issue cutting the Democrats’ way; if it was one, then the bill that produced the Louisiana law probably wouldn’t have been written by a black Democrat, Katrina Jackson, whose record shows her to be fairly far to the left on the whole (though Jackson is sometimes refreshingly reasonable … sometimes).

But for another, if you’re your party’s leader in the Senate, you’re supposed to have reasonably good judgement. And that means you don’t go around saying things that could reasonably be interpreted as a call to violence. Particularly when an enthusiastic follower of one of your colleagues who is still a major presidential candidate and potential nominee of your party for president just three years ago tried to assassinate a large number of the House Republicans on a baseball field in northern Virginia. Or did you think James Hodgkinson was an Americans for Prosperity volunteer, Chuck?

Of course, in his arrogance Schumer would probably deny Democrats are ever even suspected of political violence, despite ample video evidence to the contrary James O’Keefe catalogued earlier this year.

Except the rest of us see right through this.

Watch your mouth, Chuck, or maybe you might reap a whirlwind of your own.

A legal one, that is, because what Schumer said could well be interpreted as a violation of federal law. As PJ Media’s Matt Margolis noted,

Of course, when you’re as arrogant as Schumer is you can no more imagine being charged with a violation of federal law than you can being held responsible when one of the partisan loons on your side proceeds to act on public statements you make that almost everybody else sees as threats of violence.

It’s who he is, and why nobody will be too upset if, after the Democrats in New York have districted her out of her congressional seat, Alexandria Ocasio-Cortez runs against him in a primary race and ends his political career. That’s a whirlwind, a price to be paid, and Schumer not knowing what hit him which would be defensible as a supreme bit of political justice.

Scott McKay
Follow Their Stories:
View More
Scott McKay is publisher of the Hayride, which offers news and commentary on Louisiana and national politics, and RVIVR.com, a national political news aggregation and opinion site. Additionally, he's the author of the new book The Revivalist Manifesto: How Patriots Can Win The Next American Era, available at Amazon.com. He’s also a writer of fiction — check out his three Tales of Ardenia novels Animus, Perdition and Retribution at Amazon. Scott's other project is The Speakeasy, a free-speech social and news app with benefits - check it out here.
Most Popular
1
Dismal Science
The Biden Administration: Sophistry in Motion
by Frank Schell