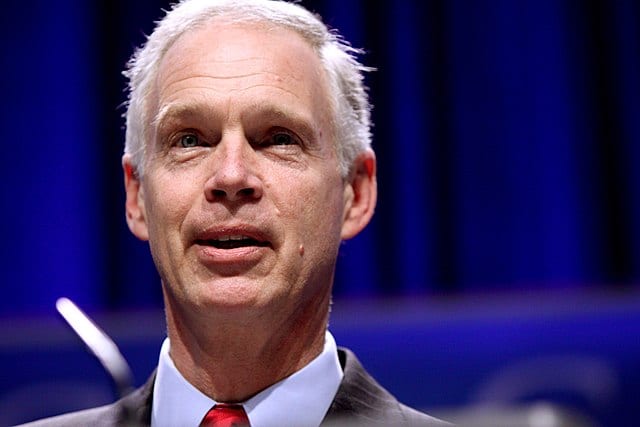 With the signing of Right To Try legislation on May 30, conservative Republicans and the Trump administration have once again shown that limiting the reach of the regulatory state and putting the interests of everyday Americans first remain top priorities.

The Right To Try legislation — which will ultimately give the seriously ill or those facing death the right to work directly with their physicians and drug manufacturers for access to drugs and treatments that have made it through the Phase I safety portion of the Food and Drug Administration’s (FDA) trial process — was first promoted in Congress by Sen. Ron Johnson (R-WI) back in 2016. Johnson had sent a series of letters questioning why the FDA has a year-long application process for expanded access to experimental drugs.

It was an important letter-writing campaign because one of the arguments opponents of Right To Try often assert is that they say most requests for expanded access — also called “compassionate use exceptions” — are granted, and that strategy has been moderately successful at tempering public pressure. Despite its success, however, it’s a misleading claim. The National Right to Try organization notes the number of exemptions approved per year is only about 1,200, but the number of people with terminal illness who will die awaiting treatment during the same period is close to 1 million.

Thankfully, Johnson wasn’t deterred. He wrote letter after letter to FDA inquiring why some drugs were languishing in the agency’s costly, time-consuming process.

Having determined FDA’s drug-approval system is faulty, Johnson then introduced the Trickett Wendler, Frank Mongiello, Jordan McLinn, and Matthew Bellina Right to Try Act of 2016, which ultimately passed the Senate with unanimous consent. A similar bill was signed into law by Trump in May.

While Johnson, Trump, and others deserve a great deal of credit for their efforts in Washington, D.C., it’s important to remember this movement began long ago in states across the country, spurred by groups like the Goldwater Institute, The Heartland Institute, and other advocates of limited government. Thanks to their efforts, 40 states have enacted Right To Try laws.

With so many states deciding to act on their own, especially during the fight to repeal and replace Obamacare, some may wonder why there’s a need to pass federal legislation now. The answer is two-fold: First, states and drug manufacturers need federal legislation to shield them from future liabilities imposed at the federal level, including potential backlash from FDA regulators who might be unhappy some people are attempting to circumvent their bureaucratic powers.

Second, FDA has total control over nearly every kind of drug manufactured and sold across state lines.

Third, the Right To Try effort turns the centralized, national government-focused system on its head by using it to limit its own power to regulate. It’s a prime example of how a powerful, grassroots, state-centered campaign to influence federal legislation can create important, even life-saving, policy reforms.

Right To Try is a monumental achievement for those of us who have been fighting for decades for greater health care freedom. Thanks to this important legislation, the efforts of state policymakers across the country, and pro-liberty groups like The Heartland Institute, millions of people will finally have the power to try experimental drugs — with the approval of their physician — when all other options run out. What a great time for freedom!

Sarah Lee (Slee@heartland.org) is a health care research fellow at The Heartland Institute.