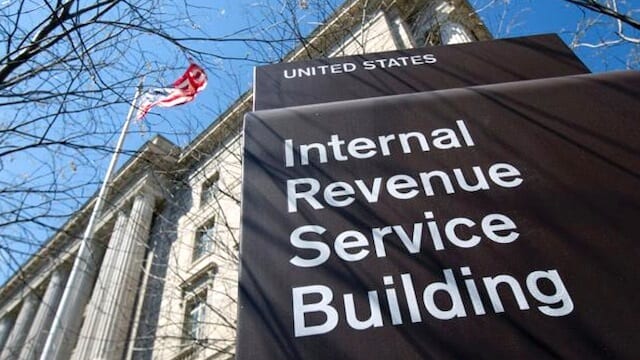 What do the French digital services tax, the employers’ share of payroll taxes, and the corporate income tax all have in common? They are rarely shouldered by those entities and individuals targeted by legislators. In fact, one of the most important things to know about taxes is that the people who actually write the checks to the Internal Revenue Service (or to its French equivalent) are seldom the ones who actually shoulder its burden.

In 2004, economist Stephen Entin wrote, “The economic burden of a tax frequently does not rest with the person or business who has the statutory liability for paying the tax to the government.” That’s because taxes are paid only by flesh-and-blood individuals. The actual incidence of any tax is not determined by the formalities of the tax code but rather by the realities of markets — specifically, by how sensitive buyers are to price changes, relative to sellers. It makes it difficult to fully predict the full impact of taxes, but as a general rule, it is rarely what politicians think.

Take, for example, the employer’s statutorily stipulated share of the payroll tax. On paper, workers and employers each pay 7.65 percent of the employee’s salary and wages. Employers send their portion of the tax as well as the one collected from their employees to the government. But this fact doesn’t tell us anything about the tax’s true burden. Economic research shows that employers shift the burden of the payroll to their employees by decreasing workers’ wages by almost 7.65 percent.

So the next time you hear someone announce that they want to enact a federal paid leave policy to be paid for by increasing the payroll tax, ask yourself whether it makes sense for the government to give to workers with one hand and then to take from the same workers with the other hand. This is precisely what will happen. Employees end up paying their share of the payroll tax increase, in addition to paying — through lower wages — their employers’ share.

Payroll taxes are extremely regressive, disproportionately impacting low-income earners, so any hike in such taxes will hit those workers especially hard. That includes, of course, the workers that government paid leave policies are supposed to help the most.

What about the corporate income tax? From Sen. Elizabeth Warren to author Marianne Williamson, Democratic presidential candidates have been telling workers that, if elected, they’ll repeal President Donald Trump’s 2017 tax reform. That includes repealing the corporate income tax rate reduction from 35 percent to 21 percent. If that happens, these candidates assert, corporations will foot more of the tax burden and, thus lead to a more equitable world.

Don’t fall for it.

First, corporations don’t pay taxes. People do. In this case, economists have figured out that a big chunk of the additional tax burden will be shouldered by workers and shareholders (if you have a retirement plan, that means you).

What economists can’t seem to agree on is the degree to which workers are burdened. Estimates range from 66 to 100 percent of the tax falling on workers in the form of lower wages. Democratic candidates should think about this large burden when calling for a restoration of the 35 percent corporate tax rate.

Finally, France’s government has announced that it will impose a 3 percent digital tax on the revenue of American tech giants like Facebook, Google, and Amazon. The rationale is that it’s supposedly necessary to make internet companies pay their “fair share” of taxes. But if that’s the true objective of this blatant extraterritorial tax grab, it’ll completely miss the mark. Big tech firms won’t ultimately shoulder that tax; consumers will.

Consider Amazon. That tax will force the company to reduce its capital investments. Less investment means less production, lower productivity, fewer jobs, and higher prices for consumers. This prediction is consistent with a recent report by Deloitte, which finds that big tech companies will pay only 5 percent of the tax. The rest of the tax burden will be passed along to consumers who use the digital platforms.

The bottom line is that nobody can determine who truly bears the burden of a tax just by looking at where or on whom it is initially imposed, regardless of what the tax is called. Politicians better learn that lesson unless they want to continue hurting the people they claim they want to help.