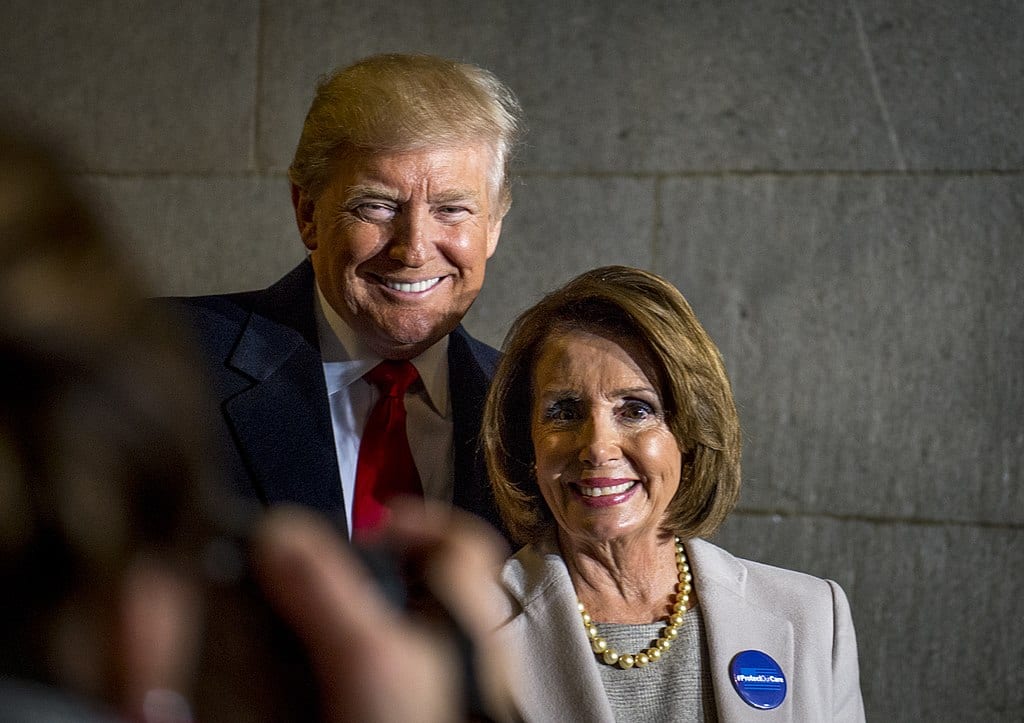 Donald Trump, weeks after presiding over the longest government shutdown in American history, boasts his highest approval ratings since his administration’s infancy. Speaker of the House Nancy Pelosi, after refusing to budge in negotiations with the president, sees a 75-12 approval/disapproval rating among Democrats that bests the numbers of every Democrat running to replace Trump.

Can Americans agree to disagree that Americans find disagreement disagreeable?

The electorate’s seeming reward for intransigence — yes, Trump’s bump came in part from his conciliatory State of the Union — speaks ill of the prospects to avoid another shutdown. The government, or at least those nonessential parts of it, closes again this Friday unless the president and Congress can come to an agreement. But, based on the poll numbers, the electorate does not seem to incentivize agreement.

Congressional leaders announced reaching a tentative agreement Monday evening. But funding for the president’s border structure, referred to by competing euphemisms (Is it a fence or a wall?) depending on the speaker’s party affiliation, reaches about a third of the requested amount in the deal. “Just so you know,” Trump told an El Paso audience, “we’re building the wall anyway.” Maybe this means he accepts the allocated money, and then bypasses Congress by using emergency funds for the rest.

The parties coming together to fund the government seems a fairly basic expectation deserving of no special applause if achieved. If elected officials cannot perform this basic function, then hopes for something more ambitious appear misplaced. Yet, the country faces bigger problems than funding the National Parks, the National Endowment for the Humanities, and the National Zoo’s panda camera.

Healthcare costs weigh down Americans the way taxes once did before Ronald Reagan came along. The healthcare burden took on the weight of about five percent of gross domestic product in 1950, seven percent in 1970, and 12 percent in 1990. It now exceeds 18 percent. The federal government estimates that the slice of the GDP devoured by healthcare exceeds 20 percent sometime in the middle of the coming decade. After noticing the pattern, one might notice nobody doing anything about disrupting the pattern.

About a third of federal spending goes, directly or indirectly, toward healthcare. The greater the role assumed by the federal government — through Medicare Part D, Obamacare, and much else — in financing doctor bills, the greater the bill to the American people through the national debt. Politicians seek more spending on healthcare as we spend more on healthcare. This makes the problem worse by spending more when we should find ways to spend less. Alas, when people find something too expensive — e.g., college tuition — the government often responds by subsidizing the desired good and thereby incentivizing further price increases, rationalizing greater subsidies, and so on.

Solving the debt problem requires addressing the out-of-control healthcare spending issue first. Spending $7,000 per patient instead of in excess of $10,000 per patient, for instance, would cut the deficit in half and divert a trillion of presently spoken-for money back into the economy. Individuals, business, and governments would all benefit.

But like the public’s disincentivizing bipartisanship in something as elementary as funding the government, constituencies reward obstructionism in healthcare instead of constructive solutions. Americans understand a massive problem exists (even if some politicians imagine it not a problem of affordability but one of universal access). But they do not reward those political actors who try to solve it.

Democrats love Pelosi because she stands against Trump and Republicans love Trump because he stands against Pelosi. We want a cure for sick healthcare. We just do not want to work with the other side to find that cure.