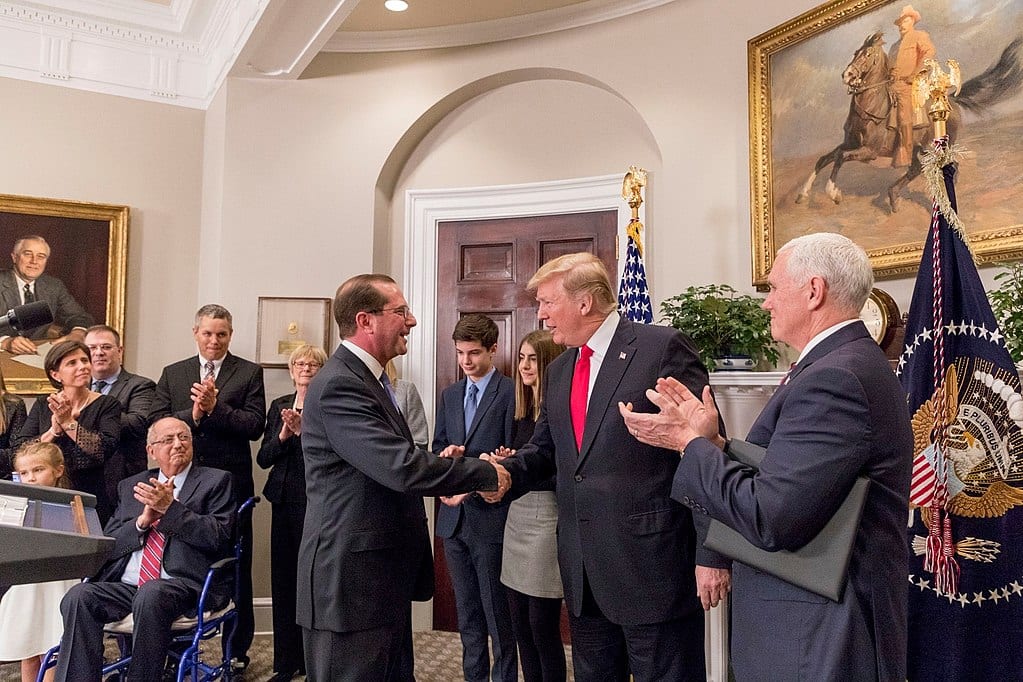 Throughout the 2016 presidential campaign and subsequently from day one of Donald Trump’s presidency, he has insisted on presiding over an “America First” agenda. While his Administration has indeed advanced many laudable policies in that, some more obscure Trump proposals run quite contrary to that principle.

One such program is the proposed “International Pricing Index” (IPI) model introduced by the Administration late last year. If implemented as proposed, American patients would be put second to bureaucratic drug price controls of foreign governments and healthcare decision making of third-party vendors.

Drug pricing is an important bipartisan issue for millions of Americans, especially for those with life-threatening or chronic conditions who rely on life-saving medicine and tailored treatments. Patients who are fighting for their lives should be put first in receiving the best care.

The proposed model announced by Health and Human Services Secretary Alex Azar late last year would match how much Medicare pays for certain drugs to the average price charged for those drugs in 16 other countries, where government price controls keep them artificially low. Payment for Part B drugs used to treat vulnerable Medicare patients would be based on what foreign governments say they are worth — opposed to their actual value to patients and providers.

What if your mother fighting cancer was restricted from getting the drug that gave her the best chance for survival? What if her care were no longer dictated by her trusted oncologist, but a third party vendor with no clinical expertise instead? What if the breakthrough cure your mom needed were left undiscovered? These questions could become the unfortunate reality for many with the new IPI model.

Currently, American patients are given access to roughly 90 percent of all the medicines released worldwide and work closely with physicians to select treatments based on evidence and best practices. The IPI model would disrupt this close knit physician-patient relationship and import foreign-based price controls regardless of value or innovation.

Today, the Medicare Part B program enables physicians to make specific case by case adjustments on drug regimens based on several factors like a patient’s needs, drug sensitivity, or weight variation. The introduction of a third party vendor will greatly disrupt these already established and tailored treatment regimens for patients with life-threatening conditions, delaying their access to timely treatment while introducing unnecessary levels of bureaucratic complexities and increasing administrative burdens on care providers.

America’s ability to lead the world in research and innovation could also be greatly hindered by foreign price controls. According to a report for the U.S. Department of Commerce, it is cited that international reference pricing and other foreign price controls suppress worldwide private research and development investment by 11-16 percent annually. This could greatly impact the number of new innovative medicines brought to the market that have the potential to save lives.

In the short term this proposal might save our government some money, but in the long term it will be putting Americans with life-threatening diseases in the backseat while restricting their access to the best quality care to follow the lead of foreign countries with screwed up healthcare systems. That certainly isn’t putting American patients first.