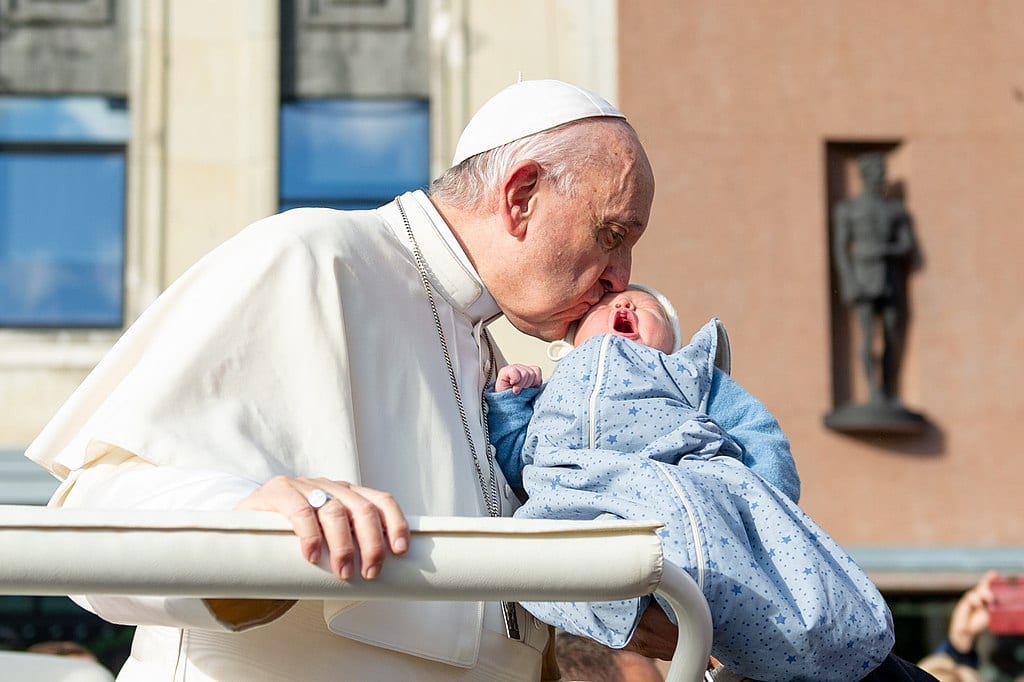 On his trip back from Panama, Pope Francis appeared to defend the tradition of a celibate priesthood in the West. He said, “Personally, I believe that celibacy is a gift to the church. Second, I’m not in agreement with allowing optional celibacy.” That sounded pretty strong. But then a note of wavering came. Was, reporters asked, he closed entirely to the question of a married priesthood? “Maybe,” he said, before discussing the “possibility” of ordaining married men in remote parts of the world.

This has been a pontificate of head fakes, and here was another one. In fact, it is pretty clear that he favors a revision to the Western tradition, one that would permit married men to serve in “remote” countries of the world, a position to which he has long been drawn. During the press conference on the plane, he made reference to the need for priests in places such as the Amazon. He says that he willing to “study” the question of ordaining married men for such assignments. “Studying” questions is one of his methods of changing tradition: he has already set up a commission to “study” the possibility of female deacons.

For much of this pontificate, Francis has sent mixed signals on the issue of married priests. He has spoken of the value of a celibate priesthood but in the same breath has emphasized that “it could change” and that discussing changes to the discipline “is on his agenda.”

Several bishops have acknowledged conversations with the pope in which he seemed to express an openness to a married priesthood. After the German bishops raised the matter with him, “he made no sign of refusal,” Bishop Hans-Jochen of Hamburg told the press. One of his advisers, Brazilian bishop Erwin Krautler, has even said that Pope Francis urged him to make “bold, daring proposals” about a married priesthood and that the pope was leaning toward permitting national conferences to settle the question.

Pope Francis is planning a conference with South American bishops this year, during which “the question of ordaining married men of proven virtue — so-called ‘viri probati’ — is expected to figure on the agenda,” according to the Associated Press.

None of this points to the preservation of tradition but to tinkering with it. One often has to look at the fine print in papal messages in order to understand what’s really happening. Take the WikiLeaks disclosure this week of a papal letter in which it sounded like Pope Francis was defending the Church’s prohibition on the use of artificial birth control in a 2016 matter related to the Knights of Malta. In the letter, the pope appears to express concern that the organization might have been violating the Church’s teaching in the course of its charitable work. He said that he would be “disappointed if high officers were aware of practices such as the distribution of any type of contraceptives and have not yet intervened to end such things.” But in fact the letter was all a ruse: the pope ended up defending the officials responsible for the contraceptive scheme and punishing those who brought it to light.

Far from disappointed in Catholic organizations that distribute condoms in the Third World, this pope, who is famous for his situation ethics, has run interference for them. In 2016, on his way back to Rome from Mexico, he delighted reporters by approving of contraceptive use by women infected with the Zika virus. He also told reporters a story, which turned out to be untrue, of Pope Paul VI approving contraceptive use in the 1960s by missionaries in Africa who were in danger of rape.

His comments about the Zika virus caused an uproar and charges that the pope had been misquoted. But the press had reported his position accurately, as the Vatican press secretary acknowledged in a later statement: “So contraceptives or condoms, especially in cases of emergency and seriousness, may also be the subject of a serious conscience discernment. This is what the pope said.”

A year earlier he had appalled Catholics with large families and wowed environmentalists when he told the press that Catholics shouldn’t be “like rabbits.” Such remarks have captured the undeniably subversive quality of this pontificate. Even when he says he is defending tradition, more than often than not he is pushing an exception or an innovation under its guise.