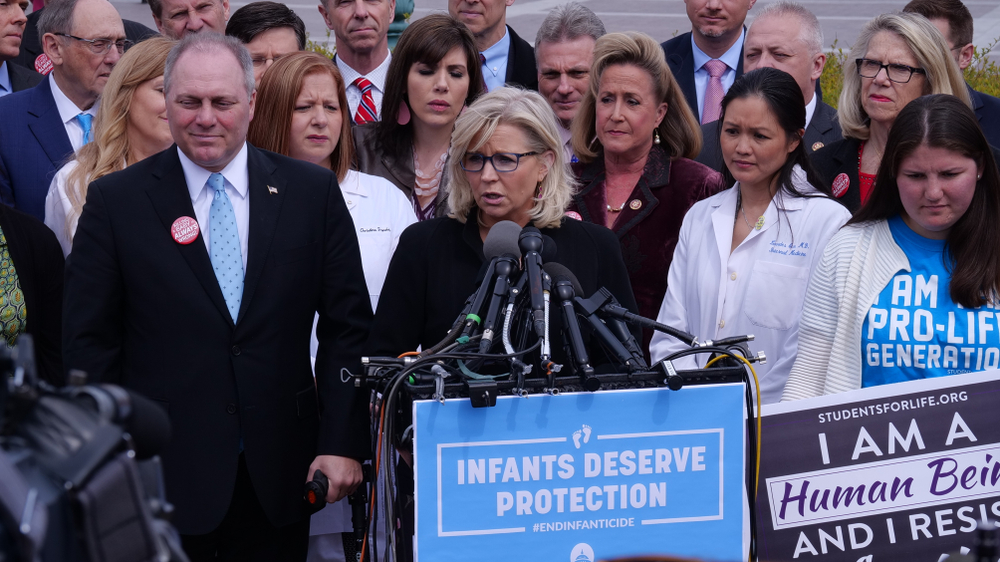 The surnames Cheney and Palin may for many evoke a bygone era in Republican politics, but on Tuesday night it will be anything but. Both names will be set before voters, but under very different circumstances. In Wyoming, over a year and a half after Rep. Liz Cheney voted to impeach then-President Donald Trump, Republicans are set to abruptly end her political ascent. In Alaska, the former governor and 2008 vice presidential nominee, Sarah Palin, will be seeking to reenter politics via a special election for the state’s lone House seat, vacated when the late Rep. Don Young died in March.

Cheney once was considered a rising star in the GOP. A party leader in the House, she was widely thought to be a frontrunner in the race for Sen. Mike Enzi’s seat in 2020 before she elected to stay in the lower chamber. There were whispers that she wanted to climb the House leadership ladder and perhaps one day become speaker.

But after the 2020 election and the Jan. 6 Capitol riot, Cheney has turned into a fierce Trump critic, declaring that her No. 1 political priority is opposing the former president and preventing him from ever gaining office again. She has also attacked fellow Republican members, including House Minority Leader Kevin McCarthy. Her torrid opposition to all things Trump has made her not just out of step with the party but out of place. She was stripped of her position as caucus chair and has become a pariah among her fellow partisans. Independent polling has shown Cheney significantly trailing lawyer Harriet Hageman, a candidate who has support from Trump, McCarthy, and a broad spectrum of other national GOP leaders.

Whatever else might be said of the Wyoming Republican, she appears to be aware that her state isn’t interested in what she’s selling. Despite having a massive war chest of over $7 million, Cheney has been off the airwaves. Her campaign is airing some ads … nationally. Wyoming, they likely gather, is a lost cause. The campaign has encouraged Democrats to register as Republicans to support Cheney in the primary. But Wyoming, already the state with the smallest population, has precious few Democrats. Biden received less than 27 percent of the vote there in the 2020 election, his worst showing in any state. According to FiveThirtyEight.com, there simply aren’t enough Democrats to save her.

Rather than conceding they’ve outstayed their welcome in the party, Cheney and those close to her seem determined to fail upwards. Is a presidential run by the scion of the former vice president in the works? According to the Washington Post, maybe. Refusing to endorse a Trump alternative that might more broadly appeal to the party, like Florida Gov. Ron DeSantis, anti-Trump Republicans see Cheney as a vessel to torpedo another Trump presidential bid. Of course, given the likely results tonight, the Donald might simply swat her away without much ado.

In Alaska, there is significantly more intrigue and less certainty about Palin’s fate. Vote-counting in Seward’s icebox is expected to be glacial; in 2020, it was the slowest state to tally its results. Because of Alaska’s red hue, however, the outcomes in federal races were still known relatively quickly, even if the exact results were not.

Exacerbating the situation is that Alaska is running this election under their new ranked-choice voting system. Under the rules, there are to be four candidates on the ballot, and voters will rank them from their favorite to least favorite. The candidate with the lowest number of first-instance votes will be eliminated and their votes distributed to the other candidates until one of them breaks 50 percent. This complicated process means that knowing the winner of the election may take even longer than usual.

Actually, though, there are only three candidates running because the fourth one who qualified, independent 2020 U.S. Senate candidate Al Gross, unexpectedly left the race. Palin is by far the most prominent of the three remaining. A former mayor of Wasilla, she was elected governor in 2006. She was selected to run for vice president alongside former Sen. John McCain in the 2008 presidential election. After McCain was defeated, she went on to become an influential member of the Tea Party movement.

Palin faces two opponents, a Republican and a Democrat. The Republican is Nick Begich, although an Alaska native might be forgiven for thinking otherwise. The Begichs are a dynasty in Alaska, but a Democratic one. Members of the family have served as minority leaders in the state senate, as the state’s at-large representative in the U.S. House, and as senators. This Begich, though, is a Republican, and he is seeking to reclaim the House seat that belonged to his grandfather, also named Nick Begich, from 1971 to 1972.

The third candidate, Native-American activist and former state Rep. Mary Peltola, is the race’s lone Democrat. She has taken progressive positions on policy issues, including calling for packing the Supreme Court. Polling of the race is sparse, and Alaska is a difficult state to poll. It remains unclear who has the edge, and it may remain so for some time after ballots are cast.

Both Cheney and Palin have deep ties to the GOP’s past. Voters will decide on Tuesday what their role in its future might be.