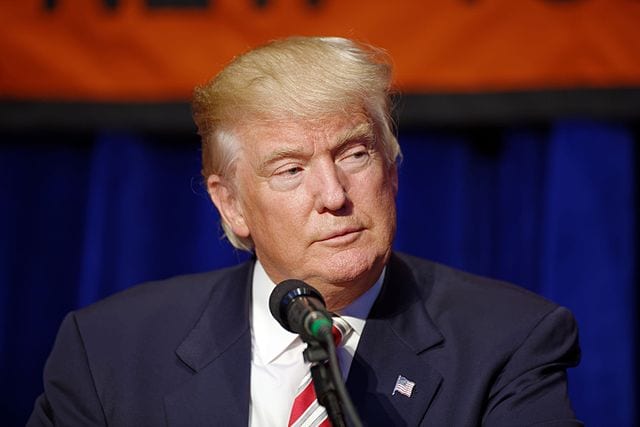 Although President Trump has indicated a desire to sign bilateral deals with each of those countries and abandon NAFTA, Canada and Mexico want to resign that agreement. The problem is that while the U.S. and Mexico have been at the negotiating table, Canada has been cooling its heels back home.

Mexican President Enrique Pena-Nieto joined Trump in the Oval Office on Monday and continued to emphasize his desire for a trilateral deal between the nations.

“I desire, I wish that the part with Canada will be materializing in a very concrete fashion, and we can have an agreement the way we proposed it from the initiation of this renegotiating process, a tripartite,” Peña-Nieto said.

A senior Trump administration official said that “we’re at a position where we’re going to have discussions with Canada this week and see where we get to,” and while he added that the quick announcement of the agreement “wasn’t designed to put pressure on anybody,” the U.S. plans to take a letter stating the NAFTA renegotiation to Congress by the end of this week whether or not Canada is on board. By law, Trump cannot sign a new deal without that notification to Capitol Hill.

“What we will do is ideally Canada will be in and we’ll be able to notify that. If Canada is not in then we’ll notify that we have an agreement with Mexico and we are open to Canada joining it,” the official said.

The deal with Mexico will limit how low it can pay its workers, which should help the U.S. keep more manufacturing jobs stateside. The $71 billion trade in goods deficit the U.S. had with Mexico last year was due in large part to the lower worker pay in that country.

The deal also increases the percentage of an automobile that must be made in North America to make it eligible for lower tariffs when being imported into the U.S. Christian Whiton, who previously served as a senior adviser in the Trump and George W. Bush administrations, wrote in Fox News that the move “will be a major boon to American automotive workers and that industry’s domestic supply chain.”