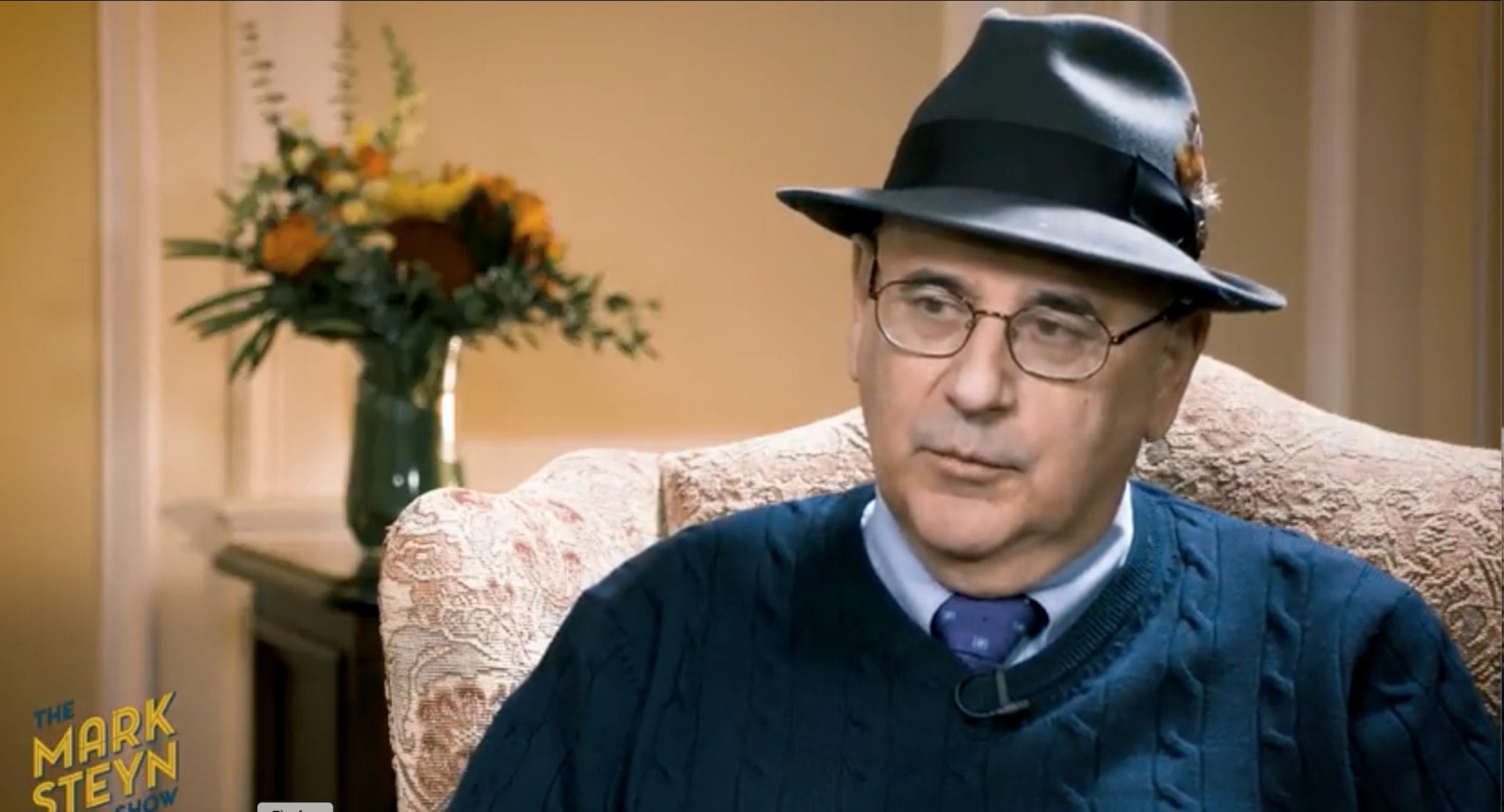 Allen Mendenhall: Thanks for doing this interview, Frank. Your last book, The Way Back, addressed issues of economic inequality and the rise of the New Class, a manifestation of an old form of aristocracy consisting of people who can, so to speak, “game the system” through special favors and loopholes in laws. Your new book, The Republic of Virtue, is an extension of that theme, focusing on government corruption. It’s come to light that the Justice Department is investigating activities of the Clinton Foundation, a target of yours. What does this investigation mean for our “Machiavellian moment,” a term you use in the book?

F.H. Buckley: Thanks for having me, Allen! The new book, The Republic of Virtue, is a companion to my 2016 book, The Way Back (now out in paperback). The earlier book described a crisis in American politics, the demise of the American Dream of a mobile society in which our children would have it better than we did. The Republic of Virtue details how we got here, through a deformed political system in which our politics are dominated by the greatest network of patronage and influence ever seen in the world.

That’s not what the Framers of our Constitution wanted. They admired British liberty, but not British corruption, and the constitution they gave us was meant as an anti-corruption covenant. They had read their Plutarch and like Machiavelli yearned for disinterested leaders who would seek to serve the public interest. Hence the term, “Machiavellian Moment.” We had another Machiavellian Moment in 2016, when voters saw in Hillary Clinton the very personification of corruption.

AM: What did corruption mean for our Framers?

FHB: Corruption meant Britain, the way votes were purchased on the hustings or in Parliament. It meant putting self-interest over the public good. They had a strong sense of fallen humanity, George Washington, James Madison, Gouverneur Morris, all of them. But they hoped they had found an answer to private vices in a Constitution that promoted public virtue. For some, this meant a strong national government, since they thought that self-interested leaders were more likely to be found at the state level. For others it meant just the opposite — strong state governments that would be closer to the people. With Gouverneur Morris and James Madison, some thought that the parts of the federal government should be kept distinct, in a separation of powers, to prevent coalition-building and “cabals.” In the end they were not entirely sure what they had given us, except that all thought we needed to unite over a constitution, and all hoped that it would give us a set of disinterested leaders such as the man on the dais before them — George Washington.

AM: Their hopes have not materialized, I’m afraid. It takes more than a constitution to thwart corruption, doesn’t it?

FHB: There are a good many myths about the framing of the Constitution, that the Framers necessarily had to come to an agreement, that it was a “Madisonian” document. But the greatest myth was perhaps that of a machine that would run by itself. Relative to parliamentary government, in Walter Bagehot’s day eighty years later, presidential government fairly welcomed corruption.

FHB: The Framers saw corruption at first hand when some of them visited Britain. They also saw it in the low mean politics of Albany and Orange County VA. But nothing could have prepared them for today’s Washington. And there’s a simple reason for that. There is, amongst governments in the world, no greater concentration of wealth than in Washington. At the same time, thanks to technological changes, it is easier to assemble an interest group at the national level than Madison could ever have imagined. Hence the crony capitalism of the K Street lobbyists.

It is fashionable today to blame the “deep state,” the regulatory apparatus, for all this. Don’t believe it. There’s a regulatory state in every country. The difference is that we’re richer than other countries, and there’s more boodle to capture here.

AM: You mentioned that this book is a companion to The Way Back. What drew you to these subjects? Are they a longstanding academic interest of yours or were you compelled to write about them in light of political circumstances? Perhaps both?

FHB: If 2016 was a Machiavellian moment, it was also a Hamiltonian moment. In this, I am referring to W.D. Hamilton, the evolutionary biologist, who was possibly the greatest 20th century conservative. Hamilton proposed the “gene’s eye” view of human action, which Richard Dawkins later called the “selfish gene” hypothesis. In The Way Back I explain that this is why we are impelled to favor our descendants over ourselves. And that explains 2016, where ordinary Americans recognized that the American Dream, the idea that our children would have it better than we did, was broken. The Republican Establishment missed this, of course. Against stupidity, the gods themselves are helpless, said Schiller. And he hadn’t even met a Republican!

FHB: Regression analysis is a statistical technique to isolate the contribution of different factors in explaining their correlation with a predicted variable. What I was able to show is that presidential regimes generally are less free and more corrupt than parliamentary governments. In short, to the extent that America is free and virtuous, that’s in spite of and not because of its constitution. America is free because it’s American, and not because the Framers gave us a perfect constitution in 1787.

AM: You’ve tackled several subjects in The Republic of Virtue, including corruption, republicanism, the Constitution, the separation-of-powers doctrine, federalism, and more. You’ve even proposed some reforms. How optimistic are you that we’ll find our “way back,” to borrow your coined phrase?

FHB: The title of the book, Republic of Virtue, is ironic. There is no republic of virtue, and people who thought they could get there found, like Robespierre, that a few heads had to be chopped off in the process. Instead of grand reforms, therefore, we should concentrate on the smaller reforms that I propose, which are principally directed at curbing the influence of lobbyists. We cannot and would not want to prevent them from offering information to elected officials. But at the same time there is no reason why they should be permitted to contribute and help organize Congressional campaigns, or worse still offer jobs to Congressmen.

Thanks again for the interview!