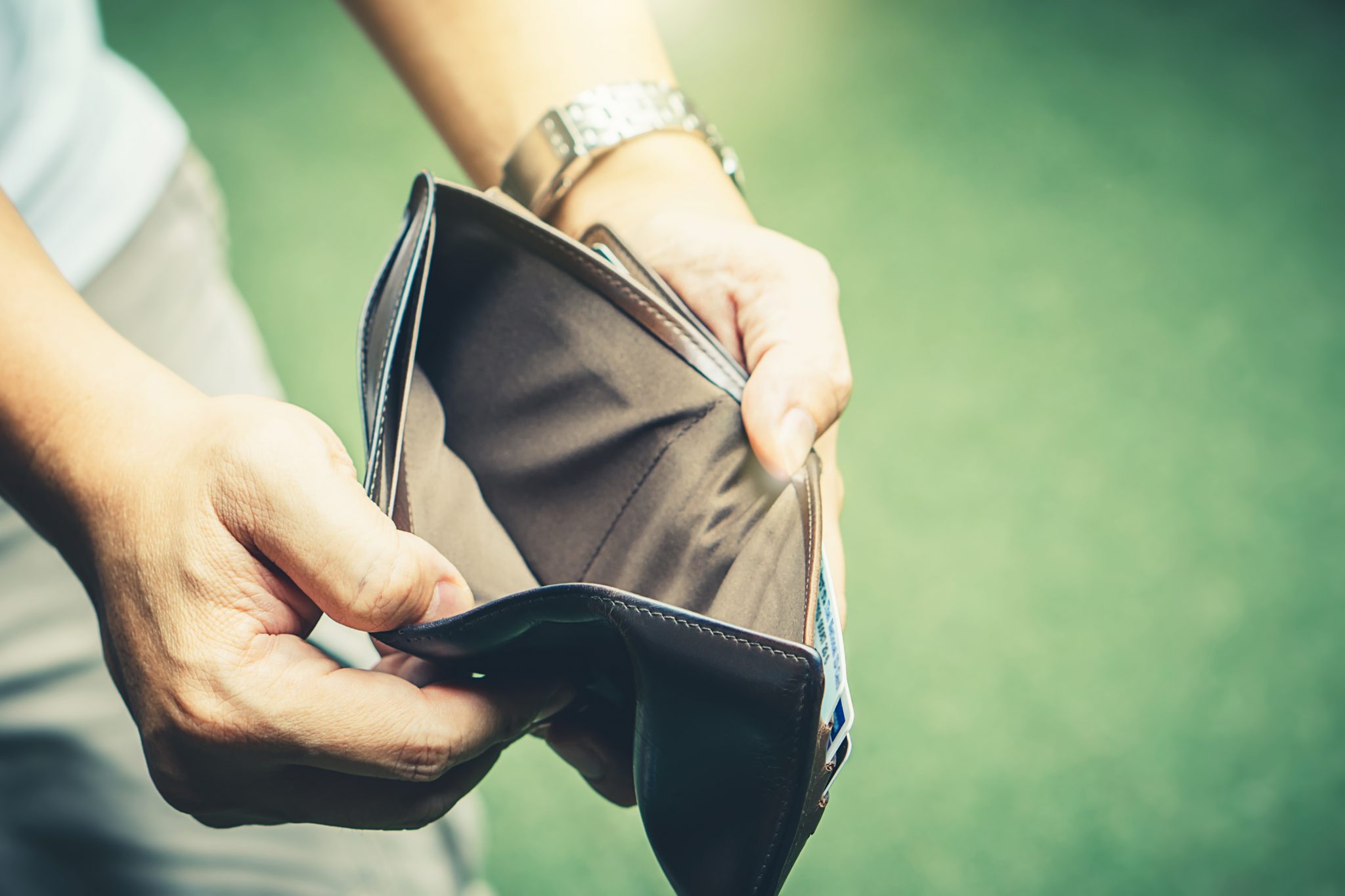 Economists predict the future in order to demonstrate that we have a sense of humor. When someone even thinks of adding a decimal point to the mix, all dismal scientists fall to the floor in paroxysms of laughter. If we had a crystal ball, we’d all be rich, but we don’t, and we aren’t.

Nevertheless, I will press ahead with some prognostications. Hopefully, someone will enjoy the joke.

One of these days, sooner, hopefully, rather than later, COVID-19 will possibly vanish into the history books, never to bother us again. We shall then be released from isolation at home, staying at least six feet away from pretty much everyone else. We shall once again be able to access air travel, grocery shop without fear, go to a bar or ball game, and enjoy restaurants — and not just for takeout.

But the unemployment rate we will face on that happy date will be gargantuan, even more than at present. Will we be able to shake off what now looks like a depression, not a mere recession, in a matter of weeks, if not days, like a dog dries himself by shaking himself? Or will we be in the economic doldrums for years, as in the aftermath of 1929?

I expect the former, not the latter, and not just because I of course prefer it.

I argue from analogy. Consider several other cases in point where there was a large upheaval, and there were subsequently great fears of economic disarray.

Exhibit A: New Orleans after Katrina (well, it wasn’t really Katrina’s “fault”; that storm missed Bourbon Street and hit the coast 40 miles to the east. The guilty party was the U.S. Army Corps of engineers, whose levies collapsed; the problem is, they are still business, but that is a story for another day.). The recovery problem was that doctors feared to return since groceries were not yet open after the waters receded. Grocery workers also were loath to come back, since there was no assurance they could access gas for their cars. And, in a vicious circle, gas station attendants were reluctant in the absence of doctors, dentists, and other health-care professionals. Same for all others. Yet, within a matter of weeks, not months, after the environs dried up, people started creeping back to the Crescent City, squeezing the water out of their possessions, obtaining new refrigerators, etc., and the situation returned to normalcy.

Exhibit B: The return of the troops in 1946. Some 12 million U.S. soldiers were “dumped” upon our shores at the conclusion of the war. There were great fears our economy could not absorb all of them at once. This was thought to constitute a great disruption of our labor market. From whence would jobs for all of them emanate? Yet, in the event, not only did virtually all find employment but the economy also boomed, and not from artificially lowering interest rates, which sets the stage for a subsequent bust. Some of the greatest improvements were made in our economic welfare at that time.

Exhibit C: The Marshall Plan. There is no more adamant critic of foreign “aid” than economist Lord Peter Bauer. He insisted on characterizing these programs “government-to-government transfers of funds” instead of that more popular appellation, since he thought it needlessly pejorative. Many of these programs were dismal failures, not “aid” at all. Most of the financing went into the three M’s: Monuments (usually a statue of the dictator, but all too often a steel mill that cost the recipient country quadruple the world price), Mercedes (e.g., foreign bank accounts), and Machine guns (we all know all about these). And yet even Bauer was forced to acknowledge the relative success of the Marshall Plan in putting back together war-torn Europe. (Hint: the success wasn’t due to their new factories. Their old ones were bombed to smithereens, and we only had old ones. We, too, could have built new plant and equipment if needed).

What do these three examples have in common? In all three, we were dealing with a skilled population, highly motivated to get things back to normal, where the rule of law prevailed, people were in the habit of saving, and bourgeois norms were the order of the day, at least for most people.

But the same will pretty much apply if and when the “all clear” bell is rung on the coronavirus. Thus, here is the case for relative optimism.

There are, however, two caveats. The present $2-trillion-plus relief package is being financed with vast money creation. Therein lies the seeds of future price inflation. The risk is a return to double-digit price hikes. That could be one worm in the apple. Hopefully, our lords and masters in Washington, D.C., will not impose price controls or implement “Whip Inflation Now” policies of a bygone era. These will only worsen the situation.

Second, the extended debacle of the 1930s is also a possibility. But this was extended by Hoover’s and FDR’s attempts to artificially prop up the economy. If we now follow the relative laissez faire policies employed during the equally dangerous at the outset challenges of 1921, the prognostication is rosy.

So far, I have been assuming that the pandemic will be over within a few weeks, or, at the absolute most, a month or two. Let us now consider a much worse scenario, a devastating one. The outlook for the economy is then far more dismal (economics is not known as the “dismal science” for nothing.)

Posit that the coronavirus stays with us forever. No reliable vaccine or cure ever arises. Then, we are not so much in a depression as reduced to an economic status with one hand tied behind our backs. That is, an important part of our labor force would be relegated to working from home.

What would this look like? People with the disease would likely be quarantined for the rest of their lives; think leper colonies before that malady was wrestled to the ground. Elderly people and those with ailments of the heart, lungs, diabetes, obesity, etc., would be strongly advised to quarantine themselves but would not be required to do so; not unless our present nanny state regulations survive. But if they contracted the sickness, it would be off to permanent quarantine. Everyone else would leave normal lives, assuming that young, otherwise healthy folk are invulnerable to this sickness.

Indeed, this should be the policy employed right now: allow a normal life for everyone who is not COVID-19 positive. Reasonable public policy is to reduce total avoidable deaths, not to focus on only one causal element, ignoring all the others. If virtually everyone is in effect under house arrest, that will not likely be the way to minimize early demise overall.

Under these horrid assumptions, the economy would suffer an important body blow. The productivity of most people, not all of us, would take a big hit if they were homebound. But we would survive. All is not lost from a narrow economic point of view, even in this dire scenario.

Do I believe no vaccine, or better yet, cure, will ever be discovered? I along with many others are reasonably hopeful, even if it will take 18 months or so to impact our population. There are possible breakthroughs with repurposed drugs used to fight other illnesses, such as malaria, Ebola, rheumatoid arthritis, and HIV.

I am no expert on this matter, and I believe fervently in specialization and the division of labor. I am only a mere economist. But my prudential judgment is that a species that can reach the moon, cure polio, and do 1001 other wondrous things can also put this horror behind us. Nevertheless, it still behooves us, even though it is depressing, to also consider worst-case scenarios.

OK, you can now stop laughing.

Walter E. Block is the Harold E. Wirth Eminent Scholar Endowed Chair and Professor of Economics at Loyola University New Orleans. His Ph.D. was from Columbia University. His interests include Austrian economics and libertarian theory. He has published over 600 articles in refereed journals, 27 books, and thousands of op-eds. He lectures globally at university campuses, business, and civic groups. His main claims to fame are that he once played chess against Friedrich Hayek and on another occasion shook the hand of Ludwig von Mises. He never washed his hand afterward. It is now pretty dirty, but if you shake his hand, you channel this hero of his.