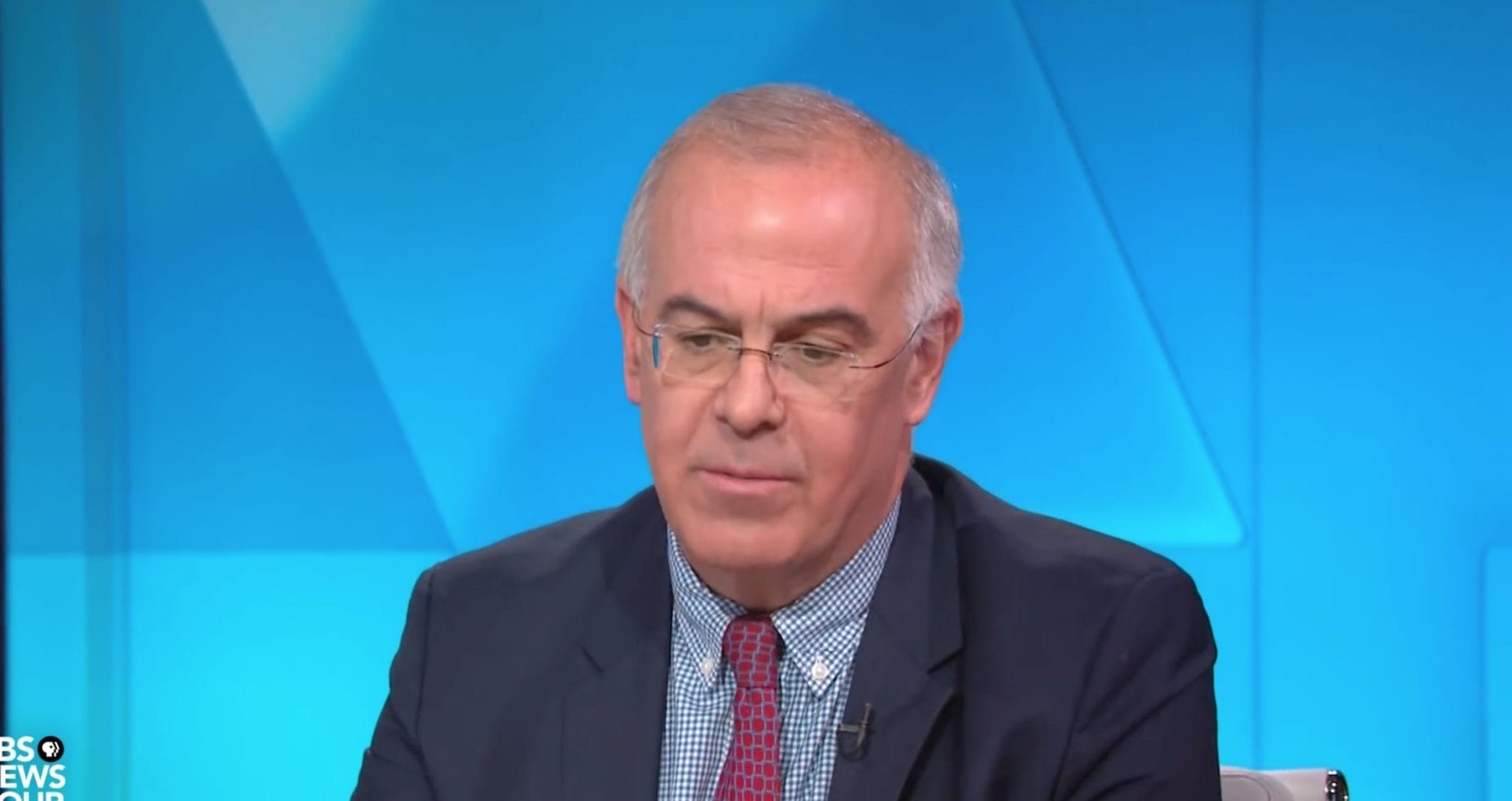 If I were a hard leftist, I would love thoughtful, responsible conservatives such as David Brooks. They’re so much more helpful than those sympathetic liberals at the Times, Atlantic Monthly, and NBC are.

“How We Destroy Lives Today.” That’s the title of the column Mr. Brooks wrote after the Covington Boys affair. That “We” certainly pleased the pushy progressives. It was exactly what they wanted our respectable commentators to say. Only for a moment did Mr. Brooks blame identity politics journalists and race advocates for demonizing the boy in the MAGA cap. Soon enough, he rose above the messy skirmish, looked down like a Hegelian sage upon it, and pronounced a general condition that implicates us all.

“In this case the facts happened to support the right-wing tribe,” Brooks admitted. “But that’s not the point. The crucial thing is that the nation’s culture is now enmeshed in a new technology that we don’t yet know how to control.”

You see, it’s the technology’s fault. And there’s another one of those universal “we” words. The furious denunciation of a teenager from Kentucky who merely stood still and smiled (was he gloating? was he nervous? who cares!) became the latest fiend of the race-scolds, but the conservative columnist didn’t judge the action a customary tactic of left. No, Brooks and other prudent rightists don’t want to identify in the DNA of the left anything accusatory and polarizing. Cautious Conservatives don’t point fingers and name names. That’s not their style. The rancid identity politics of the left caused this episode, but let’s not get bogged down in specifics. The properly conservative mind doesn’t get caught up in squabbles. It digs below the racial surface of the white boy face-to-face with the Indian elder and uncovers a condition that crosses political groups. Here, the Cautious Conservative tells us, we have fallen into the habit of setting upon one another, and next time it may just as easily be the right going after an innocent citizen with righteous glee as it was the left this time.

The leftist nods with a happy smile, and thanks all the sober and circumspect conservatives who want to restore tolerance and civility to the public square. They are the best allies the left could find. To have their gross misjudgment of the Covington episode de-politicized in just this way leaves them free to do the same thing next time a propitious occasion arises. There is no cost to having failed in demonization this time. The Cautious Conservative has universalized the crime, spreading the blame for disharmony throughout the citizenry and maintaining the illusion that all of us want unity, or at least a more or less peaceful pluralism, or at the very least a country where we can all just get along.

But what about Brendan Eich, Mark Regnerus, Naomi Schaefer Riley, Larry Summers, Dan T. Cathy, Charles Murray, Tucker Carlson…. Each one became a target, sometimes a physical target, for expressing an opinion the left found abominable, even though a good portion of the American populace holds it, too. The list could go on for a long time. Now, how many people have suffered the same fate, harassed and threatened, hounded out of their jobs, because of the right?

Conservatives who generalize such attacks by the left into a general American problem are worse than feeble. They are foolish. They don’t know their enemy. They don’t even realize that the other side considers them an enemy. When they mourn the decay of civility in America, they overlook the cause. The left doesn’t want unity. It’s never been that way. The spirit of social justice warriors in America was summed up by David Horowitz and Peter Collier in a 1969 editorial in Ramparts Magazine:

The system cannot be revitalized. It must be overthrown. As humanly as possible, but by any means necessary. [See here.]

That was at the height of the anti-war movement, and when it ended the left went more or less to the margins. Now, they’re back in force, and they don’t aim for social improvement through the ordinary channels of democratic deliberation. They want radical transformation, not incremental reform. Liberals are about adjustment and compromise, reasonable accommodation. When friction arises among the people, they keep the System running by bureaucratic response, a new welfare program here, a minimum wage hike there. They fear the leftist radical, yes, and they don’t like the aggressive targeting of individuals, but they believe the best way to keep radicalism in check is by concession and offerings. (See Tom Wolfe, “Mau-Mauing the Flak Catchers.”)

Leftists will take those temporary submissions, but they understand well that liberal gradualism keeps the system going. This is why a liberal exasperates leftists much more than an outspoken conservative does. They despise moderation. Liberal assimilation slows social unrest, and so leftists must follow the old Leninist formula of “accelerating the contradictions” — for instance, Silicon Valley-talk of “online communities” simultaneous with centralization of wealth and influence that makes the monopolists of Marx’s time look like amateurs. Polarization must be increased, not decreased. The farther they can position an individual at the far end of decency, such as the Covington boy, the better they look (and the more inclined liberals and moderate conservatives will be to go along). One wouldn’t think that a circumstance that affects only one in 300 Americans should be a central theme in our country, amplified nonstop in the press, and hailed as a prime talking point by Democratic politicians, as is the case with transgenderism, but it serves the leftist goal of disruption quite well. Find an area of potential conflict and set it on fire. Overplay racial incidents because they set one group against another. Turn a teenager at the Lincoln Memorial into one of the monsters of history and watch the “likes” on Twitter pile up.

Let’s have no more conservative regrets over the polarization that has beset America, as if the problem came from the sky and not from the overheated enclaves of progressivism. The left wants an America in turmoil. It wants interracial suspicion and “wars on women” and various “phobias.” Liberals want things to calm down. Leftists want them to boil over.

And conservatives? The Establishment figures want calm, too, but they aren’t the ones to bring it about. They don’t understand their opponent. In June 2009, when Sonia Sotomayor was on her way to the Supreme Court, Mr. Brooks had this to say about her jurisprudence.

In practice, Sotomayor is a liberal incrementalist. Her careful opinions embody the sort of judicial minimalism that Obama and his aide Cass Sunstein admire most.… I hope she’s confirmed.

The op-ed bore the title “Cautious At Heart.” Sotomayor has proceeded to be an aggressive advocate of affirmative action and disparate impact laws and regulations. To call her a “minimalist” is almost as ludicrous as to call President Obama a minimalist.

The first step in combatting the poison of identity politics is to identify the purveyors clearly. Their aims are more ambitious and their methods more harsh than the Cautious Conservatives can imagine. We are in a terrain that calls for different scouts and different generals.