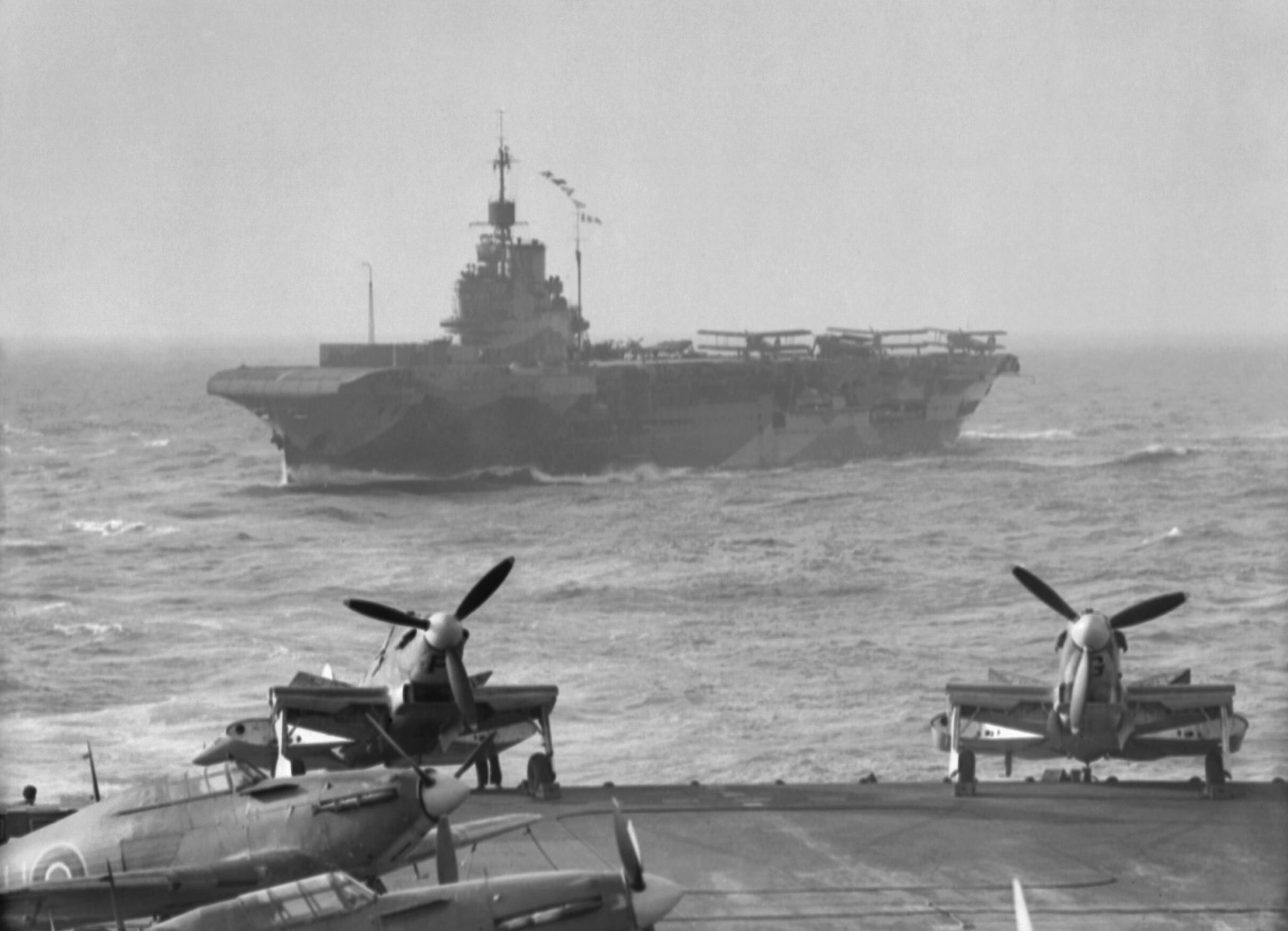 Along with the justly lauded RAF, the Royal Navy had many finest hours during World War II. Operation Pedestal of August 1942, when the largest fleet of warships and merchantmen put together by the Brits during WWII fought its way to Malta with life-saving supplies, has to be one of its finest.

Historian and journalist Max Hastings, author of 28 well-received books on military matters, gives a vivid account in his latest book, Operation Pedestal, of the four days of fierce naval combat when both allied warships and merchant vessels were subjected to attacks from the air, submarines, and fast torpedo boats. Axis warplanes appeared over the convoy at first light, torpedo boats made their attacks when darkness came, and submarines were always on the prowl. Losses of ships were fearful, including nine of the 14 merchantmen and four warships. Three other warships were badly damaged. A German U-boat drew first blood in sinking the aircraft carrier HMS Eagle with a spread of four torpedoes that weren’t sighted until too late. That was a significant loss to the Royal Navy, which had only seven aircraft carriers at the time and little ability to build more.

Likely only an odd decision by the Italian Navy not to add their large fleet of surface ships to the fight allowed five of the merchant ships to make it to Malta’s Grand Harbor, saving both the fighting garrison there and the 300,000 locals, who were, thanks to the effectiveness of the Axis blockade, on the verge of starvation. In the first seven months of 1942, only five merchantmen reached Malta. Residents had been reduced to a diet of a few slices of bread and a small amount of bully beef per day. Another month without supplies and the small island south of Sicily, Britain’s last toehold in the Mediterranean between Gibraltar and Alexandria and therefore of great strategic importance, would have had to have been surrendered.

Combining official records and personal accounts, Hastings tells both the big- and small-picture stories of four of the most perilous and exhausting days in naval history. (I was exhausted after the final chapter, and I just read the book.) From the humble and able seamen, merchant sailors, and officers commanding the ships in harm’s way to the admirals moving the pieces on the big board while Prime Minister Winston Churchill fretted in the background, Operation Pedestal was a grand opera in which the dead didn’t get back up after the scene was played. It included bravery and cowardice, competency and cock-ups, brilliant moves and mistakes, and opportunities grasped and missed, with the threat of violent death hanging over everyone all the while.

Those who read Hastings’ meticulously researched and clearly written account of Operation Pedestal will emerge with a greater appreciation of the dangers, continuous stress, and deprivations facing men who went to war at sea in WWII. (And at that time they were all men, the idea of co-ed naval forces still decades away.) There was the prospect of meeting one’s end by bullets, blast, or fire, as well as more mundane injuries such as the severe sunburn gun crews suffered from in the southern Mediterranean summer. All of these threats and delights had to be endured by Pedestal sailors on very little food and almost no sleep for the four days they were under almost continuous assault and therefore almost always at action stations (Brit for battle stations). Hastings relates these individual stories of combat experience that together make up the battle but are rarely seen in the later documentaries. And he does so in a way to enable the reader to feel them.

Considering the amount and intensity of combat, it’s nearly a miracle that only 457 Pedestal sailors died during the operation. Part of this is attributable to the warm Mediterranean water in summer. Sailors obliged to spend hours, even days in the water before being rescued survived. They would not have had they found themselves in the cold water of the North Atlantic or, God forbid, the Barents Sea on a convoy to Russia. Death by hypothermia comes quickly in cold water. Some sailors did die because, incredibly, they didn’t know how to swim. Apparently the Royal Navy of the day did not require that skill of its sailors. (I can testify under oath that in 1965 one did not get out of U.S. Navy basic training without knowing how to swim.)

But the trials and sacrifices faced by the nearly 20,000 men who made up the Pedestal fleet when it departed England were made necessary by the political and strategic picture of late summer 1942. The British fighters and strike aircraft that flew from Malta and the warships that sailed from there were the only assets that could interrupt supplies crossing the Mediterranean to Rommel’s Afrika Korps, that was having its way with the British Eighth Army, putting Egypt and the Suez Canal at risk of being taken by the Axis.

In addition to the strategic value of Malta there were political concerns in the late summer of 1942. Since the battle of Britain there had been no victories for the allies in Europe, almost all of which was Nazi property. Singapore had recently been surrendered as well as Tobruk. The business in Russia was still very much in doubt, and it would be a long time before the allies could get at the Nazis in Europe. Losing Malta would have been a gut shot to British morale and a political risk to Churchill, about whom it had begun to be said, “He talks a good game, but … ” So Malta had to be held.

And it was, thanks to Operation Pedestal. The food, fuel, and munitions supplied by Pedestal allowed the island’s residents to survive and its military bases to keep fighting until final allied victory in North Africa the following spring relieved the pressure on them.

Hastings’ treatment of this important but not often remarked on campaign belongs on the bookshelf of readers interested in World War II in Europe and of those looking for a reminder of what men can and are willing to do when the need is great and the cause is just.