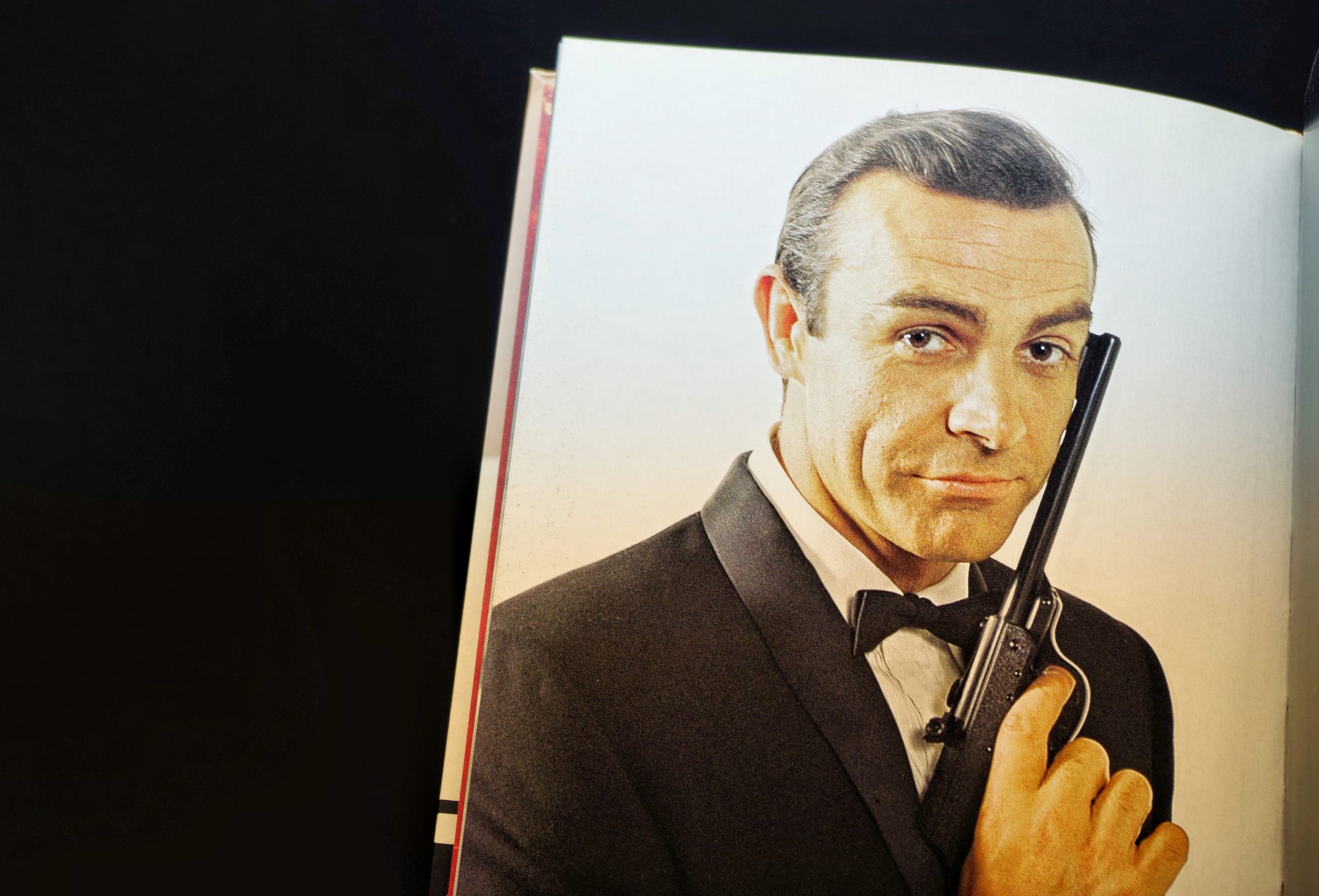 After saving western civilization during the Cold War and fighting assorted gangsters, master spy James Bond of MI6, the British Secret Intelligence Service, is now being mercilessly attacked for his personal habits. The man gets no respect.

Bond, James Bond as he prefers to introduce himself with a patronizing and slightly intimidating tone, thwarts the fiendish efforts of SPECTRE, the Special Executive for Counterintelligence, Revenge and Extortion. SPECTRE is dedicated to causing mayhem between the world powers and achieving dominion. Bond captures a coding machine in From Russia with Love that could provide strategic advantage for SPECTRE. In The Spy Who Loved Me, Bond prevents nuclear war between the United States and Soviet Union. In Octopussy, he stops a nuclear detonation by renegade Soviet army elements on a U.S. base in Germany. In Goldfinger, Bond disrupts a villainous plan to contaminate the gold at Fort Knox. In Moonraker, he foils the plot of Hugo Drax to obliterate the Earth with nerve gas and establish a master race. These are but a few of his successes – yet he is suddenly being devalued.

Now that there is no longer a Berlin Wall, and Russia, successor to the Soviet Union is not deemed an immediate conventional and nuclear threat, it is open season on one of her Majesty’s most urbane civil servants. Recently physicians in Derby and Nottingham, England, reviewed the original novels by Ian Fleming and charted Bond’s indulgences. Their conclusions are disturbing about the novels and by extension the movies (some of which are true to the books and some not). What is distressing about their findings is not Bond’s intake of vodka martinis as they intend, but the stunning display of ingratitude. As expected, the left of center BBC seems a witting participant to communicate the effort to discredit Bond and denigrate his contribution to the security of the West.

Bond is ridiculed as a drunk who should not be allowed to dismantle a nuclear device. There is the conclusion that Bond is sexually impaired by alcohol, and that he asks for his vodka martini “shaken, not stirred” because he has the shakes and cannot stir anything, as suggested by those physicians in the British Medical Journal. The authors conclude that Bond consumed roughly five martinis per day – four times the advisable amount.

What those researchers and the BBC forget is that they and their forebears could sleep safely in their bunks during the Cold War and plots against the West because of rough men like Bond. The threat of nuclear warfare was always there, and the possibility of thousands of Soviet tanks pouring through the Fulda Gap in West Germany. Someone had to do it – the clandestine work to protect queen and country. Someone had to risk incineration on a remote Caribbean island by SPECTRE stooges in Dr. No. Someone had to confront the KGB in the Ionian Sea in For Your Eyes Only. Someone needed to partner with the KGB to find out the cause of hijackings of British and Soviet submarines equipped with nuclear weapons in The Spy Who Loved Me.

The attempts to redefine Bond are indicative of our age. The West suffers from self-doubt and no longer projects moral rectitude. Further, it is not always clear who the enemy is as we see in Egypt and Syria. And our relationship with China – trade partner, investor in U.S. securities, competitor, and potential adversary – is highly ambiguous.

The consortium of researchers and the press taking aim at Bond is reminiscent of Rudyard Kipling’s poem, Tommy – which is about the ambivalent relationship between the public and the British army:

As for Bond’s alleged sexual limitations, the researchers and BBC need only interview Tatiana Romanova in From Russia with Love, Domino in Thunderball, or Paris Carver in Tomorrow Never Dies.

And there is other nuance: Bond may order numerous vodka martinis, but we do not actually see him drinking most of them, at least not in the movies. Not only that, there is little evidence to suggest that national security was ever compromised or clandestine operations blown because of Bond’s drinking habit.

While no one should consume the amount of alcohol that Bond does, his scientific and journalistic detractors seem to forget that he is an imaginary operative intended to be larger than life. The next thing we know, the anti-foie gras forces will take aim at Bond, and Nutrisystem will be all over Goldfinger about his weight.