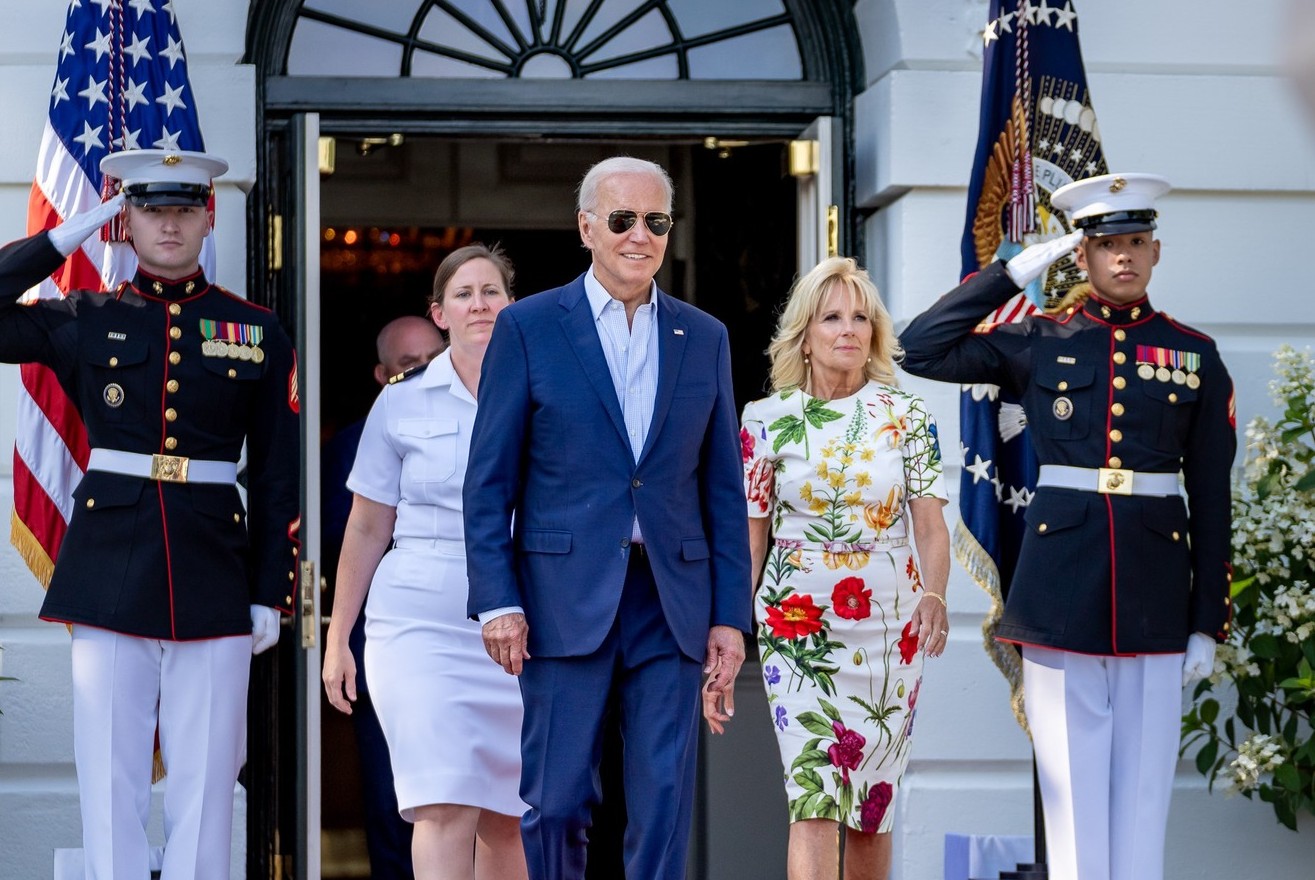 First, a total non sequitur about British food. It is remarkable that a nation of such historic consequence has contributed so little to cuisine except for fish and chips. On any given night, people are saying things like “I’m really in the mood for Chinese tonight” or “I’d love to try that new French restaurant” or “I’m in the mood for Italian” or “Did you hear about that new Thai place?” Even the “Babu episode” of Seinfeld saw the protagonist open a Pakistani restaurant. By contrast, in all my lifetime, in all circles (and rectangles and ovals) I have traveled, never once have I heard “Wanna eat British tonight?” Nuff said on that. Now to business:

I remain quite fascinated by the utter insensitivity manifested the other day by Dr. (Doctor!) Jill Biden who compared Hispanic Americans to tacos. To give clearer meaning to the racist and deplorable imagery, I ask you to consider these:

“I want to express my great respect for our Jewish Americans. You are as diverse as gefilte fish (sweet version, savory version, canned, fresh). You are as diverse as knishes (potato, kasha, cherry cheese), as matzo balls (round, hard as baseballs, soft and squishy). By the way, what do you people do with the rest of the matzo?”

“I want to express my great respect for our German Americans. You are as diverse as schnitzel, bratwurst, and strudel.”

“I want to express my great respect for our Irish Americans. You are as diverse as Bailey’s, Bushmills single malt, and Jameson.”

“I want to express my great respect for our African Americans. You are as diverse as [Dov note: nope, I’m not going there. Sorry.].”

With the Bidens, tone deafness goes hand-in-hand with racism. If you don’t vote for him, you ain’t Black.

In support of busing to assure desegregation: “Unless we do something about this, my children are going to grow up in a jungle, the jungle being a racial jungle with tensions having built so high that it is going to explode at some point. We have got to make some move on this.”

Discussing and complimenting Obama: “You got the first mainstream African American who is articulate and bright and clean and a nice-looking guy. I mean, that’s a storybook, man.”

During a campaign speech to a group of Hispanic and Asian Americans: “We should challenge students in these schools. We have this notion that somehow if you’re poor, you cannot do it. Poor kids are just as bright and just as talented as white kids.”

On why Iowa schools are better than those in Washington, D.C.: “There’s less than one percent of the population of Iowa that is African American. There is probably less than four of five percent that are minorities. What is in Washington? So look, it goes back to what you start off with, what you’re dealing with…. When you have children coming from dysfunctional homes, when you have children coming from homes where there’s no books, where the mother from the time they’re born doesn’t talk to them — as opposed to the mother in Iowa who’s sitting out there and talks to them, the kid starts out with a 300-word larger vocabulary at age three. Half this education gap exists before the kid steps foot in the classroom.”

Soliciting votes from Indian Americans on the campaign trail: “I’ve had a great relationship. In Delaware, the largest growth in population is Indian Americans moving from India. You cannot go to a 7-Eleven or a Dunkin’ Donuts unless you have a slight Indian accent. I’m not joking.”

On a radio show with an African American host: “You’ve got more questions? Well, I tell you what, if you have a problem figuring out whether you’re for me or Trump, then you ain’t Black.”

Biden’s decision to designate as vice president a complete dolt and giggling nitwit, who rose to political recognition as California Democrat leader Willie Brown’s arm candy, is rooted in this racist view of the world. His choice to name to the United States Supreme Court a mediocrity who was frequently overturned, even by liberal-majority appellate panels, a person who cannot define the word “woman” even though the only reason she was named to the Court in the first place is that she is not a man but an entity born with child-bearing capacity, was similarly motivated. (READ MORE: Ketanji Brown Jackson: A+ Credentials, D- Judge)

Hispanic Americans, like a vast majority of their fellow Americans, have fled the Democratic Party over an economy that has tanked, 8.6 percent inflation with most food staples gyrating into double-digit inflation, Critical Race Theory in the public schools, crime rates off the charts in many inner cities governed forever-and-a-day by Democrats and their Soros-sponsored attorneys general, energy production from hydrofracturing to liquified natural gas to pipelines to deliver the goods crushed at home, and even baby formula shortages so severe that we — the United States of America — have to import it from Europe. Now, with Dr. Jill Biden comparing Hispanic Americans to tacos, they have one more reason to jump to the GOP, a party that respects their hard work, entrepreneurial efforts, and small businesses as agents of economic growth, and their religion of belief and faith, not of politics.