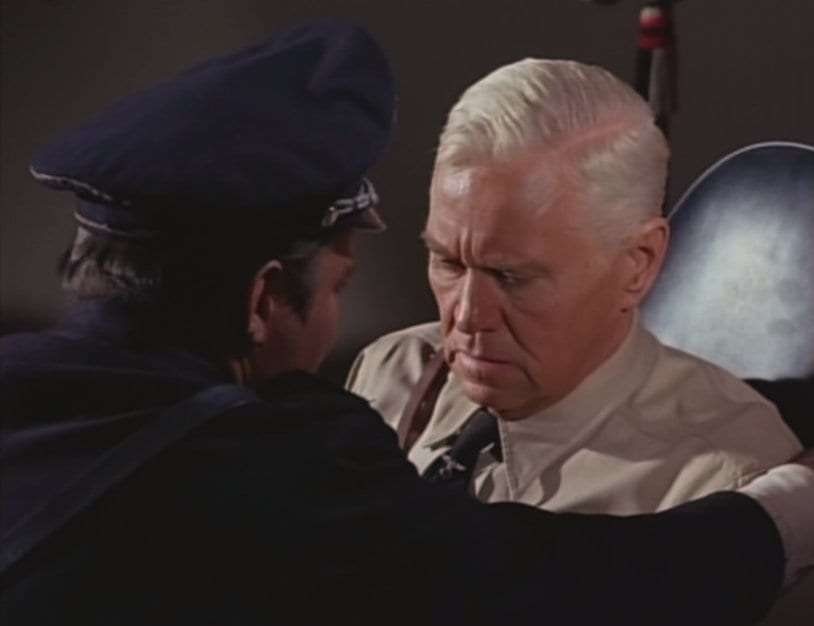 It is wrong — morally, theologically, ethically — to disrespect people who have gotten older and who, apparently as a result, have lost an edge. With age comes life experience that prompts the emergence of wisdom, even as it also brings myalgia, arthralgia, and the general awareness that the human body has more things that can go wrong than does an automobile. Particularly painful is when a great mind shows some wear and tear rather the benefits and boons of maturing and improving from the years of acquired learning, cognition, and just-plain street know-how. There is no substitute for experience.

The Robert Mueller Circus on Wednesday thus was a human tragedy of many dimensions. I never knew the man he is said to have been, and I do not know him now. Sadly, apparently neither does he. His quiet retirement from public life and fading into the woodwork of social wall-paneling would have been a well-deserved phase, earned after decades of public service — except for one thing that justifies not letting him go gentle into that good night.

That one thing is that he allowed his name to be used for two years to do terrible damage. To our country. To our society. To the President of the United States. And also to certain individual human beings whose lives have been destroyed in his name, though apparently not by him.

Again: apparently not by him. If Wednesday’s Mueller Hearing connoted anything, it was that he seems to have been a figurehead. He seems not to have engaged in the intense questioning of the nearly 500 witnesses, the ferreting for information, the issuing of nearly 2,800 subpoenas, the executing of nearly 500 search warrants, or most of the other procedures that ultimately cost Americans $25.2 million. Indeed, he seems not to have written his own “Mueller Report.”

Imagine that. He did not even command a mastery of the Mueller Report. And almost certainly did not even write it.

Because I was and am one, I know that it is axiomatic for every attorney to be prepared “to the gills” for testifying at hearings or for being cross-examined. I have argued in United States federal district and appellate courts in support of motions I have brought or to oppose others’ motions. Before every such hearing, I have had to study each and every case cited in the briefings, know the cases’ facts and legal dispositions inside and out, and know the facts and legal arguments underlying the motions. I have to anticipate every challenge, every skepticism that a judge or opposing counsel might raise. Likewise, when I have taken or defended depositions, I have had to prepare for hours or days in advance, learning and memorizing virtually every pertinent document, every fact, every contention. I have had to memorize the timelines, know all the primary players and all the secondary actors, too — even the tertiary side characters. Then, at the hearing or deposition, prepared “to the gills,” I can do my best to advance my client’s agenda without getting side-swiped and caught by surprise.

That kind of preparation is the least that one would have expected from Mueller before the day of his hearing. He knew he would be on national television, live, being cross-examined intensely by skeptical Republicans and being lured by obsequious Democrats into testifying against the president. He had more time to prepare for that testimony than an attorney typically gets when preparing for a court hearing or a deposition. Thus Mueller’s utter inability to present himself smoothly, his several segments of relative incoherence, his lack of familiarity with a term like “Fusion GPS” after 675 days — one year, ten months, and six days — of the “Mueller Investigation” revealed that he either personally recently has suffered something medically terrible or, perhaps, not recently.

We all saw what unfolded. It was horribly painful to watch. If he cannot grasp simple questions, cannot remember which president appointed him to one of the most distinguished positions of his life, cannot recall basic aspects of his “own” report, the questions arise: Who indeed actually was running that two-year Inquisition called the “Mueller Investigation”? Who lined up CNN cameras for a midnight SWAT-type raid on a senior citizen in Florida, Roger Stone, grabbing him out of bed Stalin-style in the middle of the night? Who made the decisions to keep the investigation running for two years when the evidence had become clear much sooner that President Trump never had “colluded with the Russians”? Who undertook to destroy the lives of Michael Flynn, Paul Manafort, and all the other side casualties of the Democrat war against Donald Trump?

I think back to an episode of the original Star Trek series, “Patterns of Force,” in which the Starship Enterprise lands on planet Ekos to find out what ever happened to a great cultural mind, John Gill, who seemingly has disappeared on the planet. He had come to Ekos to improve the lives of the planet’s denizens. As Kirk, Spock & Co. land on the planet, they learn to their horror that Ekos has evolved into a culture paralleling that of Nazi Germany circa the 1930s. Even more shocking, all the stormtroopers offer their Nazi salutes to a photograph of their Fuehrer — John Gill! As the hour-long episode unfolds, it becomes clear that Gill is about to make a planet-wide television speech during which he will launch the “Final Solution,” aimed at exterminating the neighboring planet of Zeon. The Enterprise team cannot comprehend how the culturally refined John Gill ever ended up this way, as Nazi Fuehrer.

As the televised speech is about to begin, Kirk and his team learn the truth: that Gill’s Deputy Fuehrer, Melakon, long ago had taken control of Ekos from Gill, distorted Gill’s program, has been drugging Gill and keeping him locked away for years to be trudged out on occasions while still drugged, but only as  a figurehead. The Enterprise team restores Gill to cognition through a Vulcan mind meld, augmented by a medical stimulant, just moments before he delivers his intended speech to launch the “Final Solution.” Now suddenly fully aware of how he has been manipulated and played all this time, Gill dispenses with the text Melakon has prepared for him to read and instead reveals during his live-TV speech what had been done to him all the years. He stunningly declares Melakon a traitor to Ekos. Melakon, the heavily armed Deputy Fuehrer standing in the telecasting studio, machine-guns Gill to death on live TV —  and then an anti-Nazi infiltrator, Isak, from Zeon, shoots Melakon to death.

As I watched Mueller on Wednesday, that Star Trek episode repeatedly came to mind. Mueller was John Gill and, at any moment, I was expecting Andrew Weissmann or one of the other “Mueller Investigation” henchmen to emerge as Melakon. It all seemed finally to make sense: Mueller had been drugged for two years, and Ekos had been hijacked by others. That helped me understand why Mueller could not testify with consistent coherence or command of the “Mueller Report,” how he could not identify the president who had appointed him earlier in his career, how he could not hear or grasp so many questions, could not identify Fusion GPS — for that matter, could not allow any questions to be asked of him at the press conference he had held two months earlier at the end of May. Melakon needed to control the script, obviating the possibility of asking questions.

Mueller had not prepared “to the gills” for his Congressional hearing because he, in fact, was John Gill. In the topsy-turvy world that has been absorbed by more than two years of the Christopher Steele-Fusion GPS Perkins Coie-Peter Strzok-Lisa Page-James Comey-Andrew McCabe-CNN-MSNBC-ABC-CBS-NBC-PBS-NYT-WaPo Universe of Conspiracies, finally a conspiracy theory seemed to make sense: Someone had determined that a debilitated Robert Mueller no longer was what he once had been been and, like John Gill, could be manipulated as a figurehead poster face behind whom a vast alternative conspiracy could be pursued by one or more Melakons to take down the president of the United States.

We just need to find out who was Melakon.