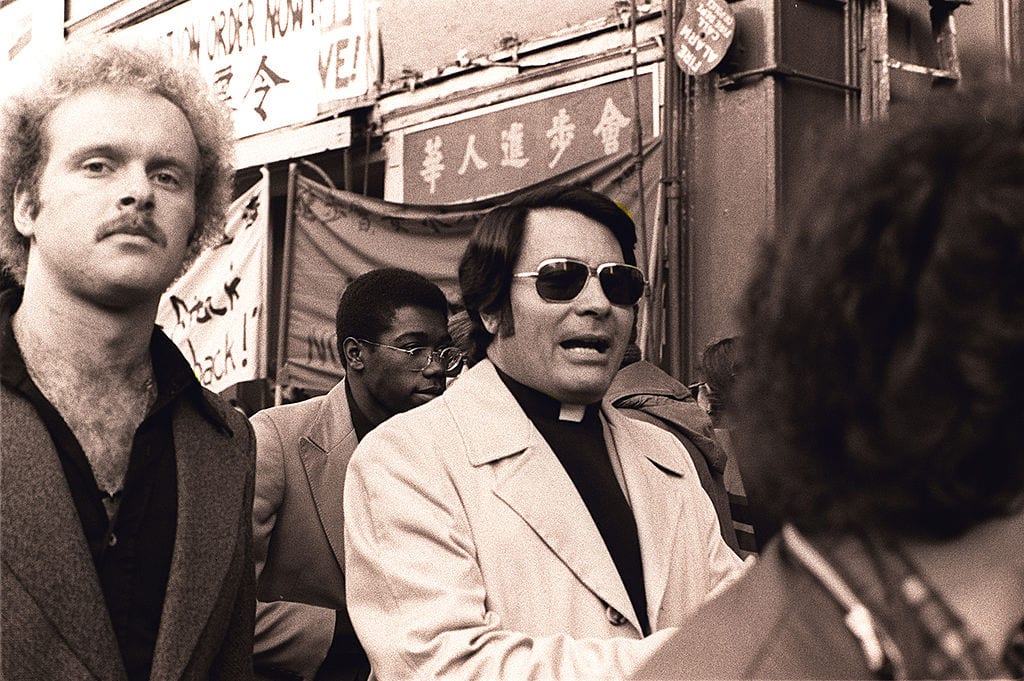 Dan Flynn’s Cult City is not a happy read, but an instructive one. It’s a story with no heroes but plenty of villains. It gives us politicians being politicians, only more so. Showing callousness and cynicism at their highest and purest levels, and in almost every case no one paying any price for it. In fact, many in this tragedy were rewarded for their Cat-5 amorality.

The central event of this dark story is the horror that took place in Jonestown, Guyana (just to the east of Venezuela). There, 40 years ago on the 18th of this month, an almost certainly drug-addled but enormously persuasive Svengali named the Reverend Jim Jones convinced 918 people, most of them transplants from San Francisco, to share his madness to the extent of committing mass suicide. Not to mention homicide, as parents engaged in the almost unbelievable horror of poisoning their own children. A man so evil and enchanting as to be able to make parents engage in the unimaginable makes Hannibal Lector seem like Miss Congeniality by comparison. This story, and the evil people in it, are not for the faint of heart.

People of a certain age will remember when the almost-too-much-to-believe story of Jonestown hit the news-pages and airwaves. It lingers in our political lexicon through the expression, “They’ve (or He’s) drunk the Kool-Aid,” referring to the drink (which probably wasn’t actually Kool-Aid but some other sweet mix) used to cover the taste of the fatal poison that sent Jones’ deluded followers to their graves.

Few who remember the event are aware that the deaths have a long back story in San Francisco, and that Jones was for years the darling of Democrat political circles there. He was praised, feted, given awards, and appointed to government boards by Bay Area politicos largely because he made the members of his Peoples Temple available for campaign work and get-out-the-vote efforts. San Francisco Mayor George Moscone said he owed his office to Jones and his troops, and he may have. Moscone and Supervisor Harvey Milk were assassinated in their offices just nine days after the Jonestown residents met their end.

Jones’s patrons, boosters, and apologizers included Moscone, who appointed Jones chair of the city’s housing authority and covered for him when reports of physical and sexual abuse at the Temple surfaced. Most of the local media also turned their collective heads, even so far as spiking negative but credible investigative pieces on Jones. Willie Brown, later to become speaker of the California State Assembly and mayor of San Francisco, compared Jones to Martin Luther King and Mahatma Gandhi. The ageless Jerry Brown, then California governor (as he is now — after other offices in between), spoke at the Peoples Temple. Rosalynn Carter shared a stage with him. Jane Fonda said she was “familiar with the work of Reverend Jones and Peoples Temple and have no hesitancy in commending them for their example of setting high standards of ethics and morality.”

Harvey Milk’s short, cynical, and accomplishment-free life and political career is chronicled here, as well as the unending train of undeserved honors showered on him after his death. Milk said of Jones that he was one of the most ethical people he had ever met. This may tell us more about Milk’s willingness to praise anyone politically helpful to him than about the kind of people he hung out with.

All these worthies either failed to see the monster hiding in plain sight before them or chose to ignore the obvious as long as Jones was politically useful to them. As Flynn puts it, “Before the poor drank the Kool-Aid in South America, the powerful in San Francisco did.” But the results for them were not so drastic. Almost all, save Moscone and Milk who were murdered, went on to increasingly successful careers, their support of Jones being hardly a bump in their career path.

Flynn, a senior editor at The American Spectator, calls his book, ten years in the making, a corrective of the media picture of Jones and his enterprise that followed the deaths in Jonestown. A picture Flynn demonstrates ranges from incomplete to totally misleading. Flynn conducted archival research for this book at the California Historical Society, the San Francisco Public Library, and the Library of Congress. He interviewed 30 eyewitnesses to events, including one survivor of Jonestown. He brings to his parsing of the exotic political and cultural hot-house that was seventies San Francisco the same careful research, telling detail, and clear narrative that readers have benefited from in his previous books.

Speaking of which, Flynn’s backlist titles, including A Conservative History of the American Left, Intellectual Morons: How Ideology Makes Smart People Fall for Stupid Ideas, Why the Left Hates America, and The War on Football: Saving America’s Game, are all still available and worth the reading time. As is Cult City, very much so.

Larry Thornberry
Follow Their Stories:
View More
Larry Thornberry is a writer in Tampa.
Most Popular
1
Golden Boy Gavin
Did Gavin Newsom Kill His Own Mother?
by Ellie Gardey