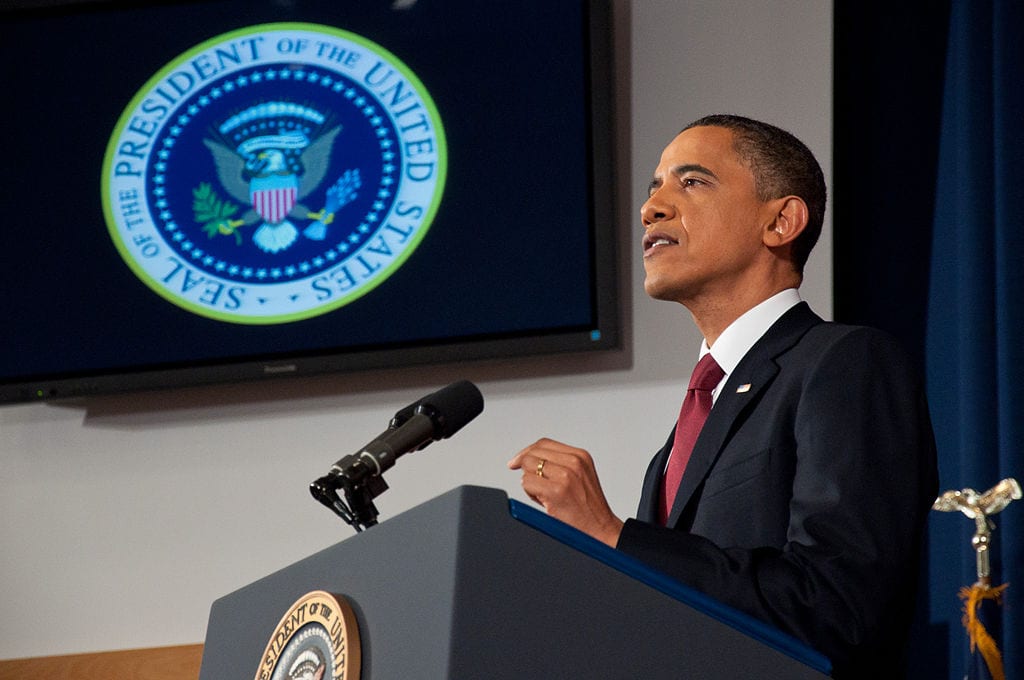 When he made those remarks, Obama smiled the smile of the guilty who know they’ve gotten away with it.

Obama’s eight years in office, from January 2009 to January 2017, was a period of time in which democracy-threatening scandals were overlooked by a comprehensively politicized Justice Department and the media which served, in the words of former Obama deputy national security adviser Ben Rhodes, as an “echo chamber” for the administration’s spin.

The scandalous conduct of Obama and his team, from Obama himself to Hillary Clinton to Lois Lerner, always had the purpose of serving Obama’s agenda and was often illegal or unconstitutional or — as occurred during and after the 2016 election — a combination of the two that constituted the greatest threat to our democratic system of government since the Civil War.

There is neither time or space enough to analyze all the Obama scandals in one column, so let’s concentrate on the ones in which he was personally involved.

The first was the “Fast and Furious” gun-walking plan which allowed straw purchasers of firearms in the United States from 2009-2011. Under that strategy, about two thousand firearms, worth about $1.5 million, were bought illegally and many taken over the Mexican border to arm drug cartels and gangs. You can read about it in the report of the Department of Justice Inspector General.

Border Patrol Agent Brian Terry was murdered with one of the illegally bought weapons that ended up in the hands of Mexican gangs. His was the first death attributable to Obama’s actions.

The purpose of the plan was to show the need for greater government control of gun purchases in the United States. When congressional investigators demanded documents and information about Fast and Furious, Obama’s attorney general, Eric Holder, stonewalled.

Congress held Holder in contempt. At that point, Obama intervened with a claim of executive privilege, protecting Holder and preventing congressional investigators from discovering who had directed the program — Holder? Obama himself? — and burying the matter.

Permitting illegal activity for political purposes is a violation of the president’s oath of office. But Obama was only getting warmed up.

Before Obama signed the Iran nuclear weapons deal, he reportedly killed an FBI investigation into the drug trafficking and smuggling operations of Hizballah, the terrorist network and Iranian proxy operating from Lebanon. The investigation, code-named “Operation Cassandra,” sought information that could have led to the indictment of Hizballah leaders. But because that might offend the Iranians, Obama ordered an end to the investigation and the FBI dutifully complied.

In March 2011, U.S. forces joined other NATO nations in military action to topple the regime of Libya’s Muammar Gaddafi. There was — as then-defense secretary Robert Gates told Obama — no national security interest justifying such action. But Obama went ahead with it, at the strong urging of his then secretary of state Hillary Clinton.

We established a diplomatic mission in Benghazi, Libya after Gaddafi was thrown from power and killed, apparently by his bodyguards. The Benghazi mission was under threat of terrorist attacks constantly.

As Bob Tyrrell and I wrote in this magazine in February 2014, the Benghazi mission begged for more security forces for a period of months and was denied them by someone in the State Department, probably Clinton herself.

On September 11, 2012, the U.S. mission in Benghazi and the CIA annex there were both attacked by terrorist forces ending in the death of the U.S. ambassador to Libya, an IT specialist at the mission, and two former Navy SEALs who were fighting to protect the CIA annex.

At the time of the attack, there were no U.S. forces put on alert to come to the aid of our people in Libya. (Our airbase at Sigonella, Italy, is only about forty minutes’ flying time from Benghazi at Mach 0.7.)

Throughout the thirteen hours that the attacks continued, Obama was apparently missing in action. To this day, we have no information on where he was or what he was doing during those deadly hours.

The deaths of the four Americans in Benghazi raised the death toll of Obama’s actions to five.

After the attacks, the CIA immediately put together talking points blaming terrorists for them. The Obama White House staff — Ben Rhodes and others — changed them to blame the attacks on an obscure anti-Muslim video. It was a lie with a specific purpose, as proved by contemporaneous emails between White House staff, the CIA, and the State Department. That purpose was to conceal the enormous policy error of military intervention without sufficient cause.

That lie was reportedly repeated by Hillary Clinton when she joined the families of the dead when their bodies were returned to the United States.

The Sunday after the attacks, Obama’s national security adviser, Susan Rice, went on five morning talk shows to insist on that lie. Obama had to have known and approved of her statements.

The body count didn’t increase, as far as we know, but the illegal conduct and abuses of power multiplied rapidly.

We come, at last, to the two Obama scandals that were the greatest threat to our democracy.

At least from the time she became secretary of state, Hillary Clinton used a private email system — “Clintonmail.com” — for official business. She and her staff routinely sent top-secret information via that system to each other. That information included “SITK” — Special Intelligence Talent Keyhole — intelligence information as well as “SAP” — Special Access Program — information. There are no higher levels of classification our government uses to protect secrets than SITK and SAP.

Top-secret information — under an executive order signed by Obama — is defined as information the disclosure of which can severely damage the security of the United States.

Each of those emails was a violation of 18 US Code Section793(f), a felony carrying the penalty of ten years in jail. Clinton’s email system, according to internet security experts I know, didn’t even have the rudimentary security features found on gmail. Any foreign power or terrorist group could have — and must have — tapped into her system and learned our most closely-guarded secrets.

Clinton also routinely used that system to communicate with Obama, which makes him complicit in her crime. Communications between the secretary of state and the president are routinely classified and many must have included top-secret information.

The law was broken hundreds of times and our national security was damaged by those violations. But Hillary Clinton was going to be Obama’s successor, so the powers of the presidency, the Justice Department and the FBI were abused to protect her.

Holder’s successor as attorney general, Loretta Lynch, instructed then-FBI director James Comey to refer to the Clinton investigation as a “matter” rather than an investigation.

Obama told the FBI what the conclusions of its investigation of the Clinton email system should be. In April 2016, he said, “I continue to believe that she has not jeopardized America’s national security.” He added, “What I’ve also said is that — and she has acknowledged — that there’s a carelessness, in terms of managing emails, that she… recognizes.”

In early July 2016, Comey held an unusual press conference to voice his president’s words as the conclusion of the FBI’s investigation. He said that while Clinton used “extreme carelessness” in handling classified emails, the FBI concluded that she lacked intent to do so and was thus exonerated.

But the law — 18 US Code Section 793(f) — has no intent requirement. It only requires that classified information be handed with “gross negligence” for a crime to have been committed. There is no legal difference between the term Comey used — “extreme carelessness” — and gross negligence. He rewrote the law for the purpose of declaring Clinton guiltless.

Obama’s abuse of power — directing the result of an FBI investigation — was eagerly abetted by Comey. And then we come to the granddaddy of all White House scandals.

As chronicled and analyzed so well by NRO’s Andy McCarthy, the Wall Street Journal’s Kim Strassel, and the incomparable Sharyl Attkisson, Obama’s administration conducted a spy operation on Donald Trump’s presidential campaign. It dwarfs other Obama scandals but one because it was, as clearly as Obama’s direction to the FBI on the Clinton email matter, an abuse of power for the purpose of affecting an election.

What they did was far worse than the Watergate scandal that toppled Richard Nixon for one big reason. The men who were hired by the Nixon campaign to burglarize the Watergate offices of the Democratic National Committee were private citizens. The spy operation on the Trump campaign in 2016 was planned, conducted and covered up by high-level officials of the Obama administration abusing their powers of law enforcement and intelligence gathering to influence the election and, if necessary, nullify its result.

America is a place of miracles unknown elsewhere. First, we have free and fair elections and the peaceful transfer of power. Second, there has been — at least until 2000 — a willing acceptance of an election’s result by all Americans. Obama did his best to overturn the first miracle and the Democratic Party and its media minions have done their best to prevent the second.

In a speech last week, Hillary Clinton said “Right now we are living through a crisis in our democracy. There are certainly not tanks in the street but what is happening today goes to the heart of who we are as a nation. I say this not as a Democrat who lost an election, but an American afraid of losing a country.” She should know. Obama created that crisis with her willing and eager participation.