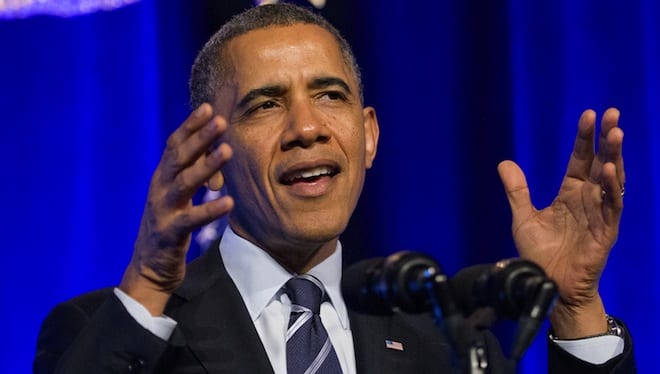 Customers of Obamacare received nearly $4 billion in unwarranted subsidies in 2018, and the IRS can’t even recoup some of that due to the manner in which the law is written.

Why do customers receive too many subsidies? The way the exchanges are set up, customers getting coverage must estimate their expected income for the year. Since these customers aren’t getting employer-covered insurance, many also don’t receive consistent paychecks. (I am among the group, as I work as an independent contractor with a somewhat fluctuating income and must buy insurance through the exchange.)

Customers receive subsidies based on their expected income to help them pay for plans. The more they make, the less a subsidy to which they are entitled under the Patient Protection and Affordable Care Act. Some of these Obamacare customers make more than expected over the course of the year so they owe the federal government some of that free money back — and it’s also not surprising that some may provide lowball figures on their income to receive the higher subsidies.

Because of concerns that many people would forgo Obamacare coverage outright if they got a big tax bill at the end of the year, the authors of the 2010 legislation set limits on how much the government could get back if too many subsidies were paid.

Timothy Jost, a Washington and Lee University law professor and expert on Obamacare, told the Washington Times that Obamacare customers are getting better at figuring out the system, hence the drop in the overages between 2017 and 2018.

“I think with people getting more experienced and renewing instead of submitting new applications, people have a better chance [of estimating] what their income will be over time,” he said.

The White House says that 28 million Americans are uninsured, “priced out of coverage entirely.”

“Americans that make too much to receive subsidies have begun to opt out of the insurance market en masse,” the website says.

Moreover, the White House says that nearly half of American counties are projected to have just one available health insurer on their exchanges in the immediate future.

“Replacing Obamacare will force insurance companies to compete for their customers with lower costs and higher-quality service,” the site says. “In the meantime, the President is using his executive authority to reduce barriers to more affordable options for Americans and U.S. businesses,” states the White House on its website.

The Washington Times notes that the $1 billion in subsidies the government can’t get back is equal to 20 percent of the funding requested by President Trump for a border wall with Mexico that is a major factor in the current government shutdown.

In 2017, the Republican-led House drafted legislation that would have clawed back all of the subsidy overages as part of an Obamacare overhaul, but the bill failed.  Now, with Democrats taking control of that body later this month, the two parties will have to work together to get anything done.

“As we’ve known from its inception, Obamacare is incredibly complex and has created unprecedented burdens for patients and providers,” Jesse Solis, a spokesman for Republican members of the House Ways and Means Committee, told the Washington Times. “House Republicans have worked on a bipartisan basis multiple times to improve the recoupment of improper overpayments. We hope Democrats choose to work with us in the next Congress to ensure taxpayers’ money is spent properly.”

In Texas, a federal judge agreed with Republicans that the decision by Congress to pull back the penalty for not buying insurance made the rest of the health-care law unconstitutional. If that decision is upheld on appeal, Congress may be forced to act.