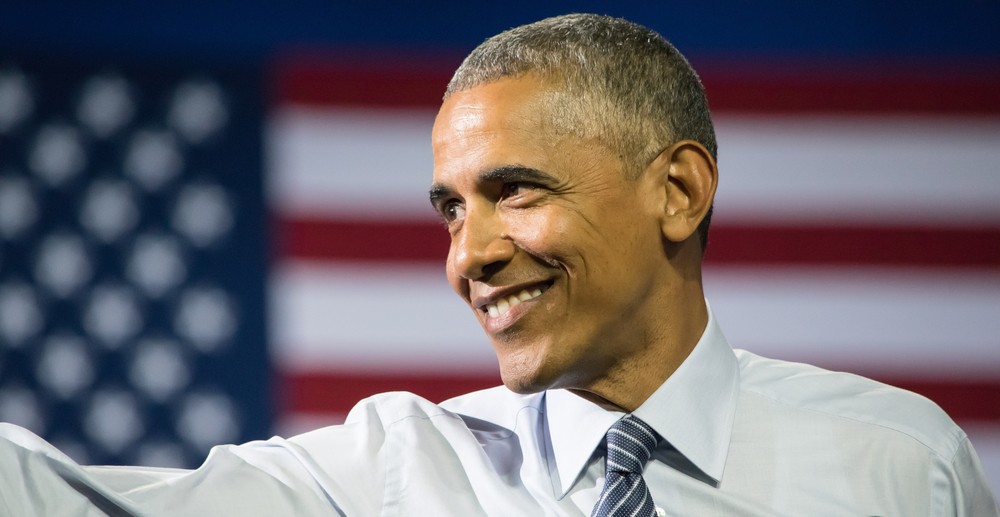 On Tuesday, former President Barack Obama appeared on the Ezra Klein Show to discuss his latest book about his favorite topic — himself. For 60 minutes, Obama rewrote history about his presidency and spewed one false, vile, and nonsensical statement after another in front of a subservient “reporter” who gushed in response to everything his narcissistic guest said.

Obama used the interview, recorded in his Washington, D.C., office, to take credit for former President Trump’s economy. He referred to his years in the White House as “competent,” full of “integrity,” and scandal free.

He referred to Republican members of Congress who refused to pass gun legislation that would have rendered the Second Amendment meaningless and would have done absolutely nothing to prevent gun violence at Sandy Hook Elementary School as unwilling “to do anything about the slaughter of children” — a rather nasty insinuation.

He suggested that the corrupt media propagandists do not have a bias against Republicans. This about a press that told us that Trump colluded with Vladimir Putin to steal the 2016 election, that there was no way the COVID-19 vaccines would be developed under Operation Warp Speed by the end of last year, that Hunter Biden’s laptop was Russian disinformation, and that it was a conspiracy theory to suggest that the Wuhan virus originated from a lab.

“If an administration is just misstating facts all the time, it starts looking like, gosh, the media’s anti-Trump,” Obama said. “And this becomes more evidence of a left-wing conspiracy and liberal elites trying to gang up on the guy.” In reality, it turns out Trump was right about the Fourth Estate being the enemy of the people. They simply cannot be trusted to tell the truth on just about any topic, ever.

No Obama interview would be complete without him calling the country that elected him to be the first African American president as systemically racist: “What we saw after George Floyd’s murder was a useful bit of truth-telling… I think [it] opened people’s eyes to a renewed way of thinking about how incomplete the process of reckoning has been in this country, when it comes to race.” Actually, it opened our eyes to violent riots that destroyed businesses, churches, and courthouses; burned and vandalized police precincts; and resulted in more than 30 people dead, 700 injured police officers, and more than $2 billion in property damage.

Obama preposterously labeled the Democrat party “empathetic” and “more thoughtful.” This about a party with members who are openly anti-Semitic, anti-Israel, anti-Christian, anti-life, anti-white, and anti-American, and a party whose leaders label all Trump supporters as white supremacists. Perhaps Obama meant “empathetic” to terrorist groups such as Hamas as they fired thousands of rockets at Israel, or thoughtful to illegal immigrants, as Biden allows them to pour across our southern border by the tens of thousands.

And on this atrocity of an interview went. Let’s correct the record.

Obama presided over the worst economic recovery of any post–World War II president. During his eight years, he had an abysmal average GDP growth of 1.6 percent, which puts him dead last, behind Harry Truman, who had to deal with an 11.6 percent economic contraction in 1946, four times greater than any other negative year since then. In Obama’s final quarter in office, eight years after the recession, he presided over a pathetic 2.1 percent growth rate. Obama also has the distinction of being the only U.S. president never to preside over a single year with 3 percent GDP growth.

Regardless of those facts, Obama had the temerity to say that “I would argue, and I think a lot of economists that I know would suggest, that mostly that had nothing to do with Donald Trump’s policies, and mostly had to do with the fact that we had put the economy on a footing where he essentially just continued the longest peacetime recovery and sustained job growth in American history.” Unfortunately, Obama was unable to name a single economist who would suggest such nonsense.

In reality, President Trump reversed Obama’s disastrous economic policies by cutting taxes and cutting regulations. Before the pandemic Trump oversaw a 3.5 percent unemployment rate, the lowest in half a century; jobless claims hit a nearly 50-year low, and more Americans reported being employed than ever before — nearly 160 million; unemployment rates for African Americans, Hispanic Americans, Asian Americans, Native Americans, veterans, individuals with disabilities, and those without a high school diploma all reached record lows; nearly seven million people got off food stamps; unemployment for women was the lowest in nearly 70 years; and poverty rates for African Americans and Hispanic Americans were the lowest they had ever been. Obama does not deserve one iota of credit for any of those accomplishments.

And Obama’s White House was far from scandal free. His administration allowed thousands of guns to pass into the hands of suspected smugglers, resulting in the fatal 2010 shooting of Border Patrol Agent Brian Terry. He weaponized the IRS to target political opponents, he allowed his secretary of state to operate a private email server, and he falsely claimed the 2012 attack in Benghazi, in which Ambassador Chris Stevens and three others were killed, was not a terrorist attack but rather a reaction to an anti-Muslim film. Obama also prematurely withdrew the troops in Iraq, which led to the rise of ISIS in the Middle East. He provided the leading state sponsors of terrorism in Iran with billions of dollars and a pathway to build nuclear weapons, betrayed Israel, and created racial division (“If I had a son, he’d look like Trayvon”). And, lest we forget, he used the FBI to spy on Trump’s campaign.

In Obama’s alternate universe, his presidency was such a success that all of Trump’s accomplishments were really his own accomplishments. And now the megalomaniac is praising President Biden for “finishing the job” of his administration by continuing to build on the Affordable Care Act, which did nothing to lower the cost of health care; rejoining the job-killing Paris Climate Accords, which will eliminate hundreds of thousands of jobs; and piling onto the national student debt with his free universal community college proposal.

But give Obama credit for his consistency — he is just as delusional and despicable as ever.