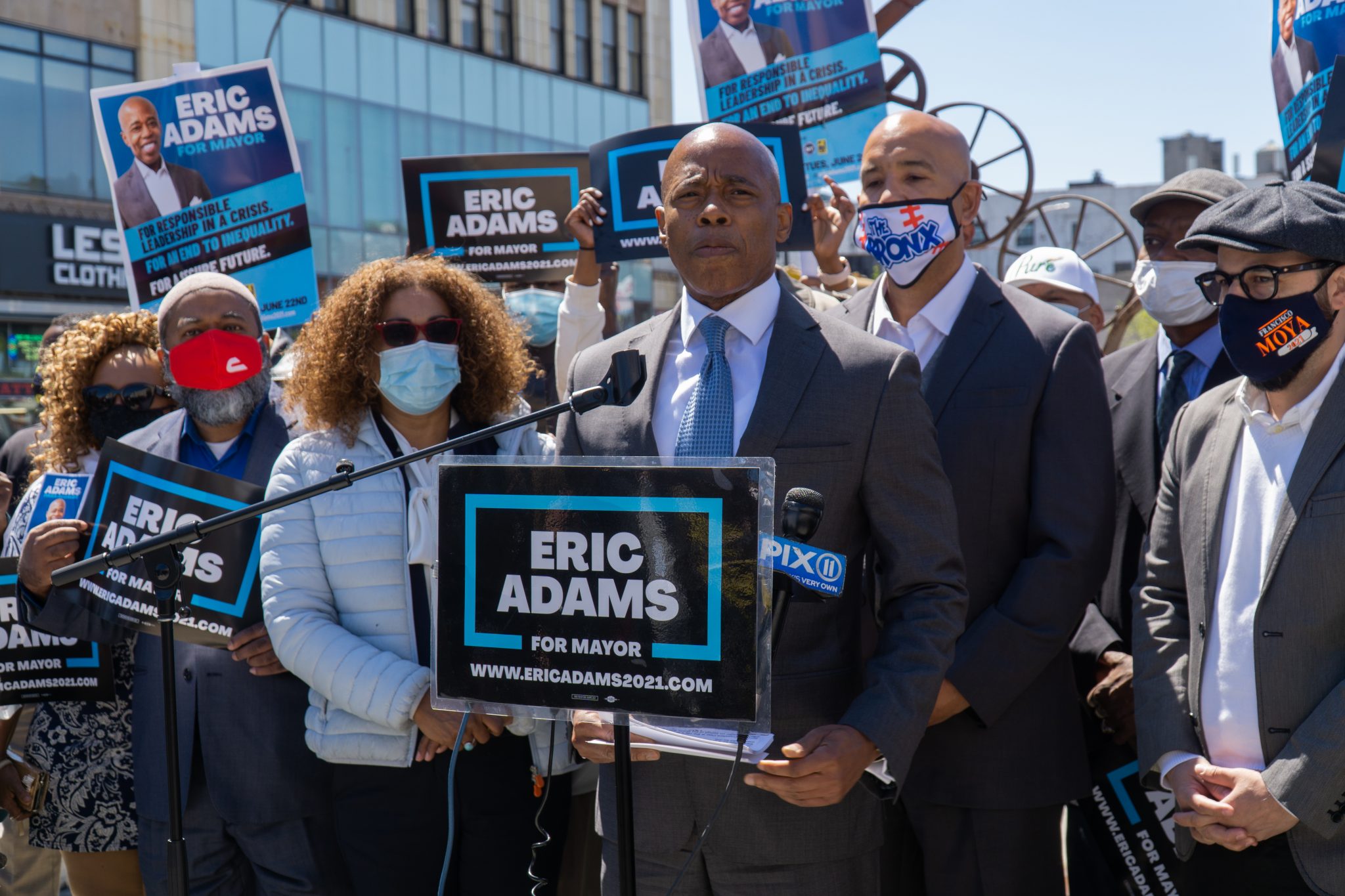 The Adams campaign emphasized support for the NYPD and rehabilitating the public safety apparatus of New York, building government-subsidized affordable housing, and creating a more hospitable environment for small businesses and entrepreneurs.

In ranked-choice voting, voters rank multiple candidates according to their preferences, and the election process cycles candidates out in a process of elimination. If no single candidate can consolidate 50 percent of the vote, then there will be a new vote considering the order of preference and remaining candidates on the ballot. The process repeats itself until only one candidate remains.

At an election party last night, Adams said, “New York City said our first choice is Eric Adams … Brothers and sisters, the race is not over, but the movement is here.”

Andrew Yang, the 2020 presidential candidate turned mayoral candidate who garnered a cult following, has suspended his campaign for mayor after coming in fourth according to the initial tally. Earlier in the race, Yang led in the polls.

Last night, Yang said, “I am not going to be the next mayor of New York City based on the numbers that have come in tonight. I am conceding this race, though we’re not sure ultimately who the next mayor is going to be.”

He added that he would be willing to work with the next mayor to improve the lives of New York City’s inhabitants.

Considering the highly contentious nature of this election, that cooperation might be difficult to accomplish, as Yang and Adams had an intense rivalry leading up to the primary. During a June 2 debate, Yang accused Adams of corruption and implied he was responsible for the death of a New York woman who followed his advice.

It is too early to say whether or not Adams will be the next mayor of New York City. His lead is vulnerable. Considering how ranked-choice voting works, it is possible that one of the remaining candidates could consolidate enough ballot support to upset his lead. More than 200,000 absentee ballots remain to be counted, and Wiley remains committed to staying in the race.