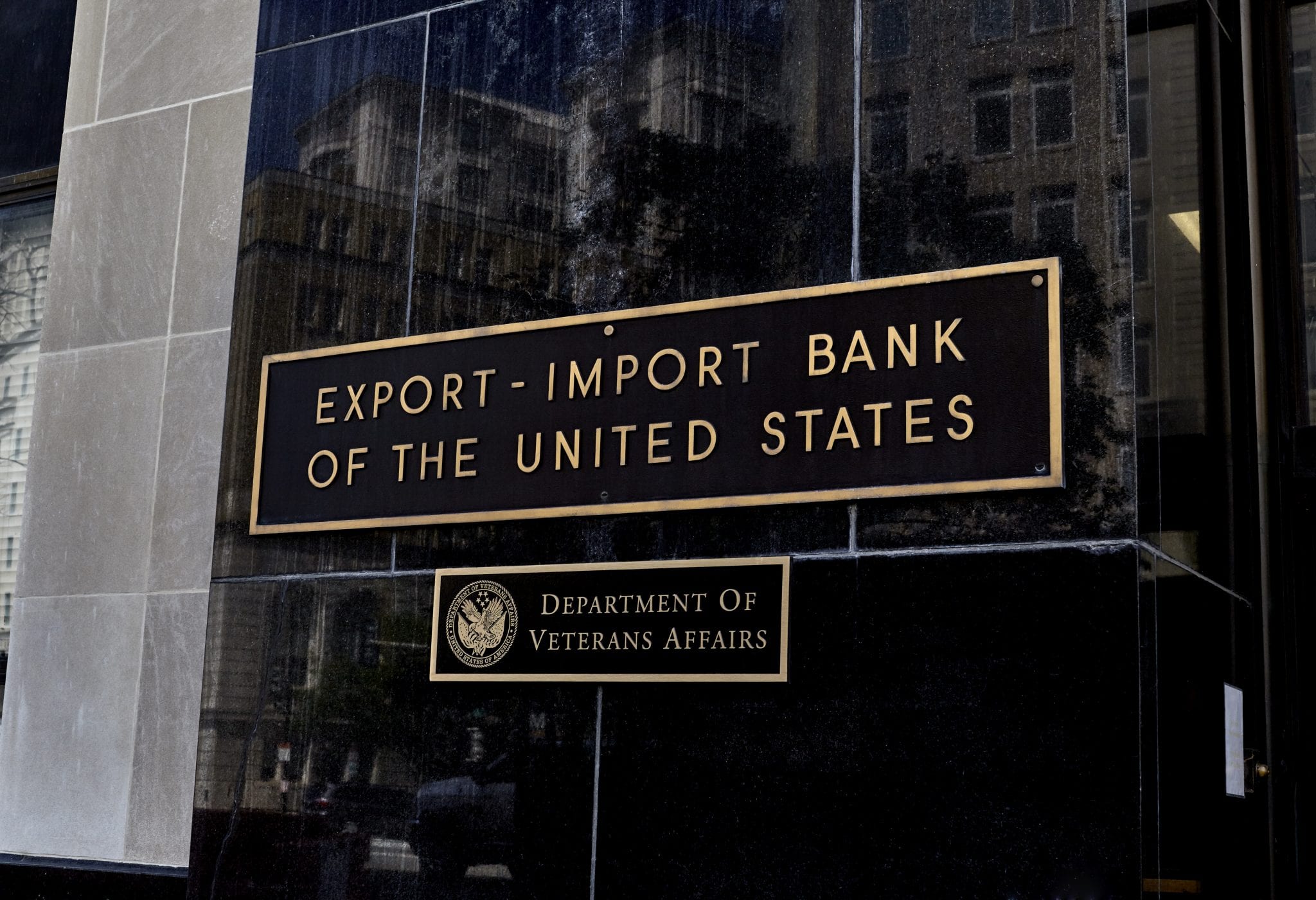 It’s amazing what can be done to a cause in a mere four years. Back in 2015, there was widespread agreement in Congress that the Export-Import Bank — the U.S. government’s export credit agency — was nothing but a crony bank, mostly serving the greedy interests of Boeing and other large companies. As a result, Congress let the bank’s charter expire. It was reauthorized a few months later but in a much-diminished form, operating at 15% capacity.

Fast-forward to 2019. Today, Ex-Im Bank’s full lending abilities are restored, and it’s celebrated by some as a necessary source of job creation and economic growth. This change was particularly visible during a hearing this week before the House Committee on Financial Services called, “Promoting American Jobs: Reauthorization of the U.S. Export-Import Bank.”

Anyone who attended the hearing or tuned in to the livestream got an earful from special interests whose organizations benefit from the bank’s backing of foreign and domestic loans. We Americans were assured that these subsidies are essential, not only to the health of U.S. exports and American small businesses but are also a veritable boon to our very economy.

There wasn’t much pushback on assertions made by members of the committee and witnesses that Ex-Im is a lender of last resort — that without it, small businesses have trouble exporting, or that it’s an essential tool to fight China’s state capitalism. The event was a true bipartisan love fest. Ironically, this committee is the same one that led the charge against Ex-Im back in 2014 and 2015. Under the leadership of then-Chairman Jeb Hensarling (R-Texas), every aspect of the bank’s activities was scrutinized, which ultimately led to Ex-Im’s (temporary) demise.

But to hear it now, the Ex-Im Bank is all about small businesses and prosperity. A thorny problem for those supporting Ex-Im’s revival is that we now have nearly a half-decade’s worth of data on what happened to U.S. exports, economic growth, jobs, and beneficiaries while the institution was mostly dormant between 2015 and 2019. During that time, the bank didn’t have enough board members to authorize deals above $10 million and, as a result, its activities dropped from $21 billion in 2014 (the last year the bank functioned at full capacity) to $3.6 billion in 2018.

That data show that, contrary to the House committee’s fantasy, a fully functioning Ex-Im isn’t all about small businesses. Back in 2014, 65% of the bank’s activities benefited 10 giant companies. Boeing alone got 40% of Ex-Im’s largesse. On the foreign side, the bank’s clients belong to a who’s who list of large, wealthy, successful, and often state-owned companies. Indeed, in 2014, about 30% of the bank’s activities — or $5.9 billion — went to 10 state-owned foreign companies. The unconditional winners of American subsidies to foreign-government-owned companies were Air China (top recipient in 2014) and Mexico’s oil and gas giant, Pemex (top recipient from 2007 through 2013).

Better yet, once Ex-Im stopped extending giant deals to giant companies, American taxpayers’ liability fell from $112 billion in 2014 to $72.5 billion in 2018. U.S. exports continued to grow without being impacted whatsoever by Ex-Im limitations, and many beneficiaries of the bank had their best year ever in 2018, demonstrating that none of these subsidies are necessary for their success.

You’d think the committee would celebrate these developments. Yet, they didn’t. Instead, they celebrated Ex-Im being restored to its full potential, pretended it exists for the sake of small businesses, and insisted that its charter be reauthorized again on Sept. 30. It was the perfect display of Congress picking winners and losers, ignoring the facts, and continuing to grow the size and scope of government.