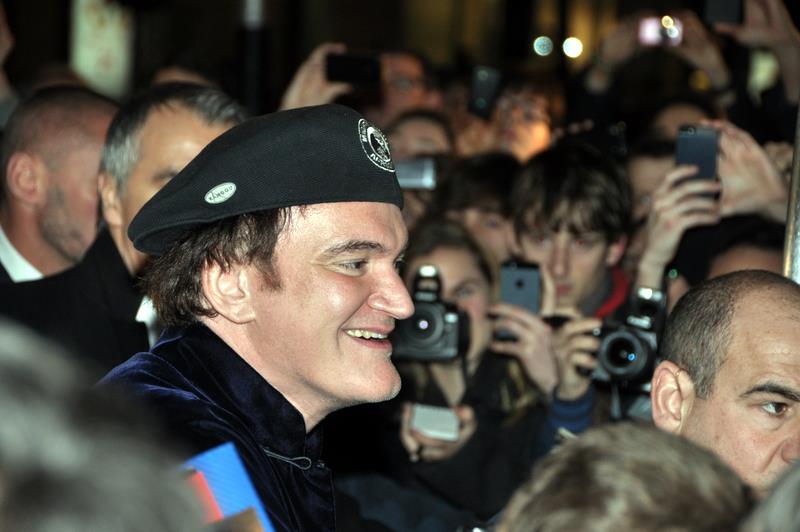 Quentin Tarantino made a movie so brilliant in Once Upon a Time in Hollywood that critics and audiences love it despite missing the point. Like so many good films, it operates, and works, on many levels. When one uncovers all those layers, the movie screaming “1969” on the surface screams, in a muffled and barely audible way, “2019” — or at least “2017” or “2018” — underneath the bottom one.

Ostensibly, Once Upon a Time in Hollywood shows that Hollywood reaped what it sowed in the Manson murders by peddling violence to TV babies who in real life grew up to inflict that violence on actress Sharon Tate, her unborn child, and her beautiful-people friends. How many killings on Gunsmoke, The Rifleman, Mannix, and Hawaii Five-O did the Spahn Ranch dropouts, depicted cinematically as glued to a screen at the former television set for Westerns and star-struck when initially encountering Leonardo DiCaprio’s Rick Dalton (a familiar TV action antihero), did they need to see in their living rooms before they decided to act them out in others’ living rooms?

Many who hold prolonged daily vigils at the Church of the Idiot Box one day make a break from the pews to the pulpit.

That interpretation of the film works. So does seeing Margot Robbie’s sweet, simpleton Sharon Tate as an earlier, on-the-ascent version of DiCaprio’s down-on-his-luck Dalton — and Bruce Dern’s George Spahn and his decrepit ranch as the third, sad act of this cinematic retelling of The Kinks’s “Celluloid Heroes.” Still others find fulfillment in an alternative explanation for what catalyzed the Manson Family, led by a disgruntled entertainment industry wannabe, far more sensible than the cockamamie “Helter Skelter” theory pushed by prosecuting attorney Vincent Bugliosi (alas, making sense of senseless acts occasionally strikes as a senseless act, too). And appreciating the film merely for, say, the Googie architecture of the time and place, Sharon Tate’s love of the poppy Paul Revere & the Raiders helping to develop her character, or DiCaprio expertly playing a mediocre actor that serves to amplify Dalton’s one stunning moment of greatness — independent of any overall message — makes it a masterpiece for others.

But hidden behind the backdrop of 1969 Los Angeles for any who look closely lies a story about the same place in a different time.

Once Upon a Time in Hollywood’s violence acts as a symbolic stand-in for #MeToo in the way Elia Kazan’s On the Waterfront’s naming-names served as a proxy for communism in Hollywood. Rather than wonder why Tarantino portrayed Bruce Lee as a blowhard, the more pertinent, if less often asked, question involves what it means for DiCaprio’s Dalton to exhibit such loyalty to Cliff Booth, played with low-key charisma by Brad Pitt, despite a scandal involving violence derailing his career, tarnishing his name, and making him an on-set pariah. Not a buddy flick with Leonardo DiCaprio starring as Rick Dalton playing Quentin Tarantino alongside Brad Pitt starring as Cliff Booth playing Harvey Weinstein, Once Upon a Time in Hollywood nevertheless contains too many parallels to #MeToo to ignore. Tarantino, in his first film without the involvement of Weinstein, cannot make a movie explicitly addressing #MeToo — the causes, its hysteria, and the comeuppance of Tinseltown lechers. So, instead of telling a direct story about the blowback from drenching the industry in sex, he tells one about a town built on violence if not falling because of it, at least experiencing the demise, and terrorization, of many of its most significant players as a result.

The Tate murders sent Doris Day’s son Terry Melcher into hiding, jolted Steve McQueen, who lost his close friend Jay Sebring in the orgy of violence, into carrying a gun, and prompted Peter Sellers, Yul Brynner, Warren Beatty, and others to put up a reward for the capture of the killers. It shook Hollywood like nothing since the public uproar in the late 1940s over communist infiltration of the film industry. And it shook Hollywood like nothing until a number of women, brave, disgruntled, and otherwise, exposed the abuse and crudeness that happened outside of the camera’s view (that ironically mirrored, occasionally, what the camera captured).

Tarantino, in large part because of his association with Weinstein and in smaller part because of allegations against him of bad behavior by Uma Thurman and Rose McGowan, surely found his world shaken. “Why is someone financing this?” Judd Apatow asked of Tarantino’s film before a single scene had been shot. “This is why Weinstein wasn’t stopped.”

Audiences give thanks that the Thermidor that followed the initial tumult allowed Tarantino to make the film set in 1969 that movie lovers in 2069 will remember first when remembering him. Like so much great art, it starts rather than ends a conversation. It works as “arts for art’s sake” and “art as a weapon” (the great debate in Elia Kazan’s Hollywood), even if the weapon makes its point more subtly than a flamethrower.

If Quentin Tarantino possesses artistic license to present a counterfactual 1960s, then his audience surely maintains artistic liberty to see a 2019 film missed by others who also screened Once Upon a Time in Hollywood.