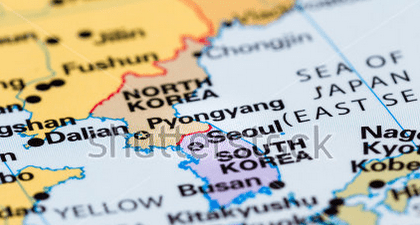 The last few weeks the unthinkable has been taking place with North Korea. Not an edging towards nuclear devastation, but rather the precise opposite.

North Korea has announced that they are considering denuclearization without conditions, such as withdrawal of U.S. forces from South Korea, that were previously a persistent barrier to any potential talks.

South Korea and North Korea have even re-established the hotline between the two capitals, dormant since 2016 when North Korea’s current series of nuclear tests began.

With CIA Director Mike Pompeo having apparently already met North Korean leader Kim Jung-un and President Trump potentially set to in the future, we could be seeing what is a remarkable change in relations on the Korean peninsula.

On the other hand, we could also be seeing more of the same.

A country giving up its nuclear weapons is rare, but not unheard of. South Africa dismantled its nuclear arsenal in the early 1990’s. Ukraine, Kazakhstan, and Belarus each disarmed as well in the wake of the Soviet Union’s dissolution.

These instances were the result of the economic, diplomatic, and military benefits far outweighing the seeming security reduction in abandoning a direct nuclear deterrent. For example, Ukraine only did so in exchange for international treaties protecting its borders and security.

With North Korea, similar has been tried for decades with little progress. In fact, denuclearization talks since the 1990’s have often featured a predictable dance of North Korean openness to halting its nuclear program, demanding concessions, often in the form of economic aid and particularly food.

After the concessions are received, North Korea then abandons the talks and goes back to developing its programs until the next time it seeks international assistance once again and initiates such talks.

The difficulty with North Korea remains the fact that they see their nuclear deterrent as essential in preserving a regime facing increasing international hostility, even from long-time allies such as China.

It could be argued that North Korea retains a significant deterrent in its long-time ability to devastate the South Korean capital of Seoul with its artillery, which could result in millions of casualties.

Nonetheless, artillery remains far more localized than ballistic missiles, and can be neutralized by air, missiles, other artillery, or more. Furthermore, South Korea has been increasingly developing mechanisms to detect North Korean artillery being moved into range, increasing the possibility of evacuation or sheltering in time.

Artillery is also increasingly able to be potentially intercepted by anti-projectile defenses. As Israel’s successful Iron Dome defense system has shown, projectile-based artillery is increasingly becoming less of a threat, as Israel has reduced successful surface-launched missile attacks almost entirely against its territory.

All this essentially means that the realpolitik of North Korea giving up its nuclear program remains tenuous at best. It is worthwhile to attempt to put a diplomatic resolution to the problem, as the continuation of current trends means only a much worse and less resolvable crisis in the future – and one that could potentially cost millions of lives.

Even if talks are successful and North Korea gives up its nuclear weapons, deactivates its programs, and ends its tests, the Korean peninsula’s issues will not be fully resolved.

North Korea remains a horrific Orwellian totalitarian dictatorship, starving, torturing, and brutalizing its people mentally and physically on a daily basis. From a series of brutal labor camps to constant surveillance, from a meager GDP per capita of $1,800 while its top few rulers live in luxury, North Korea’s diplomatic normalization would be complex, both from a policy and moral standpoint.

That’s not to say countries have moved in such a direction before. The People’s Republic of China, while still a Communist-run nation, since the 1980’s has moved far away from the horrors of Maoist China, from which terrors such as the Cultural Revolution and the Great Leap Forward are remembered in perpetuity for their almost unfathomable evil.

How the North Korean situation eventually resolves itself, whether by the regime’s own evolution, international action, or internal revolution, remains uncertain and distant. It would benefit world security were North Korea to denuclearize, but it won’t be even close to the end of the problems that have plagued the Korean peninsula for now almost 75 years.