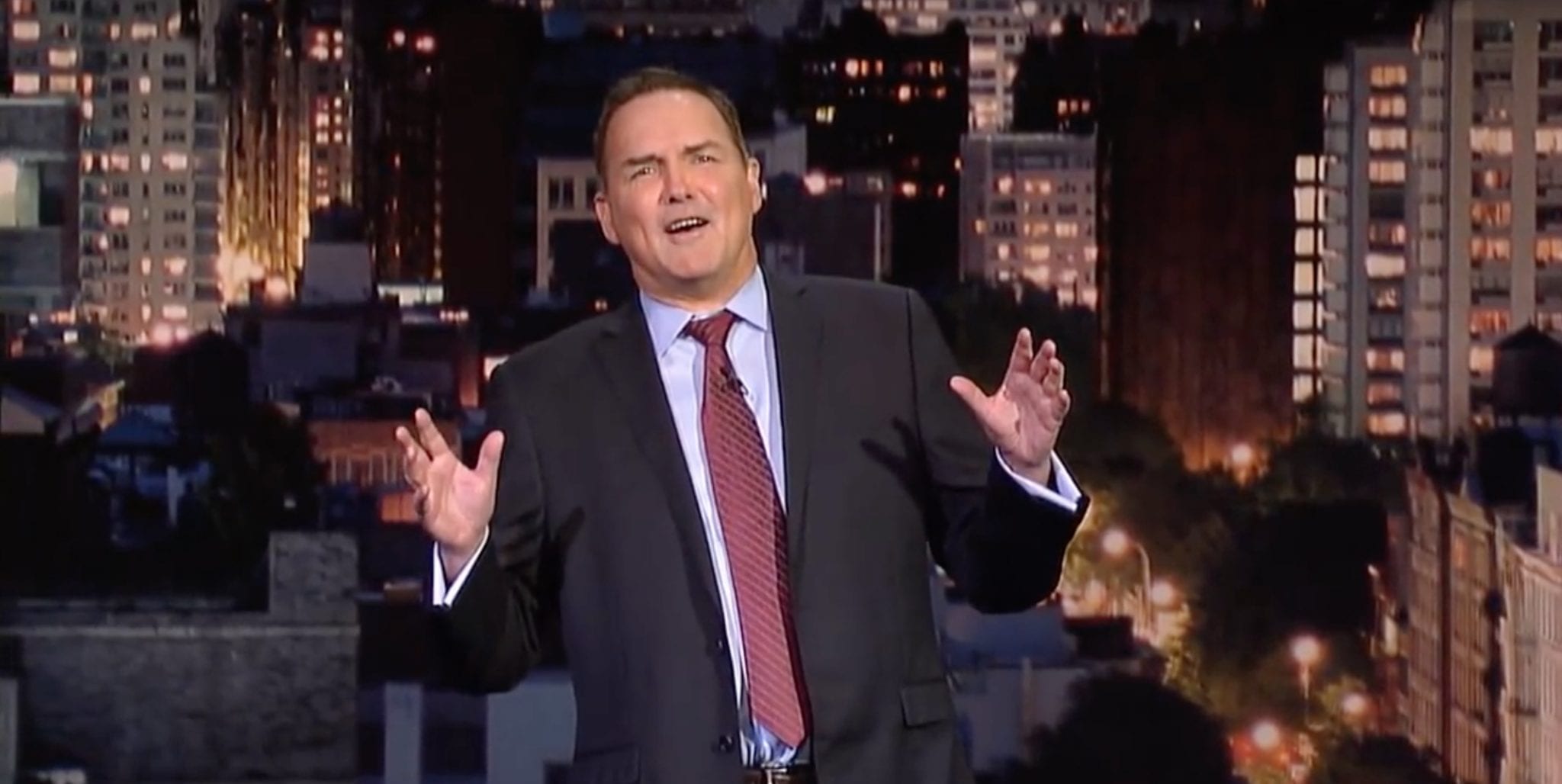 Norm Macdonald, fired by NBC in 1998 for endlessly needling network executive Don Ohlmeyer for his friendship with O.J. Simpson, did not appear on The Tonight Show Tuesday night. NBC disinvited the comic for implying that #MeToo takes matters too far. The network unwittingly confirmed the view for which they punished Macdonald.

“I’m happy the #MeToo movement has slowed down a little bit,” Macdonald explained to The Hollywood Reporter. He predicted that it ends when some innocent person ends himself, expressed sympathy for Roseanne Barr and Louis C.K., and supported The Tonight Show‘s Jimmy Fallon for keeping his show “silly” in contrast to the strident Jimmy Kimmel and Stephen Colbert.

The #MeToo movement, apparently, did not slow to the extent that Macdonald had imagined. Immediately, Twittericans began feigning outrage — that’s what they do on Twitter, a sort of digital torches-and-pitchforks gathering — and demanding that Netflix cancel Norm Macdonald Has a Show a week before its premiere. The new talk show features Macdonald, explicitly avoiding political topics in contrast to other late-night talkers, conversing with David Letterman, Jane Fonda, Judge Judy, Billy Joe Shaver, and diverse others. But the Canadian comic dared to call on people to be “more forgiving,” so people sensitive to the insensitivity of forgiveness cited “sensitivity” and the like in an effort to turn Norm Macdonald Has a Show into Norm Macdonald Had a Show.

“Out of sensitivity to our audience and in light of Norm Macdonald’s comments in the press today, ‘The Tonight Show’ has decided to cancel his appearance on Tuesday’s telecast,” NBC explained in a statement (Netflix appears recalcitrant).

NBC’s transparent explanation for banning Macdonald contrasts with its opacity during its ban of the Saturday Night Live “Weekend Update” anchor in 1998. Back then it dishonestly cited “low ratings” for firing Macdonald and Tom Downey, the writer partly responsible for the O.J. jokes, at the behest of Don Ohlmeyer. But in reality, Ohlmeyer, who attended a party with jurors at Simpson’s home to celebrate his close friend escaping a prison sentence for nearly decapitating his ex-wife and similarly killing Ron Goldman, seethed that his network ridiculed his sociopathic pal — which, in the end, became a way of ridiculing the TV executive.

“This week in the O.J. Simpson trial, after grizzly photos of the murdered Nicole Brown Simpson were shown in court, O.J. turned his head away and wept,” Macdonald told SNL viewers in 1995. “It was at that moment that he realized that he would never be able to kill her again.” After a jury acquitted Simpson, Macdonald explained, “Well, it is finally official: Murder is legal in the state of California.” But even as interest in the case waned, Macdonald kept inserting O.J. into the punchline, which itself became a kind of punchline. “After initially vowing never to rest until his wife’s killers are brought to justice, O.J. Simpson this week changed his pledge slightly,” Macdonald informed. “He now vows to have sex with hot-looking models.”

Most people responded by laughing. Don Ohlmeyer ordered the firing of the two men responsible for the jokes. He cited “low ratings.” Everyone else involved in the show, apparently judged not responsible for the Nielsen slide, kept their jobs. The O.J. jokes stopped.

Later in 1998, Ohlmeyer banned commercials promoting Macdonald’s movie Dirty Work from appearing on NBC until MGM responded by pulling all of its advertising. But the ban on Dirty Work’s ads during SNL remained, and numerous NBC shows pulled guest appearances by Macdonald aimed at promoting the movie—all this pettiness over Macdonald telling jokes at the expense of a man who allegedly murdered an ex-wife whom he had previously abused. Where was NBC’s “sensitivity” to its audience back then?

NBC, of course, employed Simpson as a football analyst, invited him to host SNL, and looked to air a Simpson show called Frogmen until the inconvenience of his legal troubles. More than two decades after Ohlmeyer’s friend stood accused of killing Ron Goldman and Nicole Brown Simpson, other NBC executives killed Ronan Farrow’s story exposing Harvey Weinstein as an alleged sexual abuser and shielded Matt Lauer as he allegedly bedded and harassed underlings.

To show that they finally get it, NBC executives banished Norm Macdonald — again. Sure, he never murdered an ex-wife and her friend. And no woman accuses him of untoward behavior in the workplace as they did Tom Brokaw, Matt Lauer, and other NBC bigwigs. But the not-ready-for-primetime player served as a good scapegoat back when an NBC executive buddied up to a wife-killer. Why not beat him up again in the wake of NBC executives killing stories damaging to Harvey Weinstein and others in with the in-crowd?

Hopefully, Macdonald finds the humor in this non sequitur situation.