by Paul Kengor
President Donald Trump at the White House in 2018 (Evan El-Amin/Shutterstock.com) 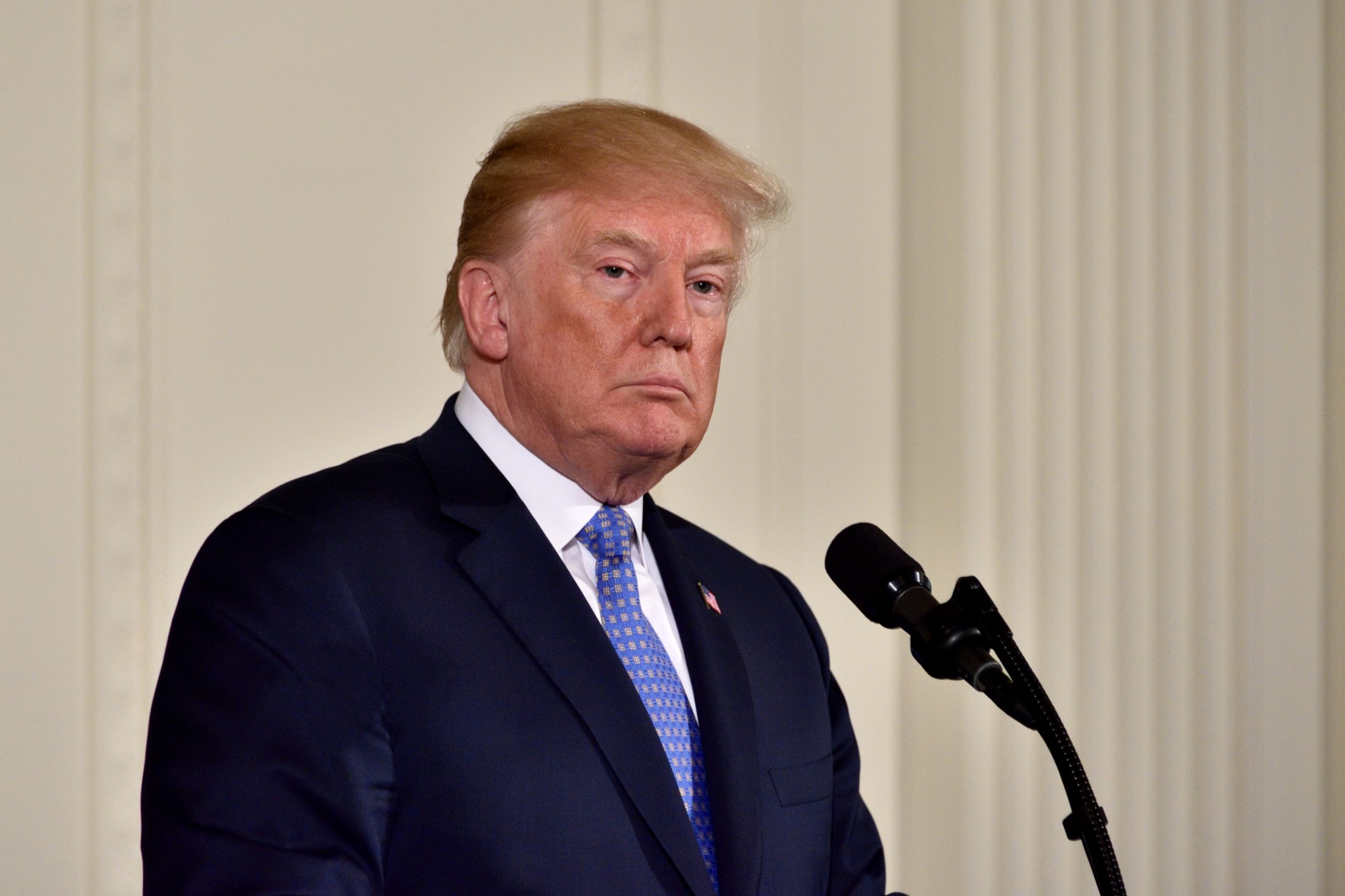 The election of November 2022 was the 50th anniversary of something that went unnoticed and unremarked upon by Republicans and Democrats alike. It marked 50 years since the November 1972 election, in which Richard Nixon, a Republican who in 1968 won the presidency with only 43.4 percent of the vote (edging Hubert Humphrey out by 0.7 percent), soared to a landslide reelection.

In 1972, Richard Milhous Nixon won 49 of 50 states (losing only Massachusetts) and the Electoral College 520 to 17. He trounced George McGovern by 18 million votes. Nixon got nearly 61 percent of the popular vote.

Yes, think about that.

Donald Trump boosters often tell me that no Republican presidential nominee could today get 50 percent of the vote. Really? Why not? George W. Bush did it in 2004. His father did it in 1988. Ronald Reagan did it twice.

In 1980, Reagan defeated the incumbent Jimmy Carter 51 percent to 41 percent. In a stunning rebuke, the sitting president was crushed in the Electoral College, 489 to 49.

In 1984, Reagan, like Nixon in 1972, won almost 60 percent (he got 59 percent), but, even more impressively, he took 49 of 50 states and the Electoral College 525 to 13. He lost only Minnesota, his challenger Walter Mondale’s home state. He beat Mondale by almost 17 million votes. Reagan twice won New York, New Jersey, Pennsylvania, California, and even Massachusetts. (He twice lost Minnesota, a state whose liberalism I’ve never figured out.)

Republican candidates for president have gotten over 50 percent of the vote more often than recent Democrat nominees have. Until Joe Biden in 2020, the only Democrat presidential nominee to get over 50 percent of the vote since LBJ in 1964 was Barack Obama. (All right, all right, Carter got 50.08 percent in 1976. I guess I have to include him, too.)

The absolute norm is to get nearly or over 50 percent.

Over that 100-year period, the lowest percentages by a winner were Donald Trump’s 46 percent in 2016, Bill Clinton’s 43 percent in 1992, and Nixon’s 43 percent in 1968, though the latter two were in three-man races and got more popular votes than their opponents. Trump was the only one of them to win the presidency while losing the popular vote. His case was the rare exception.

Of course, Republicans have also won over 50 percent of the seats in Congress several times since Newt Gingrich’s big win in 1994. They won the House again this November 2022 and won the popular vote this year as well.

His staunchest supporters hate it when this is pointed out, but it’s simply the reality. Trump is divisive even within his own party, and the population at large loathes him.

I honestly share this not to dump on Trump and roast him in this column, nor to deny anything good on policy that he did for the country, from energy to Supreme Court picks. I simply want Republicans and, especially, Trump supporters to acknowledge a crucial reality. Yes, crucial.

And again, the bigger problem for Trump is not merely that he can’t get 50 percent of the vote from the general population but that well over 50 percent of the populace despise him with an extraordinary vehemence, a red-hot hatred. Conceivably, a Republican who isn’t liked could still win a national election, especially against Biden, who also isn’t liked. The problem with Trump is that the dislike for him long ago escalated to the point of seething rage among a massive segment of the population. What that means is that Trump in a general election turns out people on the other side — he drives voters sprinting to the voting booth to cast ballots against him.

That is not good for a party’s nominee. You don’t want that.

To be fair, Trump also has a sizable portion of people that will run to the voting booth to cast ballots for him. Trump has followers who would light themselves on fire for the man. But Trump has opponents who fume with fiery rage against him. And the latter outnumber the former.

What that means in a general election is that he loses, again. The Republicans lose, again.

Trump supporters will protest that the hatred of him is not entirely his fault, and that he was demonized by the partisan Democrat media, and more. But reality is reality, and it’s an obvious recipe for Trump in 2024 once again to get fewer popular votes than his opponent. In other words, a recipe for a Democrat victory.

For Republicans and Americans, that simply cannot be allowed to happen again.