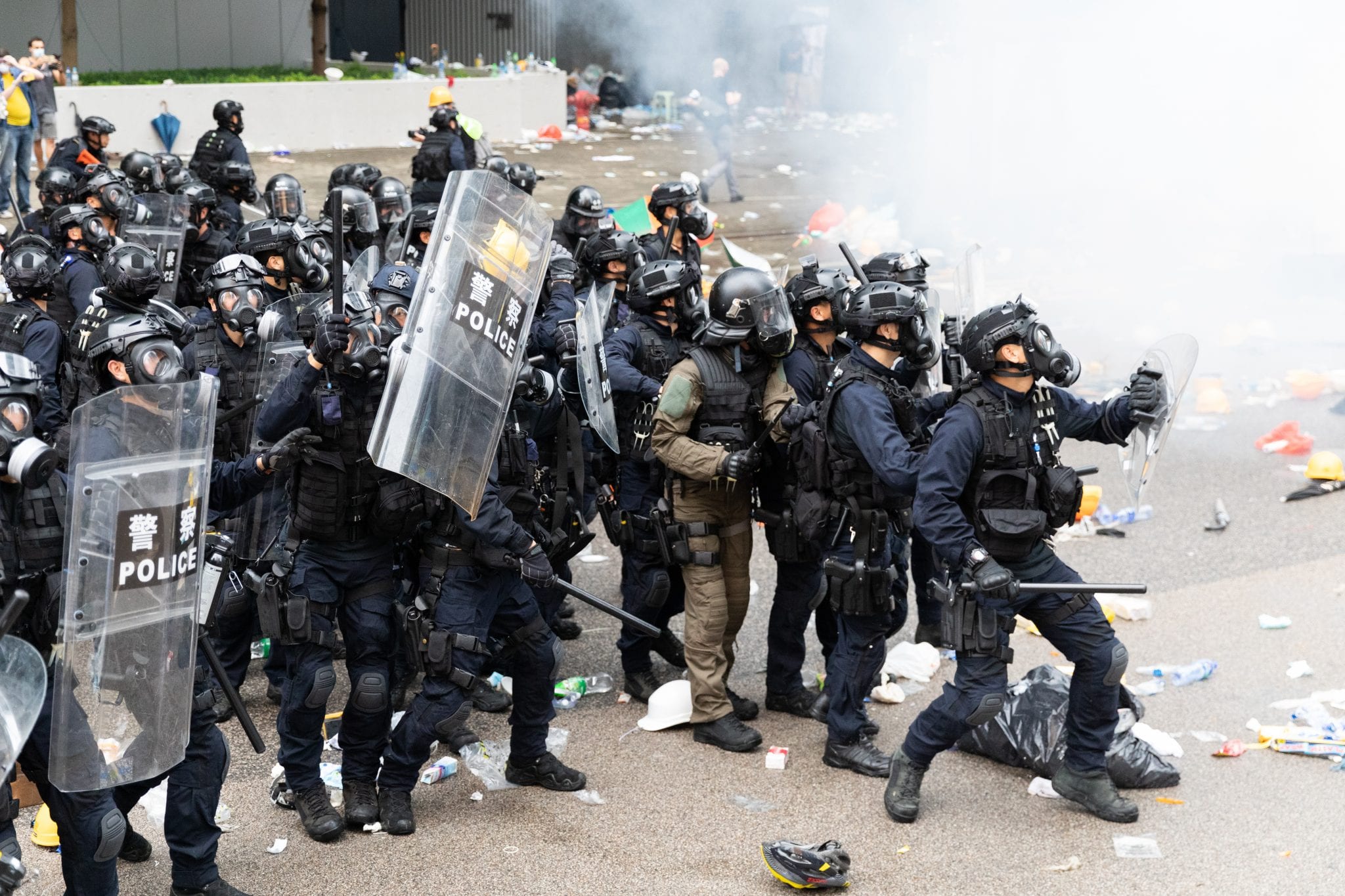 Entering the 15th consecutive week of protests in Hong Kong, peaceful protesters are also pleading for the United States Congress to pass the “Hong Kong Human Rights and Democracy Act,” which would annually re-evaluate Hong Kong’s autonomy and its special trading relationship with the United States.

Even after Chief Executive Carrie Lam’s formal “withdrawal” of the much-loathed Extradition Bill in Hong Kong, both violent and nonviolent protesters have vowed to continue their anti-government movement. It’s easy to understand why Hongkongers are still angry with their leader and her government after Carrie Lam’s press conference two weeks ago.

In explaining why she changed her mind after three months of stubborn refusal to give in to protesters’ demands, Lam explained, “This formal withdrawal of the bill, although it doesn’t make a difference in substance because there has been no plan whatsoever since my earlier announcement to resume the bill, so despite being no difference in substance this is going to be a useful measure for creating that basis for a dialogue” (emphasis added; video 38:45–39:10).

Put plainly, Lam offered nothing new — nothing new in substance — by way of meeting the protesters’ five demands and by her own admission hasn’t changed her stated positions from June and July. That means the protesters have gained nothing of substance since June. Lam continues to sow mistrust.

Let’s not be mistaken about the reasons for the ongoing protests, which have reached 100 consecutive days (as of Monday, September 16), three weeks longer than the 79-day Umbrella Movement in 2014 that shut down much of Hong Kong.

The protests are no longer about withdrawing the Extradition Bill and haven’t been for a long time. The continuing discontent is primarily about obtaining universal suffrage: the people of Hong Kong want to freely elect their leaders without interference from mainland China. If they can achieve universal suffrage, they can possibly create a more stable and lasting democracy — which is something Communist China will do anything to prevent.

The people of Hong Kong also want an independent investigation — not the powerless one Lam has proposed — to hold the police accountable for its excessive use of force and violence. On August 31, for example, police officers rushed into subway cars and ruthlessly attacked bystanders and protesters (warning: the video includes graphic violence).

Hongkongers have formally called on Great Britain, Canada, Taiwan, the United States, and the United Nations for support in reaching a peaceful resolution. It may seem strange, in these days of so much anti-colonial rhetoric, for a former British colony to reach out for help from any one of the major Western powers. Regardless, most Hongkongers — excluding the roughly one million mainland China immigrants living in Hong Kong — would rather belong to Great Britain or Canada than to China. What do we make of this?

The social experiment that took place in Hong Kong over the last 22 years has collapsed. The institutions that maintain a peaceful civilization (for example, powers held in a government that serves the people) have also disintegrated. Hongkongers have lost faith in their chief executive, their government, their police force, their education system, and their public transport system — all necessary parts of a stable, secure, and functional society.

The Hong Kong government under Lam will continue to refuse to compromise. After all, Lam, in her own words, “has to serve two masters by constitution, that is the central people’s government and the people of Hong Kong.” Her ability to resolve the conflict and provide an ease to the unrest is “very, very, very limited,” she says. This means Lam, by her own admission, has no authority to resolve the problems that beleaguer her city.

It doesn’t take a genius to predict that Hong Kong’s problems will continue. Lam and her government will refuse to meet demands, since her hands are tied by Beijing. The police will continue to use violence as a deterrent, which will only stoke more public anger and violence. Major democratic Western powers, restricted by economic fears connected to mainland China, will continue to turn a deaf ear to Hongkongers’ cries for democracy and basic human rights. And the protesters, both violent and nonviolent, will continue in their endeavors because that’s where their hope, no matter how small, remains. And without hope, there’s no point.

Meanwhile, the city burns. Expats and companies are leaving. Tourists are staying away. In other words, everyone is losing.