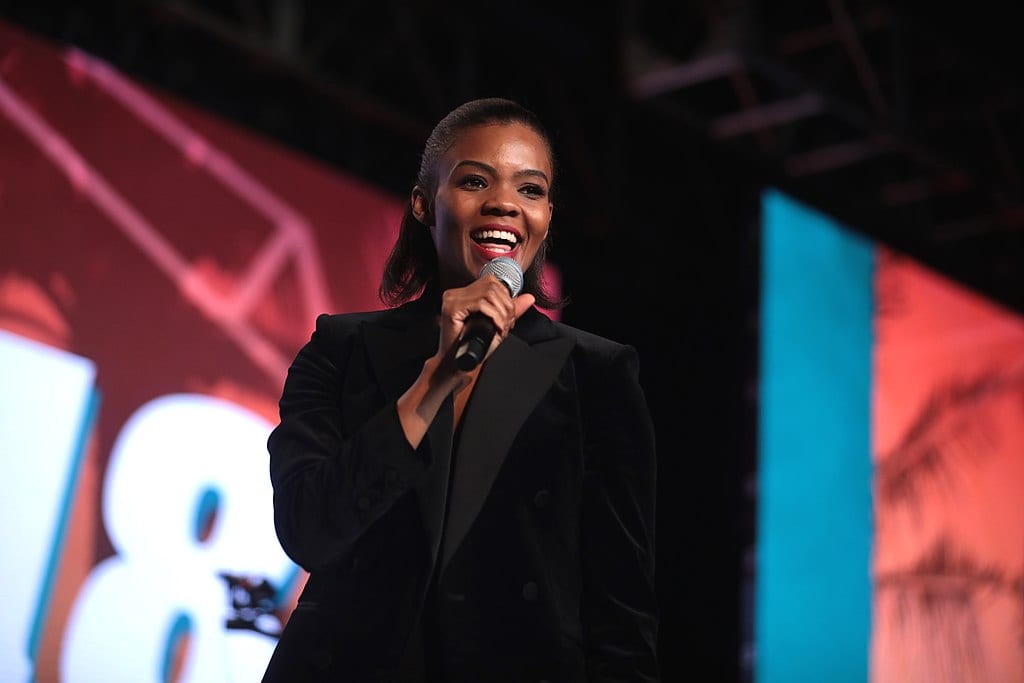 If you expected any diminution of media malpractice following the recent spate of fake news scandals, you were mistaken. Less than a month after wrecking what remained of their credibility by parroting a piece of fiction from BuzzFeed about a former Trump lawyer, and compounding that offense by running a fake story about a group of Catholic high school students, they have struck again. This time the target is Candace Owens, the young black conservative who has urged African-Americans to stop voting Democrat. Over the weekend, the media ran with a BuzzFeed hit piece depicting Owens as a Nazi apologist.

The smear was launched Friday when BuzzFeed tweeted, “Candace Owens: ‘If Hitler just wanted to Make Germany great and have things run well, OK, fine.’” A “news” item also went up on the BuzzFeed website which reported that its crack journalists had “unearthed” comments made by Owens in December at the sinister Royal Automobile Club in London. The story also divulged that the club was near that notorious hotbed of neo-Nazism, Buckingham Palace. It goes without saying that BuzzFeed misrepresented Owens’ comments by deceptively excerpting 62 seconds of a presentation that lasted well over an hour.

Owens’ point, which will be obvious to any objective viewer watching the entire video, was that “nationalism” and “Nazism” aren’t synonyms. Responding to a question concerning how people who believe in national sovereignty can avoid being labeled “nationalist,” she said the definition of that term has been “poisoned by elitists who actually want globalism.” By way of explaining that nationalism isn’t intrinsically evil she added, “If Hitler just wanted to make Germany great and have things run well, okay fine.” That is, if Hitler hadn’t been a genocidal maniac bent on world domination, “nationalism” wouldn’t be a dirty word.

Owens could have done a better job of choosing her words, of course, but only an idiot or a liar would characterize them as an endorsement of Hitler or the Nazis. Unfortunately, there is no shortage of idiots or liars in the “news” media. Eugene Scott, for example, wrote in the Washington Post that Owens’ comments suggested that “Hitler’s leadership of Germany, including his role in the murder of millions of Jews, LGBT people and other German minorities, wasn’t really a problem.” Likewise, that celebrated public intellectual Soledad O’Brien tweeted that Owens is “a nazi apologist and… she’s not very bright.”

After enduring several hours of similarly mendacious slander, Owens tweeted a brief video to explain what should already have been blindingly obvious: “This is actually so insane and so ridiculous that it could only have come from BuzzFeed, which is obviously a scum-of-the-earth publication. But just to clarify this because I have about 50 emails from journalists…” She then describes the question she was asked and what her answer meant. By viewing this video and the unedited version of the December video linked above, it shouldn’t be difficult to differentiate between the facts and the fiction produced by the media.

This is by no means the first smear to which Owens has been subjected. Indeed, the media attacks have occasionally become so intense that she has threatened to give them the Gawker treatment: “I am now putting together a legal fund to go after publications that think they can smear and libel black conservatives who dare to think for themselves.” Gawker, you will recall, was sued out of existence in 2016 for irresponsible reporting. Why would any publication risk that fate to attack Owens? She is that most feared of all leftwing bête noires: a black conservative with a large megaphone and a heretical message:

Donald Trump is going to be the Republican president who’s going to crack the black vote. You can put that in writing.… [Democrats] don’t talk to us about the issues in our community.… It’s the race issue in general.… Telling us the other person is racist is the only way they seize the black vote.

Inevitably, with a message like this, Owens has also been the target of censorship. Last August, for example, she was blocked by Twitter. Her account was eventually unlocked after the Twitterverse erupted in outrage, and she also received a formal apology. Yet the left still hasn’t forgiven CEO Jack Dorsey for publicly apologizing to her when Twitter labeled her “far-right.” After being shamed in a HuffPost interview for this thought crime, Dorsey justified it in terms of ethics: “I apologized because we generally shouldn’t be categorizing people. Our curation team should not be using our descriptions to categorize people.”

All of these attempts to slander, silence, and marginalize Owens relate to a lethal Democratic vulnerability. The party has become so dependent on the black vote that it cannot win a presidential election without a level of enthusiasm in that community comparable to that which former President Obama enjoyed. Consequently, any Democrat with an IQ exceeding single digits is (and should be) terrified by the latest Owens project: Blexit. This is the movement she has launched to free black people from the Democrats. And, as the Pew Research Center reports, she doesn’t need to free many voters to wreck the party:

This, rather than some conspiracy involving the Russians, is why Clinton lost to Trump, and it must be reversed if the Democrats are to avoid the fate of the Whigs. Thus, Candace Owens and anyone else who encourages blacks to reconsider their loyalty to a party with a racial legacy that includes slavery, the KKK, Jim Crow, segregation, and opposition to civil rights, must be neutralized. And that is where BuzzFeed and the media come in. So far, marginalizing and silencing her have failed. So, now, Owens is a Nazi apologist. It is, as she says, insane. But that is the very definition of today’s Democratic Party.