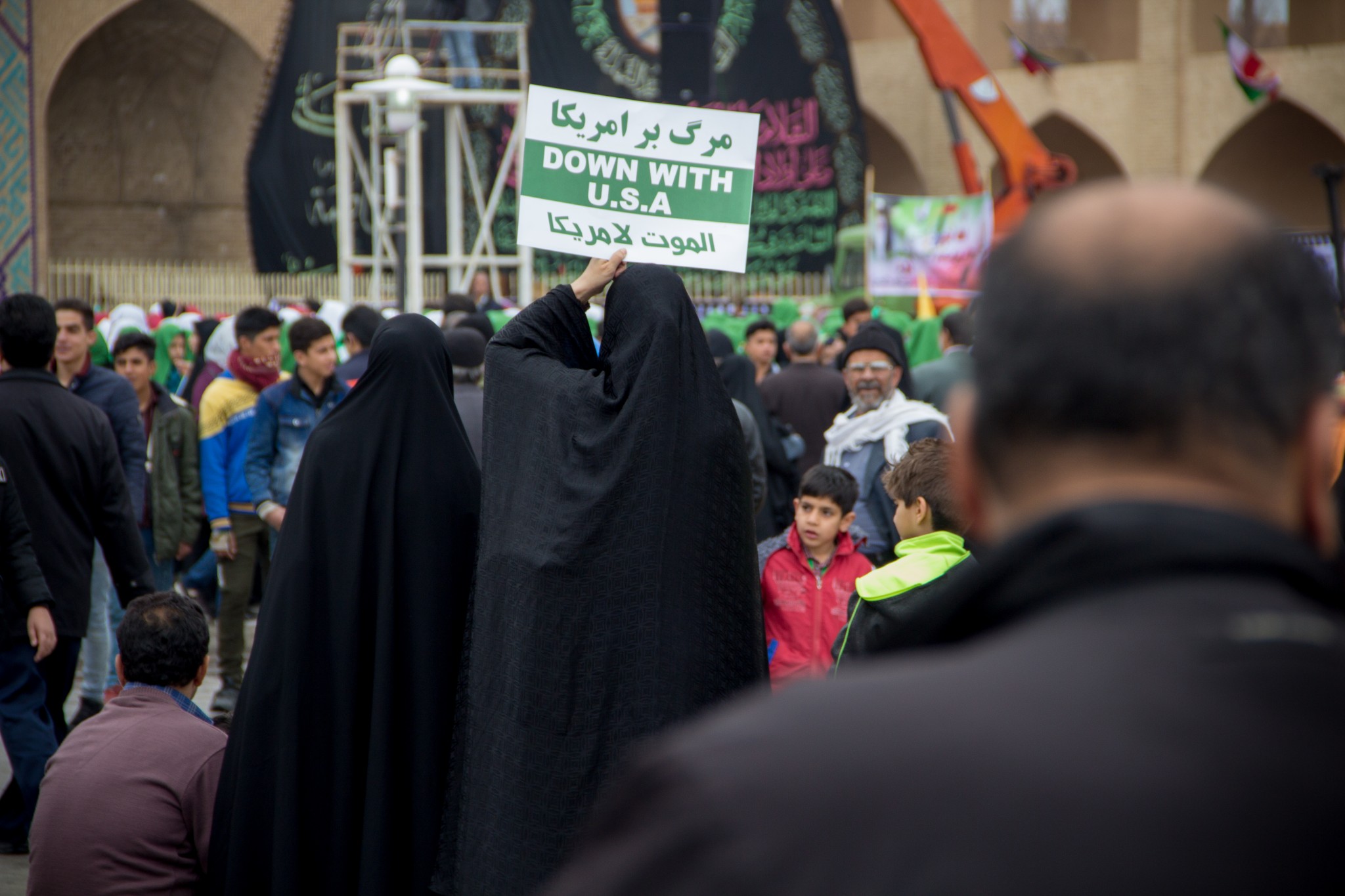 Of all the mainstream media’s sacred tasks, the one that it’s carried out in recent years with particular gusto, imagination, and utter shamelessness has been that of protecting Americans from the many inconvenient truths that might lead them to think Islam is anything other than a religion of peace. Most efforts along these lines are relatively short and narrow in scope — for instance, the heart-tugging profile of the devout “bridge-building” American imam (best not to go into his support for suicide bombing and his desire to forbid music) or the breathless review of a luminous coming-of-age memoir by a young Muslim woman (no need to mention that she’s defended terrorists and accused Israeli doctors of harvesting Palestinian organs). But every so often you get a full-bore, novella-length apologia whose author, not content to extol one individual Muslim, paints Muslim America as a veritable company of saints, along the way citing with unconditional esteem every big-name Muslim available and using every tried-and-true pro-Muslim trope on offer. Such an article, weighing in at 5,000 words, appeared as a recent cover story in Newsweek under the title: “Since 9/11, US Muslims Have Gained Unprecedented Political, Cultural Influence.” American Muslims, gushed Steve Friess, are breaking the green ceiling all over the place: they’re being elevated to the federal bench, appointed to run the FTC, elected to mayoralties and state legislatures, picked as NFL coaches, nominated for Oscars. And for Friess, this is all just absolutely, totally wonderful.

And not just wonderful but remarkable, too, given the “discrimination, fear and intolerance” to which Muslims — all innocent and great-hearted, naturally — have, according to him, been subjected by their small-minded fellow Americans ever since 9/11. From Friess’ multiple references to rampant anti-Muslim bigotry and hate crimes, such as “the ferocious backlash after the September 11 attacks, marked by a wave of physical and verbal assaults on Muslims,” you’d never guess that real anti-Muslim hate crimes (as opposed to, for instance, uneasy glances at women in niqabs) have in fact been extremely rare — and that’s pretty remarkable, given that these last two decades have seen more Quran-inspired massacres in Europe and North America than any of us can keep proper track of. Writing that “[a]nti-Muslim hate crimes are second only to antisemitic incidents,” Friess omits to mention who’s responsible for most of those anti-Semitic incidents. Nor, when he cheers the immigration-fueled rise in the number of American Muslims from one million in 2001 to 3.5 million today, does he explain why so many Muslims would want to relocate to a country so full of boneheaded anti-Muslim bigots. Unsurprisingly, Friess calls out Donald Trump for pursuing “an agenda overtly hostile towards Muslims” — because taking responsible steps to try to prevent terrorism is, naturally, tantamount to Islamophobia. Friess also laments the impact of years of anti-Muslim “misinformation” and “anti-Islamic rhetoric . . . based on myths” when, in reality, the only kind of “misinformation” about Islam that the mainstream media have routinely put out since 9/11 is the kind of sugarcoating that Friess is serving up here.

Hilariously, Friess goes straight from wringing his hands over “misinformation” to quoting with approval a comment by, of all people, the utterly duplicitous Keith Ellison, attorney general of Minnesota, who tells him: “The haters [Muslim-haters, of course] have proven to be liars.” Haters? Liars? The truth is that if some Americans are less than enthusiastic about Islam, it’s not because they’re full of hate or telling lies, but because, despite the best propaganda efforts of hacks like Friess and rags like Newsweek, they know too much about Islam not to be concerned about its growing size and influence in their country. Some of them even know a fact or two about Ellison — for example, that he’s a former member of the Nation of Islam and a staunch defender of its poisonous Jew-hating leader Louis Farrakhan (pretty audacious, by the way, for a fan of Farrakhan to accuse anybody else of hate); that he’s cozy with the Council on American Islamic Relations (CAIR), a Hamas front, and with Iranian leaders; that he supported Sami al-Arian, the Florida professor who was tried and deported for his involvement with the Palestinian Islamic Jihad; that he was an outspoken fan of Fidel Castro and is nowadays quite fond of Antifa. None of which Friess is about to tell you. He goes on to perform a similar service for Muslim Reps. Ilhan Omar and Rashida Tlaib, complaining that they’re the targets of “constant, often viciously personal attacks” when the exact opposite is true: the mainstream media have routinely ignored these two women’s vocal anti-Semitism, their spreading of false anti-Israel propaganda, their involvement with CAIR and links to various terrorist groups, their expressions of America-hatred, and their praise for BLM and Antifa. Omar, at least, could have already seen her political career ended if any one of several alarming actions by her — for example, her involvement in a ballot-harvesting scheme and her sham marriage to her brother — had been taken seriously by the judiciary and covered properly in the mainstream media. In short, the same media that retailed lies about Trump during his presidency has suppressed damning facts about both of these women; but Friess prefers to paint them as noble victims of Islamophobia.

He also gripes about the U.S. government “looking for terrorists” in mosques and college Muslim organizations — as if such places aren’t, in fact, hotbeds of jihadist grooming and training.  He grumbles about “Christian religious leaders” who’ve “made harsh anti-Islamic remarks” — but doesn’t mention the kind of chilling (far beyond “harsh”) rhetoric that can be heard every Friday from the pulpits of thousands of American mosques. He sneers at conservatives for “ginning up public fear that Muslims want to impose Sharia in America” but ignores statistics that show large percentages of Muslims in Western countries who want to see those countries’ laws replaced with sharia. He deplores the fact that in 2009 “more than 82 percent of Muslims in the U.S. reported feeling unsafe” because of anti-Muslim bigotry; as it happens, 2009 was also the year of the Fort Hood massacre, committed by an Army officer whose colleagues, though disturbed by his unhinged expressions of Islamic piety, had never reported him for fear of being accused of, yes, anti-Muslim bigotry.

Friess is outraged that Muslim Americans’ patriotism could ever be questioned — a topic on which he interviews, astonishingly, none other than the appalling Nihad Awad, executive director of CAIR. “We had to redefine ourselves and push back against injustice—from our country, from the government, from the media, from popular culture,” Awad tells him. “We felt the pain about 9/11 that everyone felt but more pain than many because we were blamed for what happened—something we had nothing to do with.” With Awad as with Ellison, Friess does a first-rate whitewash job, omitting to mention that the man is a self-declared Hamas supporter who also expressed admiration for Muammar Qaddafi. Nor does Friess tell us that CAIR was an unindicted co-conspirator in the 2008 trial of the Holy Land Foundation on charges of terrorism financing; that numerous CAIR leaders have been convicted on terrorism-related charges; and that one of its co-founders, Omar Ahmed, admitted that “Islam isn’t in America to be equal to any other faith, but to become dominant,” while former CAIR boss Ibrahim Hooper acknowledged that in a majority-Islamic U.S., the Constitution would be replaced with sharia.

No, Friess doesn’t want you to know the ugly facts about CAIR and Awad; instead he dares to quote Awad on the sins of our 45th president: “‘Trump was able to capitalize on bigotry, on ignorance and racism, on fear,’ said CAIR’s Awad. ‘He mobilized it, weaponized it, made it official. His impact is still with us. And he might come back.’” (Remember, this guy runs a Hamas front.) Friess goes on to remind us that Trump “cut the number of refugees” and prioritized Christians. Yes, and why did he do that? Might there be some reason why Christians (and Jews) have a more urgent need than most Muslims to flee the Middle East? Also, isn’t it true that under Obama, genuinely endangered Christian and Jewish refugees were turned away from the U.S. in massive numbers while Muslims eager to climb on the American gravy train were welcomed? Those are questions Newsweek will never address honestly.

Who is Steve Friess, author of this masterpiece of mendacity? I thought he might be a recent college graduate who has yet to realize that all the propaganda his profs fed him about Islam is untrue. No, in fact, he’s a middle-aged veteran journalist who’s worked as a staffer at Politico, served as China correspondent for USA Today, and freelanced from Las Vegas for a wide range of blue-chip publications. In short, he has no excuse: he’s been around enough to know the truth about Islam. And oh, one of the little biographical squibs about Friess that you can find online supplies another key detail about him: he lives in Ann Arbor “with his husband, son, and three Pomeranians.” In other words, he’s gay.

He’s gay, and he put his name on this effort to prettify a religion whose founder called for sodomites to be executed. And no, that directive isn’t taken seriously just by a tiny minority of extremists. Leaders of CAIR used to routinely quote it; yes, the organization stopped explicitly condemning homosexuality (obviously for strategic reasons) after the 2016 Pulse nightclub massacre in Orlando, but it still hosts lectures by Muslims who publicly advocate death to gays — among them Omar Suleiman, with whom Tlaib, as it happens, has shared a stage on several occasions. Can Friess possibly be unaware of all this? Can he be innocent of the fact that the growing Islamic presence in many Western European urban centers has caused a steady rise in gay-bashings (and worse), inducing many gays to trade in the city for the countryside? And that some American gays, aware of these developments, are consequently less than excited about their own country’s Islamization? Or does Friess’s determination to parrot the PC line on the religion of peace — and hence keep his mainstream-media career chugging along — trump his obligations to his conscience?