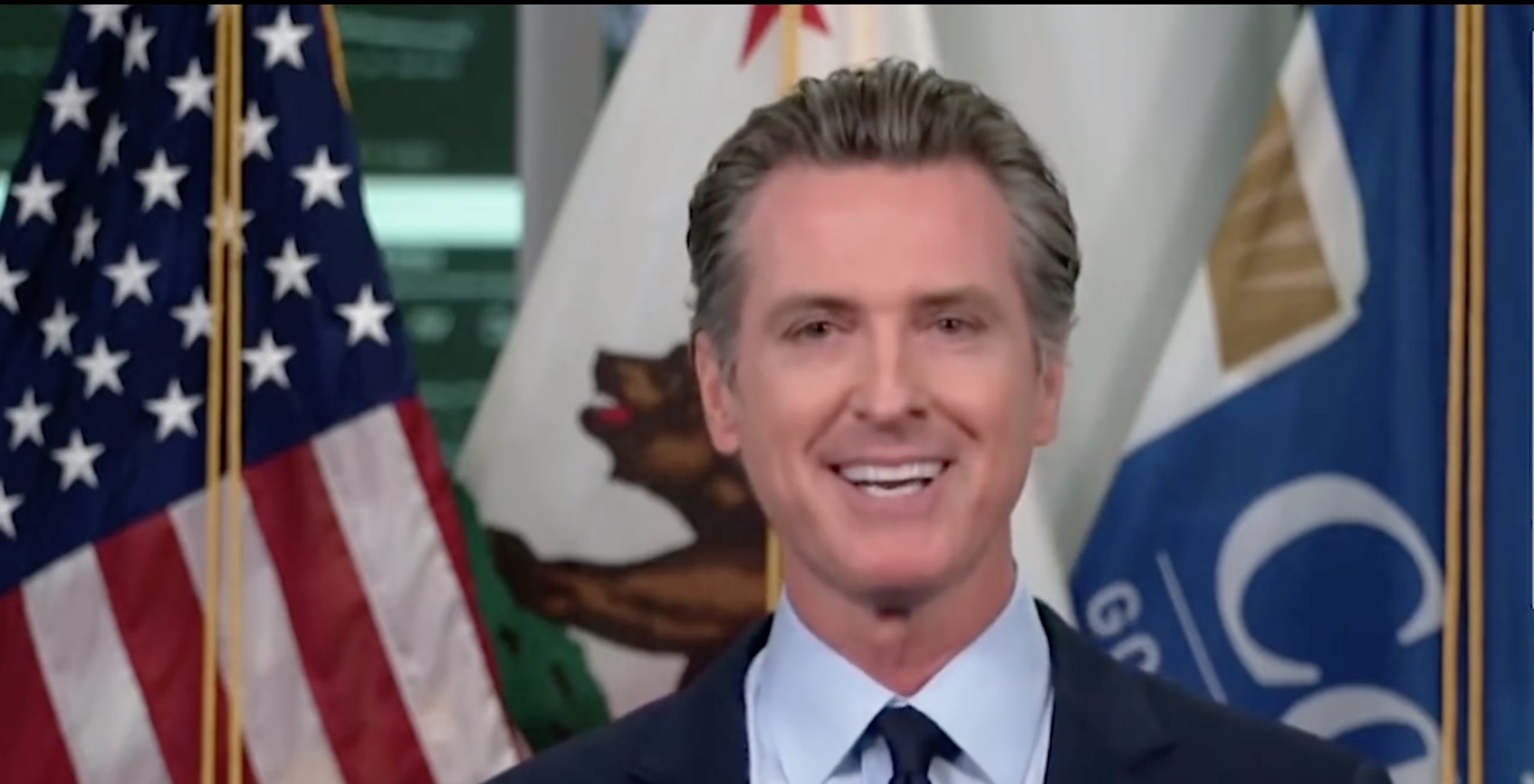 When caught with his mask down, California Gov. Gavin Newsom knows how to apologize and admit that he has sinned.

He is disappointed in himself, Newsom told reporters Monday after the San Francisco Chronicle reported that he had broken his own COVID-19 dicta when he dined recently at the tony French Laundry restaurant and sat indoors with friends who happen to be lobbyists or doctors.

No masks. No social distancing. The big-ticket birthday celebration for lobbyist Jason Kinney flaunted every behavior an MSNBC anchor would tell you is wrong and could kill your grandmother — unless, since it’s MSNBC, the gathering involves swarms of social justice activists.

On the left and the right, critics have denounced Newsom’s hypocrisy. How dare he have forced restaurants to operate al fresco and then dined in a dining room? How dare Newsom prohibit large private gatherings — think: Thanksgiving — with more than three households after rubbing elbows with more than three Sacramento big shots?

Newsom had joined the Shame Club for California Democrats. House Speaker Nancy Pelosi and Sen. Dianne Feinstein have hectored conservatives for being selfish and not wearing masks — only to be caught on camera not wearing masks.

In the case of Pelosi with a hairstylist and Newsom at a Napa Valley eatery, these lapses seemed especially clueless given that these scolds had casually flouted their own strictures in front of people whose livelihoods have been devastated by their bans. It seems not to have occurred to these Democrats that they invited class resentment.

Newsom wasn’t exactly forthcoming when he ’fessed up and told the press that he was ready to “own” the fact that he made “one mistake. I should have just gotten up from this table because there were a few extra people than should have been and left.”

“I made a mistake is, you know, leaving your house and forgetting to take your mask,” California GOP state Sen. Melissa Melendez, observed. A mistake, she said, doesn’t apply to intentional acts.

Melendez also doesn’t buy Newsom’s suggestion that he was caught unawares. “I mean, he’s the governor of California,” she said. “He doesn’t go anywhere without proper security measures in place and everything else. They knew who was going to be there. They probably had a seating chart, for goodness’ sake.”

It’s not the hypocrisy that bugs me so much as the lack of compassion for people who just want to make a living. That and Newsom’s urge to lecture the masses that led his office to tweet: “Going out to eat with members of your household this weekend? Don’t forget to keep your mask on in between bites.”

Well, that act is finished. Melendez sees Californians deciding: “I’m not playing this game. If you guys aren’t doing it, I’m not doing it.” She’s probably right, especially given that CalMatters later reported that California Medical Association CEO Dustin Corcoran and CMA lobbyist Janus Norman had seats at the table.

Having been caught, Newsom’s reaction was to pledge to be a better model. That’s a mistake, the unplanned kind. Newsom should have resolved to set more realistic standards, to stop coming up with ridiculous edicts and to style himself not as a king but as an adviser who listens to experts, well, most of the time.

There’s a lesson here for other governors, including Nevada’s Steve Sisolak as he seems poised to pass new limits on public gatherings. After winking at Black Lives Matter protesters, and setting tougher limits for churches than casinos, Sisolak invited contempt for his policies.

The easiest thing in the world is to pronounce what other people shouldn’t do. Instead, elected officials should be asking themselves: Would I do that?