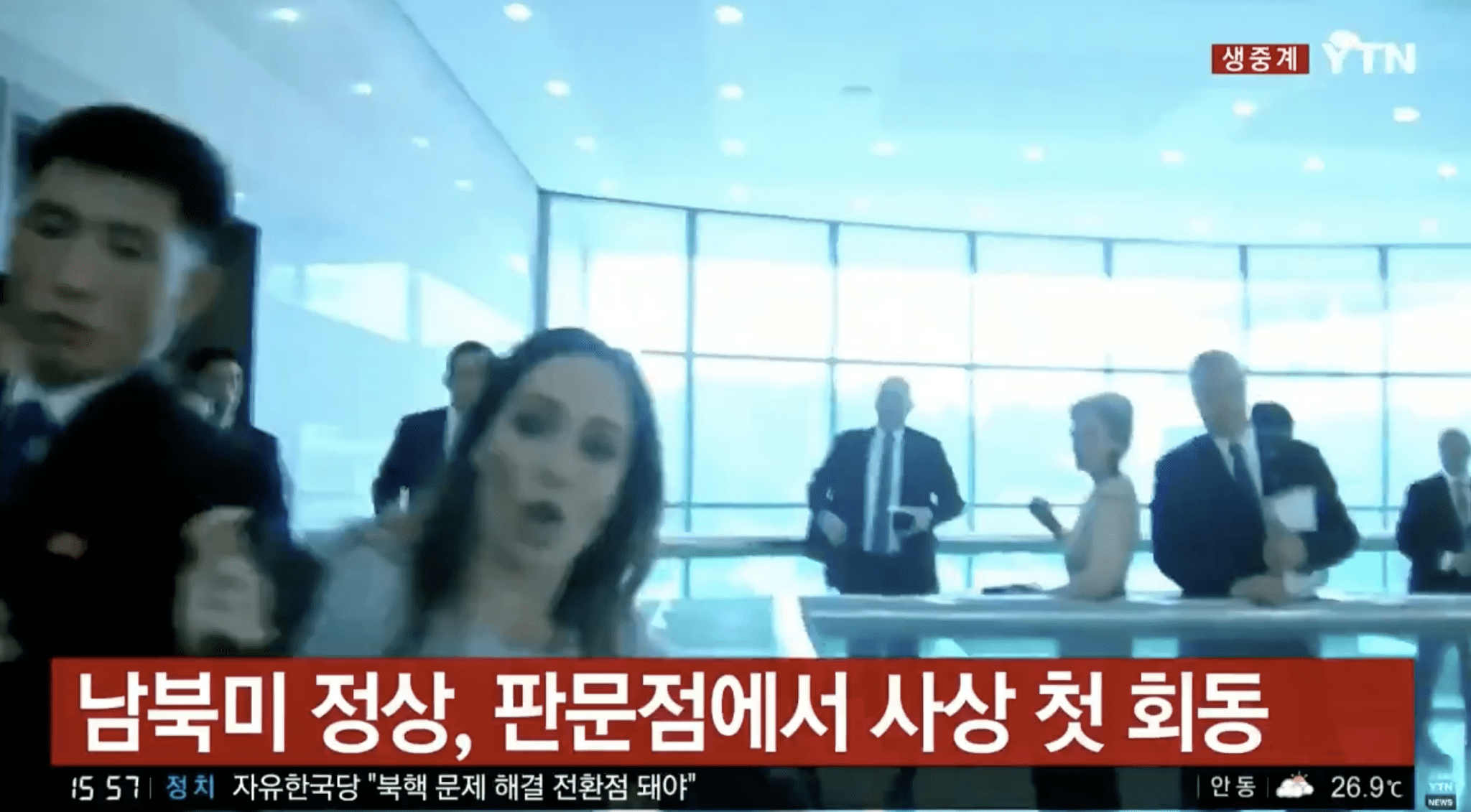 On Sunday, North Korean officials were no match for Trump’s new White House Press Secretary, Stephanie Grisham. During a private meeting between the president and Kim Jong-un after Trump’s spontaneous visit and historic entrance into North Korea, the country’s officials attempted to prevent the American press from listening in. When Grisham noticed, she pushed open a path for the media to walk through and started “an all out brawl” with the officials. You can hear her on video whispering, “Go, go,” as the media members rush past. Grisham was injured in the scuffle.

I am pleased to announce @StephGrisham45 will be the next @PressSec & Comms Director! She has been with us since 2015 – @potus & I can think of no better person to serve the Administration & our country. Excited to have Stephanie working for both sides of the @WhiteHouse. #BeBest

Sarah Huckabee Sanders’ last day on the job was Friday. She tweeted,

.@StephGrisham45 will be an incredible asset to the President and the country. I’m sad to leave the WH, but so happy our team will be in such great hands. Stephanie will do a phenomenal job. Proud to have another mom and a great friend in this role! https://t.co/OYvwL0E1JU

Grisham’s injuries came two days later. This is not the typical warm welcome one would hope to receive for a job promotion. Grisham has been the communications director for the First Lady over the past two years, and is also the new White House Press Secretary. The single mother from Arizona previously ran public relations firm, served as a spokesperson for the Arizona attorney general’s office, and worked on Mitt Romney’s 2012 presidential campaign. While with the Trumps, Grisham was a press aide during the president’s campaign and was a deputy to Sean Spicer before becoming Melania’s communications director and the press secretary for the White House.