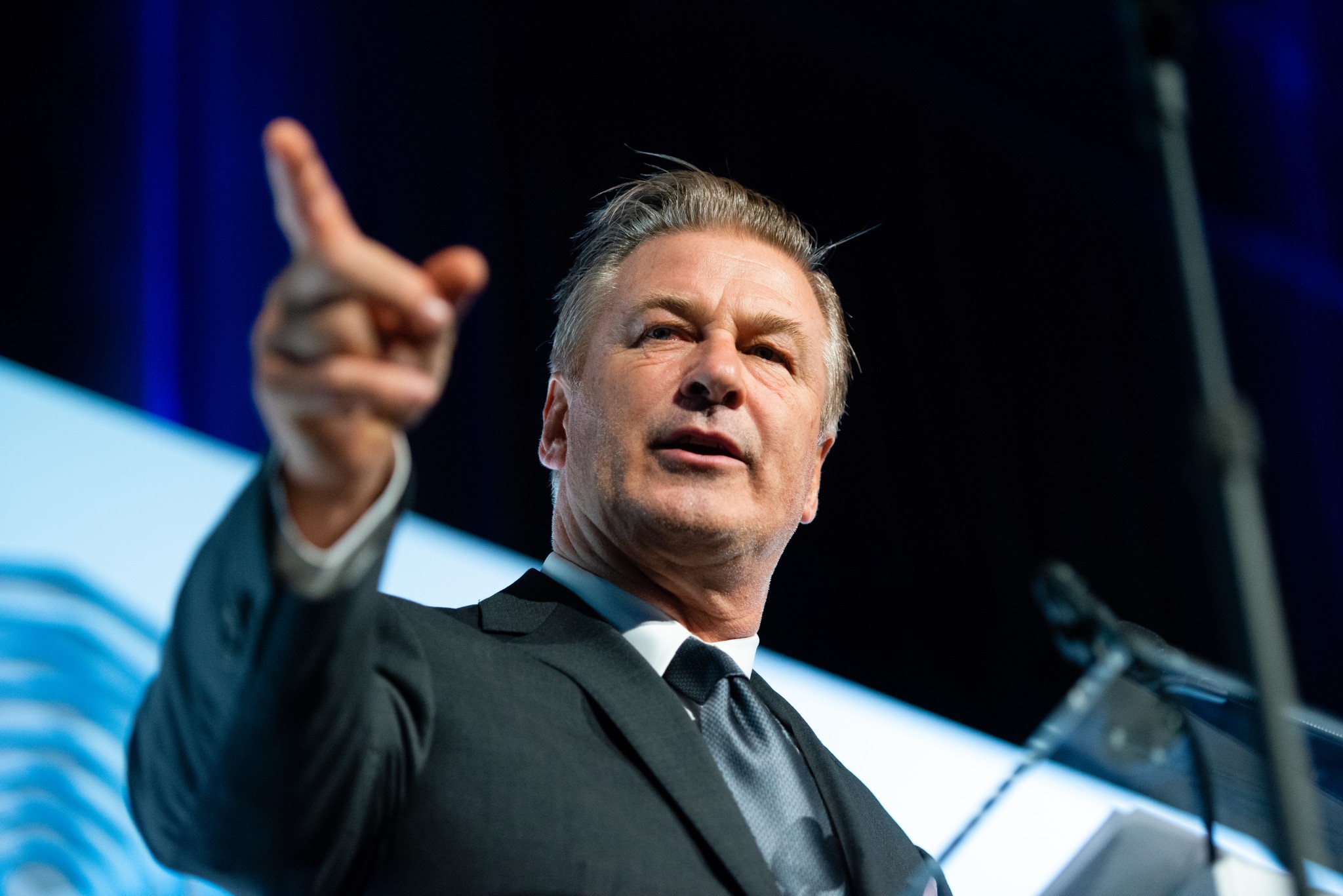 In 1955 Gilliam was tried in New Mexico for involuntary manslaughter in the accidental shooting death of one Eva Devoll.

In his opening to the jury, the prosecutor stated:

It is the State’s theory that the specific act or acts consisted of carelessly handling a loaded fire-arm (sic), and in particular that the defendant loaded the gun, that he handled it without due caution and circumspection while he was drinking, and that he drank intoxicants while he had a loaded gun in his possession.

The evidence established that Ms. Devoll was killed at the home of Leslie Johnson. Persons present when the gun discharged were Johnson, D.E. Hendrix,  Gilliam, and Devoll, the decedent.

Gilliam testified that Hendrix handed him the gun, and, as he took hold of the trigger guard and barrel, the weapon discharged. Nevertheless, he was convicted of involuntary manslaughter.

On appeal to the New Mexico Supreme Court, Gilliam challenged the trial court’s instruction to the jury regarding what the prosecution had to establish to prove him guilty. The Supreme Court held, however, that the instruction regarding the handling of a firearm had been correct in that the judge had “told the jury that it was required, to warrant a conviction, to find beyond a reasonable doubt that defendant handled the pistol without due caution and circumspection and that doing so was the proximate cause of the death of Eva Devoll.

“It could have made no difference to the trial of involuntary manslaughter as to who loaded the gun or whether the person handling the gun was sober or drinking or whether he had loaded the gun while drinking intoxicants. All that is necessary to establish for involuntary manslaughter by use of a loaded firearm is that a defendant had in his hands a gun which at some time had been loaded and that he handled it, whether drunk, drinking or sober, without due caution and circumspection and that death resulted.” (Emphasis added)

The court’s holding in Gilliam’s case is still the law in New Mexico. The state’s felony manslaughter statute provides, in relevant part, the following:

“Manslaughter is the unlawful killing of a human being without malice … Involuntary manslaughter consists of manslaughter in the commission of a lawful act that might produce death … without due caution and circumspection.” (Emphasis added)

Which brings us to Alec Baldwin.

Ever since Baldwin shot and killed a cinematographer during a rehearsal on the set of “Rust,” a Western movie filming in New Mexico, there has been media speculation as to who, if anyone, will be criminally charged.

According to reports, Baldwin was rehearsing a scene inside a church-like structure when the shooting occurred.

In his affidavit for a warrant to search the structure, Detective Joel Cano of the Santa Fe County Sheriff’s Office stated the following:

Affiant [Detective Cano] learned one of the prop-guns was then grabbed by the Assistant Director (Dave Halls) and he took it to the actor identified as Alec Baldwin who was inside of the structure. As the Assistant Director (Dave Halls) handed the gun to the Actor Alec Baldwin, (Dave Halls) yelled, “Cold Gun,” indicating the prop-gun did not have any live rounds. The prop-gun was fired by the Actor Alec Baldwin, striking the Cinematographer identified as (Hayalana [sic] Hutchins) and Joel Souza (Director) who was standing behind the Cinematographer (Hayalana [sic] Hutchins).”

The media have been filled with speculation as to who was responsible for the weapon being loaded. Could it be the young 24 year-old “armorer” who, according to some media reports, may not have been up to the task of keeping the prop-guns in a safe condition? Was the assistant director who failed to inspect the gun before he handed it to Baldwin responsible?

There are many questions that remain to be answered. But there is one firm conclusion that can be reached on the basis of what we know so far.

Regardless of how the gun came to be loaded, it is indisputable that the tragedy would have been prevented if Baldwin had himself inspected and cleared the weapon of live ammunition before he pointed it in the direction of Ms. Hutchins and others. His failure to do so is evidence supporting the argument that he failed to exercise “due caution and circumspection” while handling what he had to have known was an inherently dangerous device capable of causing death or serious bodily injury.

According to the New York Post, at the time of the shooting, “Baldwin was sitting in a church pew practicing a ‘cross draw’ that required pointing the revolver directly at the camera when the firearm went off, striking  Hutchins in the chest and injuring director Joel Souza, 48.”

In his affidavit, Detective Cano stated that Souza described the shooting as follows:

Joel stated they had Alec sitting in a pew in a church building setting, and he was practicing a cross draw. Joel said he was looking over the shoulder of Hayalana (sic), when he heard what sounded like a whip and then loud pop.

Joel then vaguely remembers Hayalana (sic) complaining about her stomach and grabbing her midsection. Joel also said Hayalana (sic) began to stumble backwards and she was assisted to the ground. Joel explained that he was bleeding from his shoulder and he could see blood on Hayalana (sic).

Okay. So Baldwin had failed to clear the gun of live ammunition, and he was intentionally pointing it in the direction of others. But why did the weapon go off?

Santa Fe County Sheriff Adan Mendoza has stated that the lead slug recovered from Souza’s shoulder came from a F.LLi Pietta Long Colt .45 caliber revolver which was fired by Baldwin during the rehearsal.

This is a very significant fact.

The Pietta Long Colt .45 is a “single action” revolver. In order to fire it, the shooter has to pull the hammer back into a cocked position and then press the trigger. This is a deliberate two-step process.

Is that what Baldwin did as he pointed the gun at the camera and the people behind it? Unless the gun was in a defective condition, that would appear to be the case.

So, if Baldwin (a) failed to personally check and clear the gun of live ammunition and then (b) deliberately cocked the hammer and pulled the trigger while pointing it in the direction of others, did he act without “due caution and circumspection” in causing the death of Halyna Hutchins?

The investigation continues and all the facts remain to be determined. But, based on the holding in the Gilliam case and New Mexico’s statutory law, it would seem that a persuasive argument could be made in support of a prima facie case against Alec Baldwin for involuntary manslaughter.