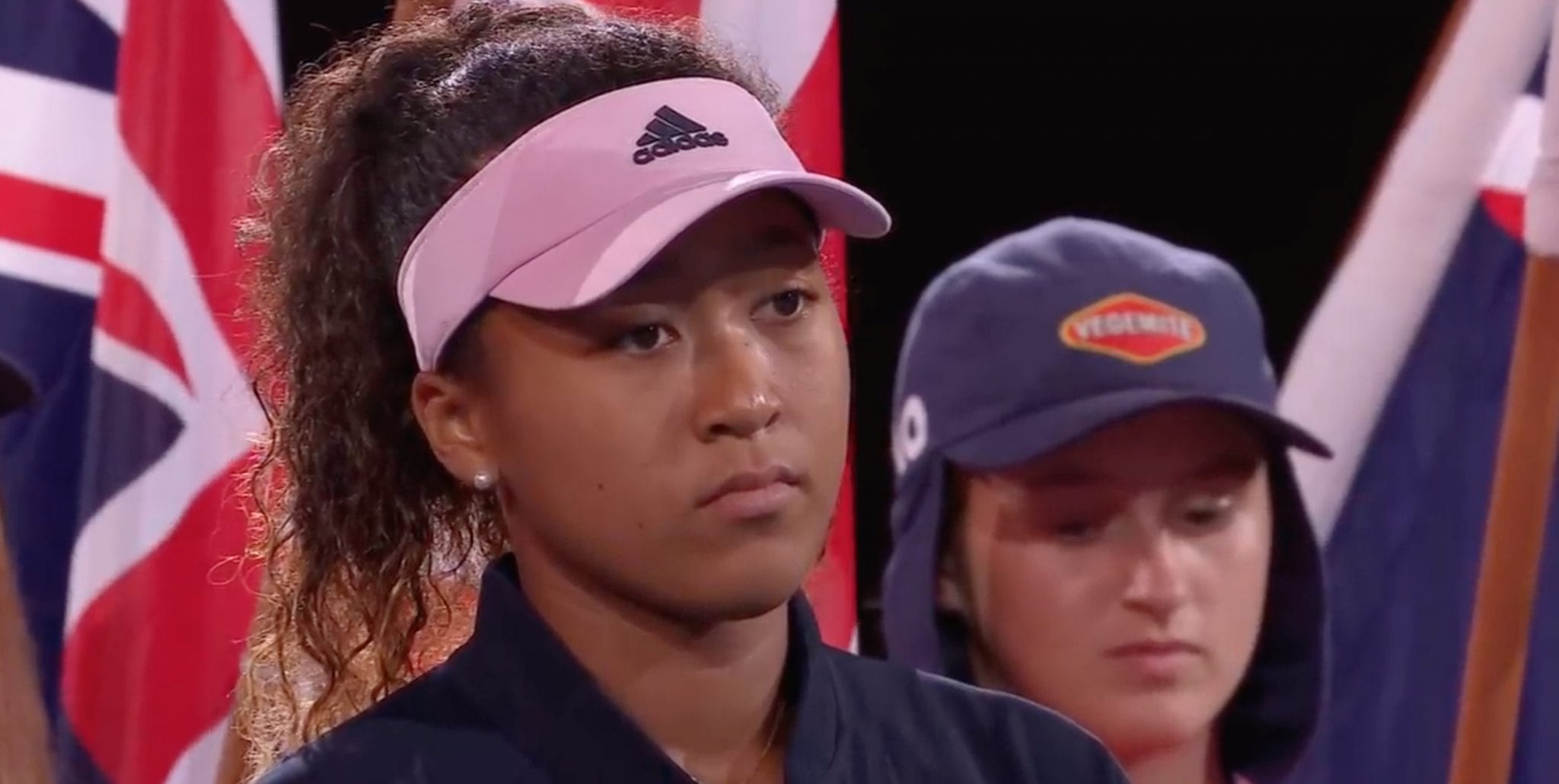 Naomi Osaka held her nerve, shook the frustration of blowing match points, and beat Petra Kvitova in three sets to win the Australian Open. Both played hard-hitting baseline tennis that stretched their physical and mental stamina. It was exhausting — even on TV — and both young ladies deserved to win.

The first stop in the year’s Grand Slam circuit, in Melbourne Park, proved disappointing for Americans, though two rising stars had nice runs. College Park, Maryland’s Frances Tiafoe beat fifth-seed Kevin Anderson and Grigor Dimitrov (20th) before getting stopped cold in the quarters by a Rafael Nadal in top form. A newcomer, University of Virginia alumna Danielle Collins, made it all the way to the semis where she gave Petra Kvitova a serious scare in the first set before going blank in the second; along the way she beat defending Wimbledon champion Angela Kerber.

Miss Kerber, a three-time Slam winner, learned her tennis is Poznan. She is right-handed but plays left-handed, like Rafa Nadal. Poznan is in Poland.

In doubles, Bob Bryan, returned from injury and rehab, joined his brother Mike for a run to the quarters, where they lost to eventual winners Pierre-Hugues Herbert and Nicolas Mahut (who now have won each of the four Slams). Like their president, Emmanuel Macron, they are Frenchmen, but he takes tennis lessons with Patrice Kuchna, who, like Lucas Pouille — demolished by Novak Djokovic in the semis, just as Stefanos Tsitsipas was by Nadal — is from the north of France, where people are called ch’tis.

Miss Osaka, who at 21 is of the same generation as the losing men’s semifinalists, won the tight first set in a tiebreak. Though she was serving for the championship at 5-4 in the second set, she could not close and it appeared she had lost her nerve. Miss Osaka double-faulted on set point at 5-6, smashed a ball in anger, walked off the court with a towel on her head.

The jinx continued at the beginning or the third set, with an easy hold at love by Miss Kvitova. Finally, Miss Osaka, winner of the U.S. Open last year, got back into her game and played steady power tennis to take the lead and keep it.

It was a case of slumping and pulling oneself out of it and regaining composure. That is the stuff of great players, as Miss Osaka showed six months ago at the U.S. Open final, where a wild argument between the umpire and her opponent, Serena Williams, might have intimidated a less focused player. Here again she stayed on her game after the lapse, pushing Miss Kvitova way over the alley with big serves and firing the returns for clear winners into the open court.

Miss Kvitova has an elegant power game of her own. And she never quits. It was a Grand Slam tennis as it is meant to be. Oddly, the much-anticipated men’s final the following day was just the opposite: a one-sided wipeout instead of the clash of champions everyone expected. Playing a flawless fast paced game that he himself admitted felt “divine,” Novak Djokovic wiped the floor — the court, but figuratively, the floor — with his biggest rival. Reversing their usual roles, Djokovic took the offense and scarcely gave Nadal a chance to take it back, or even sustain a defense.

The Spaniard went down in three quick sets after racing through the draw without dropping a single one. With the commentators recalling the “epic” 2012 final here, which the Serb took in five excruciating sets in the longest match in Australian Open history (five hours and 53 minutes), it was stunning and painful to watch — even from afar — and especially if you had money on it.

(Which I did not, but they were showing the original M*A*S*H on TV and readers of a certain age will recall the football game at the end.)

Novak Djokovic consolidated his No. 1 rank and his status as the Greatest Player Today. (Greatest of All Time debates are for barstools.) On this shining afternoon in Rod Laver Arena, Novak Djokovic, 31, broke the record set by Roy Emerson and equaled by Roger Federer, taking his seventh AO trophy.

If the young women are now on the march, the old men are still the ones to beat. That is the conclusion. Naomi Osaka, with her back-to-back wins at Flushing Meadows and Melbourne Park, certainly looks like the new face of women’s tennis, and a delightful face it is too. Petra Kvitova, two-time Wimbledon champion and survivor of a perverse knife attack two years ago that nearly destroyed her playing hand, showed with her fine run that she has turned the page on that ghastly trauma. She will be around and contending for a while yet. So will, one presumes, the other Czech star of this fortnight, Karolina Pliskova, who beat Serena Williams in the quarters, only to be thoroughly outplayed by the eventual winner in the next round.

Miss Williams displayed class and sportsmanship, refusing to ask for a medical timeout and soldiering through six painful games on a rolled ankle as Miss Pliskova fought back from a set down and a 1-5 deficit. Moreover, she refused all leading questions that would have blamed her stunning loss on the injury, crediting Miss Pliskova with “lights-out tennis,” which indeed aptly characterizes the paint-the-lines shots she kept making.

This is superior class, and ought to embarrass Stefanos Tsitsipas, who is probably the best Greek player since Taki Theodoracopulos, and who beat Roger Federer with great skill, for sure, but also with the aid of a suspect medical break at a critical moment when he either needed a rest or meant to break the Swiss’s momentum. Even the suave former No. 1 found this irritating, though he too showed the right form by saying afterward the other guy played the better match.

Serena Williams is far from done, and there were moments that demonstrated that at 37 (like Federer), she can still outplay them all, were she to sustain those precious moments. Of course, that is the condition.

On the social, or political, side of the sport, a person named Anna Wintour tried to win points for herself by declaring that Margaret Court Arena should be renamed because the Aussie legend has expressed doubts about contemporary moral standards and non-conventional marriages. In this Miss Wintour is a bit late, Billie Jean King having made a statement in this area a year ago. At any rate it seems to be a non-starter among Australians, who respect their sports champions and show little inclination to touch up history.

On the other hand, you did not see Miss Wintour saying anything about the odd commercial that came out in Japan, representing the new champion with the fair complexion and straight hair the Japanese traditionally favor, but that Miss Osaka, whose father is Haitian, does not possess. Such are the oddities of sports politicization, and, fittingly in this case, they speak more of fashion than of real life.