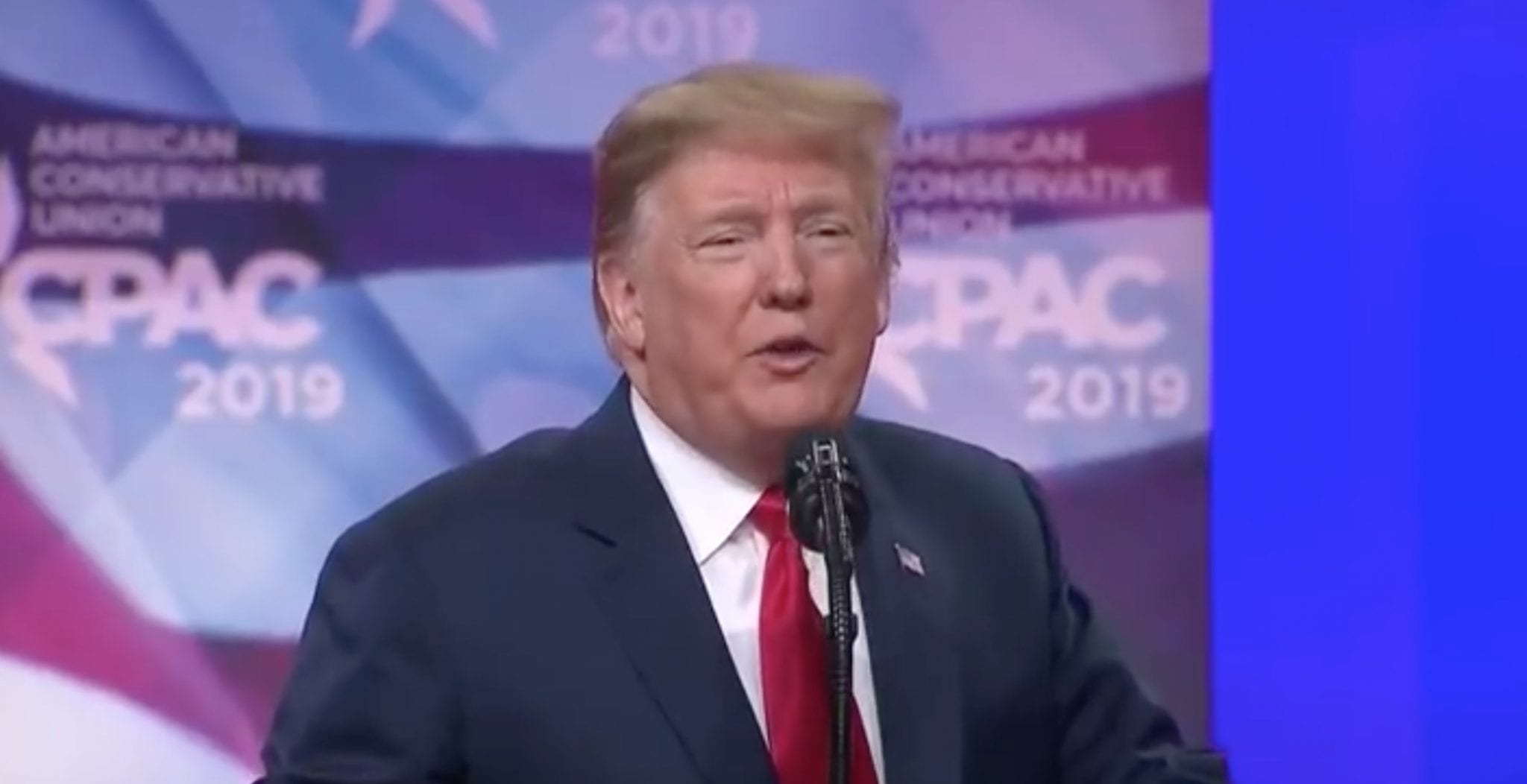 George Conway, a lawyer, best known for being the husband of influential White House advisor Kellyanne Conway, hates his wife’s employer, President Donald Trump. He recently diagnosed the president as suffering from narcissistic personality disorder and antisocial personality disorder. Conway did it on Twitter by posting a picture of the cover of the American Psychiatric Association’s Diagnostic and Statistical Manual of Mental Disorders and scans of brief checklists from that book listing traits associated with those disorders. Conway implied Trump had the traits. Armchair-Freud Conway doesn’t need years of tiresome schooling or clinical work to reach his conclusions, he just knows. In his hands, the checklists are as accurate as a quiz in BuzzFeed that tells you which 1960s TV sitcom character’s personality matches your cat’s personality.

Real psychiatrists consider it unprofessional to give a diagnosis without an examination of the person being diagnosed, but Conway doesn’t need to do that. He may have attended some White House events as his wife’s plus one, might have talked to Trump with some other lawyers via a speakerphone, and perhaps did some other stuff where he might have stepped on Trump’s shadow, so it’s all jake.

Number 1 states that the afflicted has a “grandiose sense of self-importance … without commensurate achievements.” Trump isn’t shy, but he did weather dramatic ups and downs to create a colossal real estate empire and made it into the White House against nearly everyone’s expectations. His immodesty seems to have been validated. As they say, it ain’t bragging if you can do it. Trump’s boastfulness can be grating if you don’t share his politics and his victories are your losses but it isn’t a symptom of mental illness.

Number 2 states the afflicted is preoccupied with “fantasies of unlimited success.” Since Trump sees America’s success as his success, we can hope he fantasizes about lots of it. Besides, in America, we are encouraged from the cradle to dream big, to go for the gold, to strive, to achieve, etc., etc. It’s not saying too much to say that this is the American Dream. The Kansas state motto, Ad Astra per Aspera, means “To the stars through difficulties.” Is Kansas narcissistic?

Number 3 states that the afflicted believes he is “special” and “should only associate with… high-status people.” We all think we’re special. Our mothers told us so and she wouldn’t lie to us. Besides, God made us all with custom-made souls guaranteed special.

In business and politics, associating with successful people is good PR. That’s why companies get sports and entertainment figures to endorse their products and why politicians like to get them to host fundraisers and stand on stage with them. Unsurprisingly, businessman and politician Trump likes to be around successful people, too, but he’s rather generous as to whom he identifies as “a really yuuuge deal!”

Some of Trump’s admiration is the stock-in-trade of politics. Politicians don’t accept the key to a city, then hurl it over their shoulder and snarl, “Who wants this crappy thing! This place stinks on roller skates!” They smile, shake hands with the guy who handed them the key and say, “Thank you, Mayor So-and-so! I’m so happy to be here in Wherever City! Home of the finest whatever you manufacture, mine, or grow!” Even Hillary Clinton managed to associate herself with non-celebrity admirers. Remember her doing it with that girl handing her posies under sniper fire at the airport in Bosnia? Trump does his version with a genial sincerity that’s much harder to doubt. He really appears to be having fun when he stops to shake hands with a vet wearing a MAGA hat or pat a kid waving a flag.

Number 4 states the afflicted requires excessive admiration. Everyone likes to be admired. Even a humble guy likes to be admired for his humility. For a politician, admiration means votes. They want it piled high and slathered on for they can’t be sure of victory till the votes are counted. That’s not psychosis. It’s political wisdom. But does the politician Trump require admiration? As Conway proves, the president gets a lot of anti-admiration, better known as bitter, unrelenting, volcanic hatred. If Trump required excessive admiration to exist, he wouldn’t.

Number 5 states the afflicted has a sense of entitlement. Trump may feel entitled to two scoops of ice cream after dinner, but he worked hard for his office. Trump campaigned vigorously, jetting from state to state till the last possible days of the campaign. Hillary Clinton didn’t. She assumed every blue state was in the bag and took her ease. They weren’t. Who felt more entitled?

Number 6 states that the afflicted is “interpersonally exploitative,” meaning he uses others for his advantage. An executive, which Trump is, uses subordinates to accomplish goals. The subordinates often resent rough treatment, but bosses just as often sigh over poor performance by subordinates.

Number 7 states that the afflicted lacks empathy. A boss must understand the difficulties his subordinates face but must also be a taskmaster, urging them to overcome difficulties to accomplish goals. He must husband his empathy. Usually, subordinates aren’t going to see themselves as the recipients of a sufficient supply. They will gripe. That’s human nature. Here, and with 6 above, kindness is not always an option. Sometimes, a boss must be tough, and this will likely be viewed as exploitative or lacking in empathy. When an enterprise is under close scrutiny, as is Trump’s White House by the hostile media, lots of disgruntled subordinates can be dug up to complain of their mistreatment whether it is valid or not.

Number 8 states that the afflicted thinks others are envious of him. Trump has enjoyed a wealthy life and would have to be stupid not to realize that less lucky people envy that. As president, he’s also envied. Numerous Democrats are desperately out-bidding each other with government goodies to win their party’s nomination to try to get his job. They must envy him the presidency, or why would they pursue it?

Number 9 states that the afflicted shows “arrogant, haughty behaviors.” A celebrity is easily viewed as conceited if he doesn’t meet the expectations of familiarity that fans desire. William Shatner is notorious for this unfair slam because he doesn’t sign autographs when he’s out doing daily tasks. He reasonably maintains that if he did, a long line of Star Trek fans would form, and he’d never be able to buy his groceries or fill up his car. The result is that fans think he’s arrogant (Steve Martin avoids this by handing out cards stating the recipient has encountered Martin and found him to be a wonderful person). The same holds true, on a larger scale, with Trump.

An encounter with a president is an encounter that anyone would want to be significant. Instead of “Ah, uh, Mr. President. I like yer hat,” you’ll want to say something sage about world affairs that will have the president reply, “How about you drop by the White House to tell me more?” When the second doesn’t happen and the president just smiles and walks on, the reaction, if you don’t like his politics, is to think him arrogant.

As they also say, you can’t please everyone. When, like the president, you’ve got millions of people to please, you’re certain to displease a lot of folks and many of them may feel you are arrogant. Trump’s unabashed, self-confidence feeds this image.

That’s the list. How does Trump stack up? He is ebulliently boastful and can be a tough boss but narcissistic nut? No. Now, let’s look at Herr Doktor Conway.

Conway says he was considered for the position of Assistant Attorney General to the Civil Division at the U.S. Department of Justice but declined to pursue the post. He genteelly explained that he didn’t want to be part of Trump’s administration because it was “like a s***show in a dumpster fire.” Some suspect that Conway chose not to pursue the job when it was clear he would not catch it. It’s hard to not wonder if his failure to get a prominent role in the Trump administration, as did his wife, doesn’t color his opinion of the president.

Since Conway feels free to misuse psychological terms, it’s tempting to misuse them to examine his mental state. Is there such a thing as Thwarted Narcissistic Personality Disorder? I won’t diagnose him but it is unsettling that he is willing to disloyally embarrass his wife and threaten her career to indulge his hatred of Trump.

As for Conway’s attempt to diagnose Trump as suffering from antisocial personality disorder — Trump only fits that diagnosis if you are suffering from Full Blown Trump Derangement Syndrome.