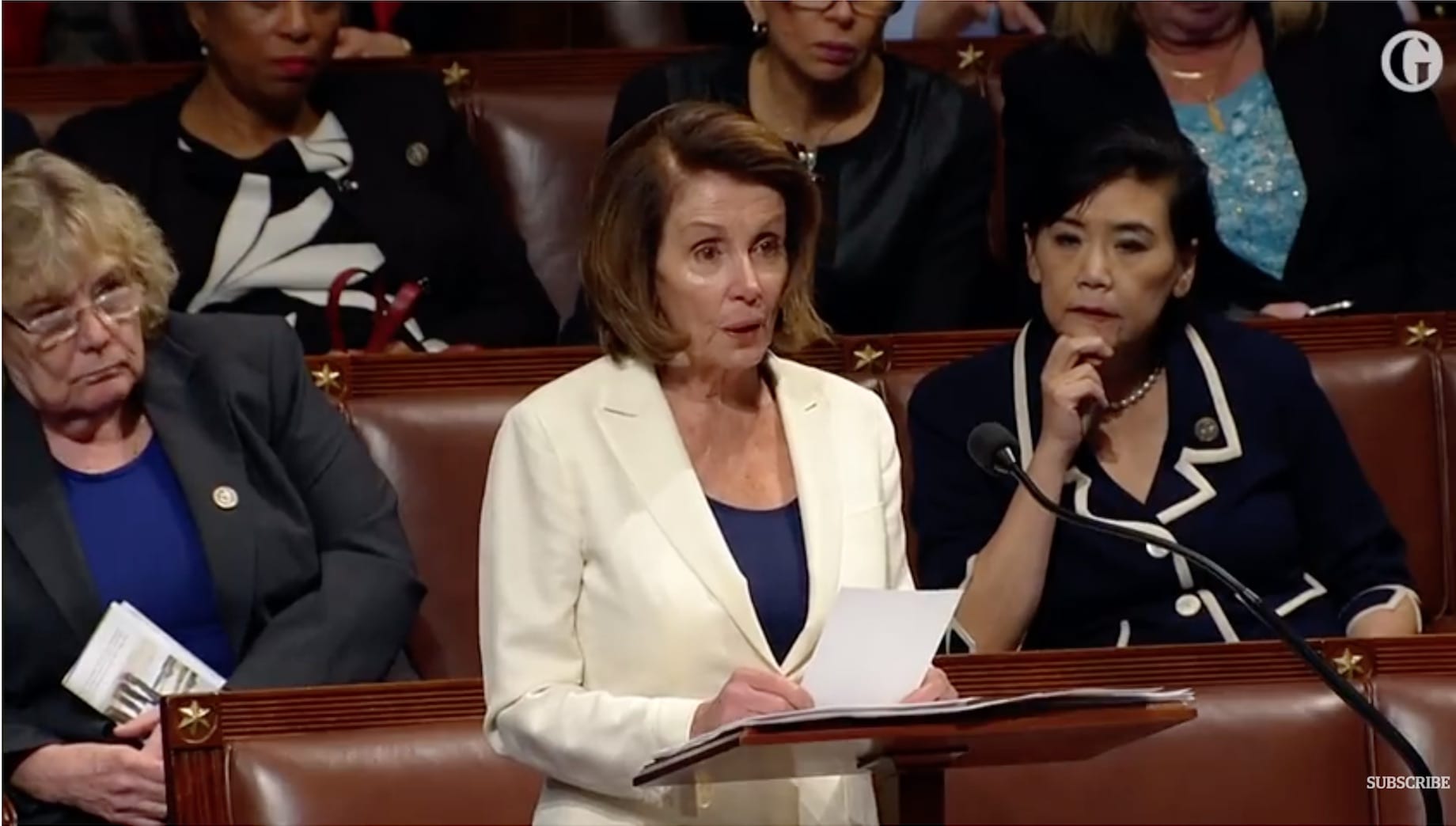 The American president’s party often loses a significant number of seats in the House of Representatives during mid-term elections. Since 1946, it has happened to Truman, Eisenhower, Johnson, Ford, Reagan, Clinton, W. Bush, and Obama, for instance.

The real questions are “How many seats lost?” and “What happened in the Senate?”

As I write, with a few races still disputed, there was a 30-seat swing in the House. This is a mild outcome in historic terms and has to be seriously disappointing for Democrats.

In terms of policy, I hope you like traffic jams because this means at least two years of gridlock. Possibly a government shut-down or two as well.

A Democratic House can bottle up every single Republican policy initiative, though that risks looking petty and overly partisan. At the same time, none of the Dems’ policy plans will get passed due to a stronger GOP majority in the Senate — to say nothing of Trump’s veto power and a growing conservative majority on the Supreme Court.

In frustration, House Democrats may go scorched earth on Trump with investigations and subpoenas. If so, they will have misunderstood these very mixed election results. There is no mandate for impeachment or even rehashing “Russia,” as CNN might put it. If they go there, their narrow House majority will be fleeting.

But there’s also a Catch-22, because if Democrats behave like mature adults, their base will not like it one bit. They’ll be charged up by the ongoing bidding war for the Democratic nomination happening over the next two years, with candidates trying to out woke one another for money and attention. If the tension between what is being promised and what is delivered is too great, we could be looking at open revolt and worse.

The leftist pressure group Antifa recently sent a mob to Fox commentator Tucker Carlson’s house. Don’t assume they won’t do that to Democrats who don’t toe the ever changing progressive party line, at marching speed.

As for Trump, now he has a foil and her name is Nancy Pelosi-Maxine Waters. Pelosi is the one to watch the most closely because she’s not as stupid as she looks or sounds.

The once and future Speaker Pelosi is the daughter of a Baltimore mayor who married into fabulous wealth. She learned how both politics and money work and keeps a close handle on the donor purse strings of her party.

How else do you think she could have survived in leadership after losing her party’s House majority in 2010 and being unable to retake it in three subsequent elections?

If you thought the last two years were too contentious, then I have bad news. Trump promised to “drain the swamp.” But now the swamp is fighting back, with the incoming Speaker of the House as its most ardent defender.