This past Labor Day weekend, I celebrated my 25th birthday in New York City with my sister and her boyfriend. While there, we went to some very famous landmarks, including — but not limited to — Tom’s Restaurant, the famed diner that is best known for being featured in the 1990s NBC sitcom Seinfeld (0ne of the waiters there told me about spotting Jerry Seinfeld and Jason Alexander there two years ago), and Smith & Wollensky, a high-end steakhouse that even the uber-liberal New York Times calls “a steakhouse to end all arguments.” The pinnacle of our trip was our visit to Trump Tower on 5th Ave. 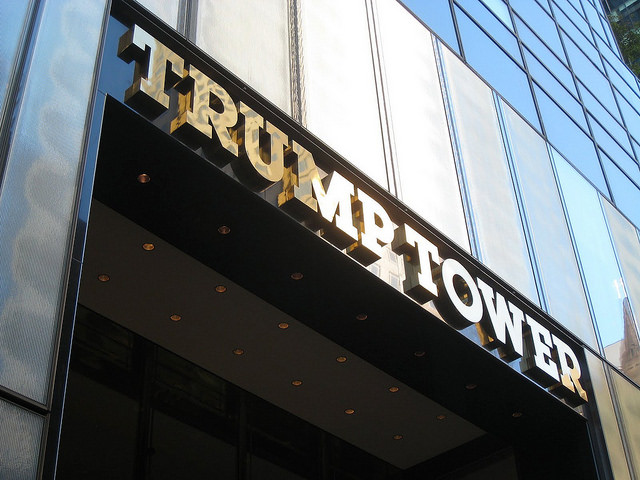 Trump Tower serves as the main headquarters of The Trump Organization, a private real estate company owned by Republican presidential nominee Donald Trump. Trump’s company owns buildings all over the city and golf resorts and hotels around the world — including one now open in Washington, D.C. He also had a lot of casinos operating in Atlantic City, New Jersey. However, as a result of the decline of Atlantic City as a whole, many of those casinos have closed, with the Trump Taj Mahal set to close in October.

Trump Tower, NYC, is open to the public, and has plenty of restaurants and shops for tourists to visit. There’s a Nike store, a Starbucks, and there’s even a bar where people can just take a break from walking everywhere, drink and mingle. At the bar counter, a Trump-Pence sign is displayed where customers would watch a sports game.

I asked the waiter what he thought of the protester dressed in a Trump mask parading around outside the building. He replied that it wasn’t a surprise. He also told me that since Trump started running in 2015, more visitors have been coming to the tower to shop and dine, and probably buy some Trump memorabilia.

Donald Trump is unlikely to win his home state. Since 1988 — around the time George H.W. Bush (who before then was Ronald Reagan’s vice president) won the presidential election, the state of New York has been solidly blue, and nothing has changed since — despite the fact that Republican Rudy Giuliani was the mayor of New York City throughout the 1990s and 2000s.

On an Uber ride back to LaGuardia Airport, the driver told me how much of an impact Mr. Trump had on the city. He said that love him or hate him, he had a huge impact. His company helped develop real estate there, including a luxury hotel in Columbus Circle.

Now, he’s putting his stamp on Washington, D.C. The opening of his most recent hotel not far from the White House is also garnering buzz. The building was originally the city’s main post office, and became a food court in the 1980s. The historic building was sold to The Trump Organization in 2013 to become a luxury hotel. 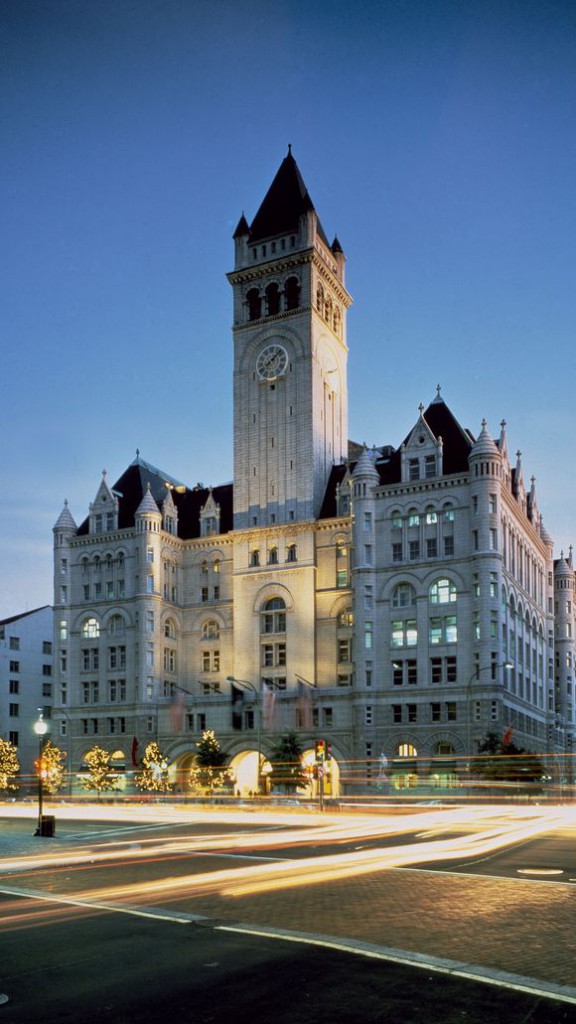 Here’s hoping that now that Trump has his hotel open in D.C., his office will be right next to that new property.