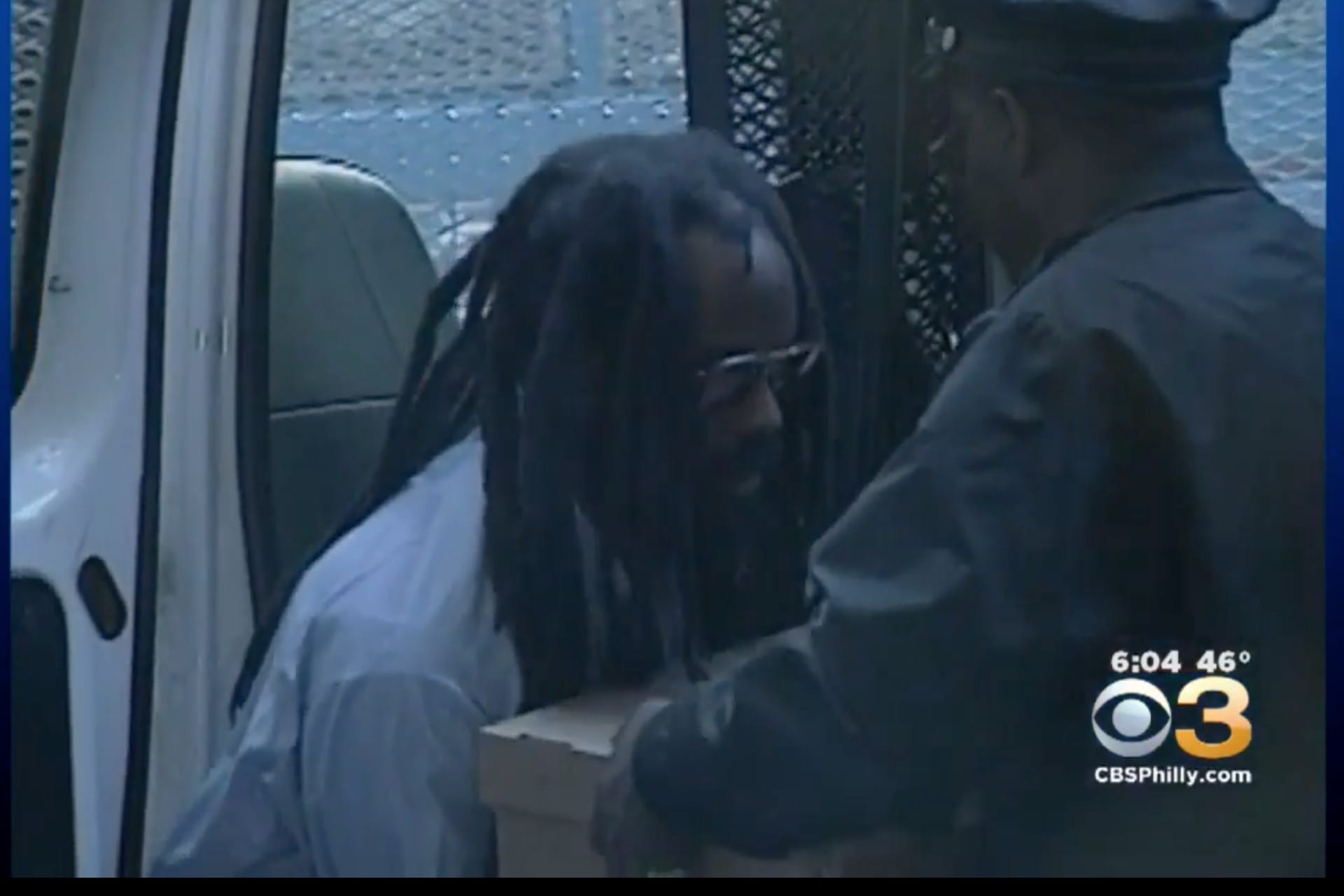 The trial evidence was stark and brutal. In the early-morning hours of December 9, 1981, Police Officer Daniel Faulkner conducted a traffic stop in Center City Philadelphia. A scuffle ensued with the driver, one William Cook.

After subduing the driver, Faulkner began to search him for weapons. It was then that Cook’s brother, Wesley, approached from behind and shot Faulkner in the back. As Faulkner fell, he managed to shoot — but not incapacitate — Wesley. Then, as the grievously wounded officer lay helpless on the cold pavement, Wesley Cook, also known as Mumia Abu-Jamal, executed him with a close-range shot to the head.

To a multiracial jury of Philadelphians, this evidence proved beyond a reasonable doubt that Abu-Jamal was a cold-blooded murderer deserving of the death penalty. But, in the fever swamps of the progressive world, this former Black Panther was deemed to be a heroic political prisoner who had been framed by racist prosecutors because, as a journalist, he had purportedly criticized the police.

Over time, liberal academia took up his cause. In 1991, Abu-Jamal published an essay on the death penalty in the Yale Law Journal. In 1999, he was the graduation speaker — albeit by an audio recording sent from death row — at Evergreen State College in Olympia, Washington. He was the keynote speaker, in absentia, at Antioch College’s 2000 graduation. In 2007, the New College of California School of Law presented him with an honorary degree. And, in 2014, he was the graduation speaker, in absentia, at Goddard College.

In addition to the academic honors, leftists have held rallies and marches throughout the world demanding his release. His appeals in state and federal courts have spanned thirty-seven years. When, in 2011, the U.S. Third Circuit Court of Appeals overturned his death penalty, it seemed that at long last the case had come to an end and that Abu-Jamal would remain in prison for the rest of his life.

But Abu-Jamal’s case returned to court this week on a motion for post conviction relief. His lawyers argued Monday in the Philadelphia Court of Common Pleas that Abu-Jamal’s rights were violated during a previous appeal due to a conflict of interest on the part of Ron Castille, former chief justice of the Pennsylvania Supreme Court.

His lawyers contend that the District Attorney’s Office has an internal memo that might show Castille — back when he was Philadelphia’s district attorney — had direct involvement in pursuing Abu-Jamal’s death sentence. If he did, his later denial as Supreme Court justice of Abu-Jamal’s appeal, could be deemed biased. The hearing judge previously ordered the district attorney’s office to produce the memorandum. But, after an exhaustive search, the prosecution represented to the court that there is no memo or document showing a personal bias by Castille.

“We had a legal assistant full time on that project for the last 63 days,” said the prosecutor. “He searched high and low — through digital files, through boxes, through files in Harrisburg — anything possible that might show Ron Castille’s personal involvement in this case.”

In short, since Castille did not have a direct hand in seeking the death penalty against Abu-Jamal, there was no need for him to recuse himself from hearing the defendant’s appeal.

Defense counsel contended that there is evidence that could prove otherwise. They insisted that an internal memo, written by Castille as district attorney, might show his involvement with seeking the death penalty. Based on this possibility, defense counsel argued that, when Castille was on the Pennsylvania Supreme Court, he should have recused himself from hearing their client’s appeal.

The judge continued the hearing until August 30, 2018.

Daniel Faulkner’s widow, Maureen Faulkner, came from California, where she now resides, to attend the hearing just as she has done repeatedly since her husband’s murder.

Prior to her attendance at Monday’s hearing, she wrote a painful and moving op-ed which was published by the Philadelphia Inquirer urging Philadelphia’s current district attorney, former civil rights lawyer and George Soros protégé Larry Krasner, to oppose Abu-Jamal’s motion. Sadly, like so many other Philadelphia crime victims, she could not be sure whether Krasner, a bitter social justice warrior who had made a living repeatedly suing the Philadelphia Police Department and who received campaign financing of over $1,000,000 from Soros, was going to actually oppose the defense motion. In her op-ed, she spoke eloquently of the suffering caused to the families and loved ones of murder victims by our legal system’s endless appeals. Here are two brief excerpts:

Like thousands of others in America, my family and I are political prisoners trapped by our legal system. We committed no crime, yet we received life sentences with no possibility of parole or reprieve…

[Pennsylvania] Gov. Wolf and Krasner have politicized the use of capital punishment and life sentences in Pennsylvania, so for all practical purposes, each of us who has lost a loved one to murder is a political prisoner. Politicians have taken away the hope we once had that our suffering might finally end when the person who murdered our loved one was put to death. Today, thousands of survivors in Pennsylvania endure endless cruel and unusual punishment in silence. Many haven’t eaten or slept properly for decades, and some become physically or mentally ill due to the psychological suffering we endure. All of us must suffer frequent bag-over-the-head punches to the face that come in the form of unexpected and unending legal appeals, and we survive in a state of constant darkness, not unlike that experienced in solitary confinement; never knowing if the person who murdered our loved one will someday find a sympathetic district attorney or judge who will set him free due to a legal technicality.

Thankfully and to her relief and the surprise of many, the district attorney’s office actually opposed the defense motion. Outside the courtroom, Maureen Faulkner spoke to the media.

“It’s exhausting. It’s been 37 years,” she said. “I believe the district attorney did stand up and do the right thing by arguing the case. We will have to argue the case again in August. Mumia Abu-Jamal will never, never be freed.”

Author’s note: In the interest of full disclosure, I am close friends with Joseph McGill, my former colleague in the Philadelphia District Attorney’s Office who successfully prosecuted Abu-Jamal for the cold blooded murder of Daniel Faulkner. I know and admire and have provided legal services to Maureen Faulkner. Supreme Court Justice Castille and I were colleagues in the district attorney’s office and we have been on friendly terms for decades. Finally, during Abu-Jamal’s post-conviction legal maneuvers, I briefly represented a prosecution witness, a black security guard at the emergency room where Abu-Jamal was brought for treatment within minutes of his shooting Faulkner. My client heard Abu-Jamal shout, “Yeah, I killed the mother***er!”

George Parry is a former federal and state prosecutor who practices law in Philadelphia. He blogs at knowledgeisgood.net and can be reached at kignet1@gmail.com.

George Parry
Follow Their Stories:
View More
George Parry is a former federal and state prosecutor who practices law in Philadelphia and blogs at knowledgeisgood.net.
Most Popular
1
Hither and Yon
CNN Wants You to Know That Recession Declarations Are Racist
by Scott McKay