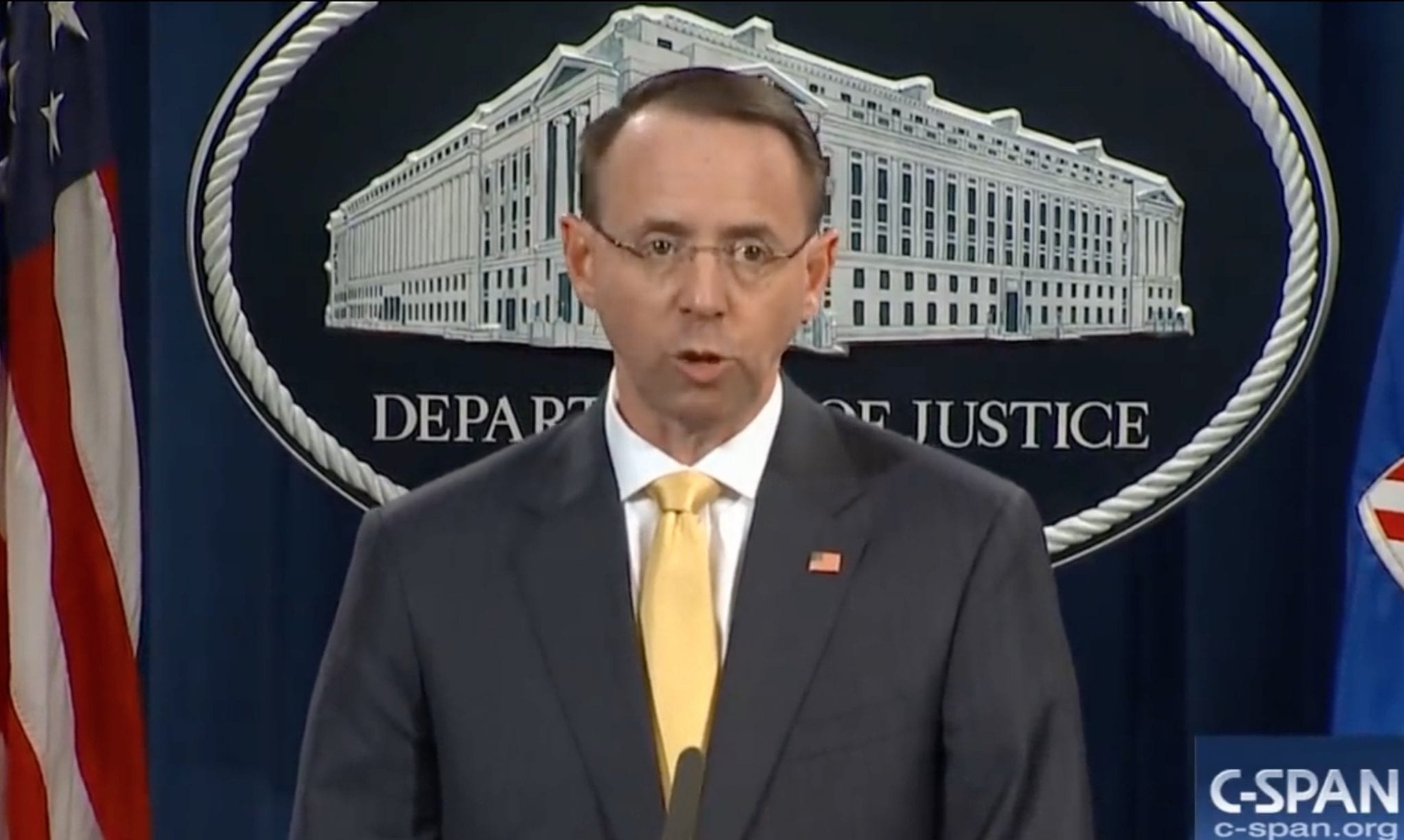 Having anxiously watched Robert Mueller blunder around the Beltway for a year with his metal detector and tinfoil hat, the legacy media were doubtlessly relieved Friday when he seemed to have finally found something they could sink their teeth into. Sadly, for them, there isn’t much to his indictment. All it confirms is the blindingly obvious reality that Russia interferes in American elections. Because we are the big dog and they are the mangy tail that would wag us, the Kremlin tried to influence us via Facebook, Twitter, and Snapchat. The indictment doesn’t even claim this hare-brained scheme worked.

Being too dishonest to tell the truth, the “journalists” who infest the airwaves and the editorial offices of the big dailies have been reporting… well… fake news. Mueller has not, as the New York Times claims, “unveiled a sophisticated network designed to subvert the 2016 election and to support the Trump campaign.” Neither the indictment nor Deputy Attorney General Rod Rosenstein’s statement announcing it says the meddling was restricted to aiding Trump. Both clearly state that the primary Russian objective was to foment rancor and suspicion throughout the electorate. As Rosenstein phrased it:

Russian conspirators want to promote discord in the United States and undermine public confidence in democracy.… The defendants posed as politically and socially active Americans, advocating for and against particular political candidates.

The Mueller indictment itself described this effort to sow discord on both sides thus:

One hardly had to consult George Smiley to work out how a Russian conspiracy to assist Trump’s presidential campaign was likely to fare if it recruited members of Black Lives Matter. But all that really matters is the “collusion” narrative. This is presumably why none of the crack reporters employed by the Gray Lady noticed, as Clarice Feldman points out, “the indictments were so sloppily crafted that a number of the sites listed as pro-Trump in them were actually pro-Hillary.” The Times also failed to note the following revelation by Facebook VP Rob Goldman with regard to post-election ad spending:

The pattern of Russian ad buys on social media, in other words, doesn’t point to a conspiracy favoring Donald Trump. It supports the text of the indictment and Rosenstein’s accompanying statement. But the “news” media don’t really care about that. For our friends in the Fourth Estate, the indictment was analogous to the drugged cake tossed to Cerberus by the Sibyl. Greedily choking it down, they became pleasantly sedated, indifferent to its diarrhetic effect, and inured to the high volume of noisome excrement it forced them to produce. Thus, the Washington Post publishes this kind of crap:

The scope of the alleged efforts to tip the election toward Trump, and otherwise to meddle in U.S. politics… is breathtaking. We may never know whether the outcome of the election was actually affected (contrary to what Trump claims, the indictment doesn’t answer that question either).

Not a syllable of this conforms to the facts. The scope of Russian activity wasn’t “breathtaking.” Daniel J. Flynn put it into perspective in this space a couple of days ago. Russian meddling in U.S. politics goes back at least a century and they were never abstemious in the amounts they spent on such skulduggery. The claim that “we may never know” how it affected the election was of course refuted by the Mueller indictment itself and the Deputy Attorney General. The latter made it abundantly clear, “There is no allegation in the indictment that the charged conduct altered the outcome of the 2016 election.”

Yet, despite this fact and the indictment’s unambiguous statement that no one in the Trump campaign was wittingly involved with any Russians, even light news publications have used it as a pretext for demanding the President’s impeachment. Because he has been skeptical of Russian conspiracy theories, USA Today ran a column Friday titled, “President Trump’s Russia denialism is grounds for impeachment.” This bizarre conclusion was reached in the knowledge that, more than a year ago, Trump himself said: “As far as hacking, I think it was Russia. But I think we also get hacked by other countries and other people.”

This hardly renders the President guilty of the heinous crime of “denialism,” which is evidently an impeachable offense. This weird column suggests that the editors of USA Today should return to the kind of copy people like to take to the bathroom at the Holiday Inn, and not necessarily for reading purposes. But neither Russian skulduggery, nor Trump’s imagined high crimes and misdemeanors are the real problem here, of course. The problem isn’t even what the Russians have or haven’t been up to. The problem is that the Fourth Estate hates Donald Trump’s guts because he beat them at their own game in 2016.

So, when Hillary Clinton began blaming her defeat on the Russians, the media picked up the theme. And, when Robert Mueller was assigned to look into those charges, Watergate began dancing like sugarplums through their heads. But Mueller can indict 13 Russian nationals or 13 ham sandwiches. It means nothing if the President’s supporters go to the polls in November and crush the Democrats. That will protect him from impeachment, and will also have the salubrious effect of driving the media around the bend.