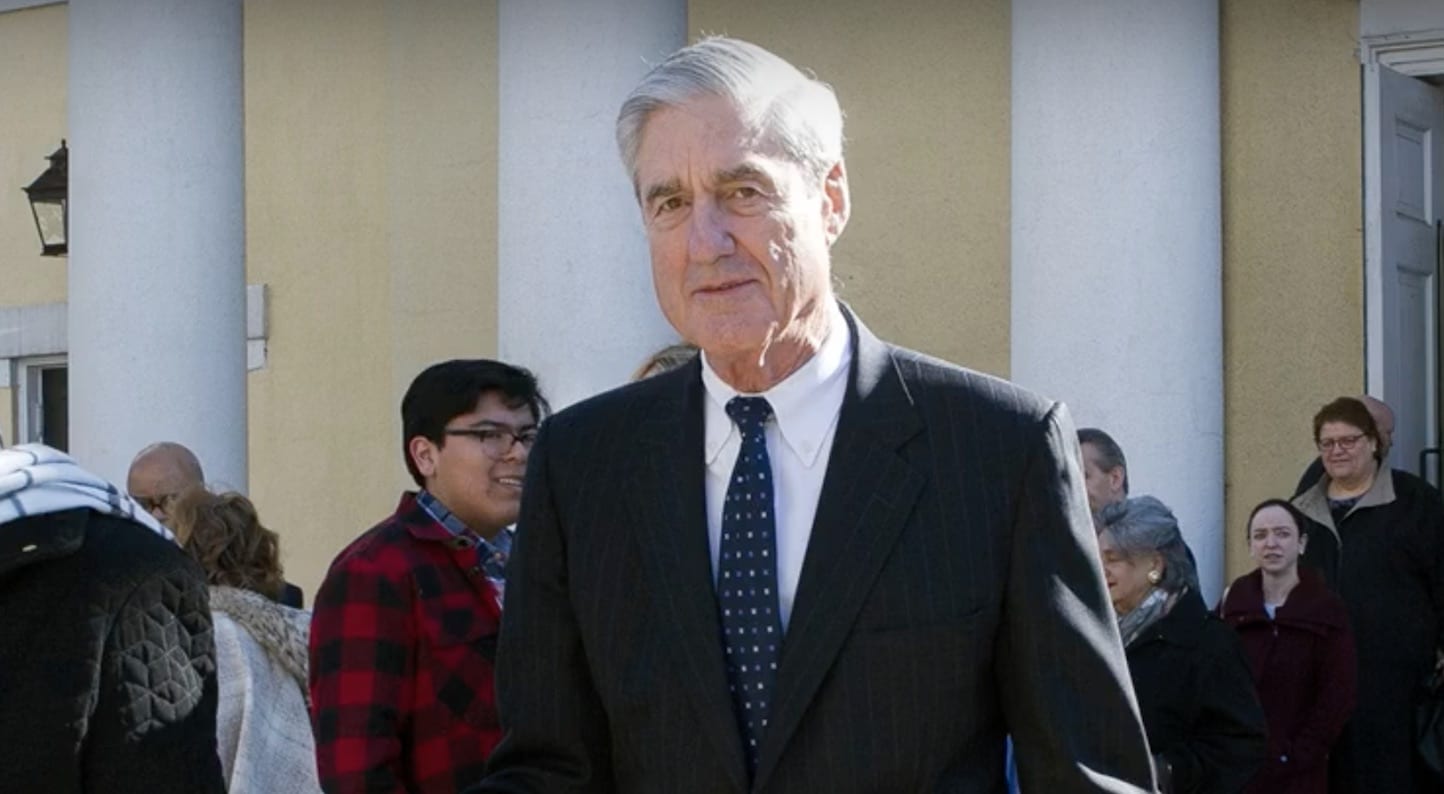 When special counsel Robert Mueller finally finished his investigation of Russian interference in the 2016 election, he produced a report that confirms much of the criticism President Trump has leveled at him during the past two years. It clearly reveals that Mueller’s partisan investigators were determined to “get Trump,” and that they were frustrated by their inability to do so. This is most obvious in the section dealing with obstruction of justice. As it is phrased in the Introduction to Volume II, “[T]his report does not conclude that the President committed a crime.” An honest evaluation would have stopped there.

Mueller’s team, however, were loath to pursue the honorable course. Their partisan bias compelled them to gratuitously add — after taking eight full paragraphs to explain why they didn’t conclude that Trump had obstructed justice — that they nonetheless would “not exonerate him.” This is the cheapest of cheap shots. It is obviously a cowardly attempt to damage the President with innuendo rather than an actual accusation of obstruction that would eventually have to be supported with proof of “conscious wrongdoing” that Mueller couldn’t produce. Mueller and his minions opted, instead, for good old-fashioned calumny.

This is particularly disgraceful considering the restraint Trump demonstrated during the probe. He could, for example, have asserted executive privilege to prevent investigators from gaining access to all manner of documents as well as several witnesses. Trump is the first president since Jimmy Carter not to invoke that well-established prerogative. Trump also resisted the temptation to simply halt the probe, a power that he does possess under Article II of the Constitution. Mueller ignored this cooperation and chronicled 10 examples of unobstruction in the Executive Summary of Volume II. Below is a summary of each:

The Campaign’s response to reports about Russian support for Trump:

When “questions arose” about Russia’s support for Trump, and WikiLeaks released damning DNC emails, “Trump publicly expressed skepticism that Russia was responsible.” Trump denied having Russian business partners, “even though as late as June 2016 the Trump Organization had been pursuing a licensing deal for a skyscraper to be built in Russia.” But would Trump engage in obstruction if he wasn’t guilty of collusion?

Conduct involving FBI Director Comey and Michael Flynn:
Trump asked then-FBI Director Comey to show a little mercy to Michael Flynn after the latter got snagged in a perjury trap: “I hope you can see your way clear to letting this go… He is a good guy.” Trump asked his Deputy National Security Advisor to draft a letter stating that he “had not directed Flynn to discuss sanctions with Ambassador Kislyak.” Again, would Trump engage in obstruction if he wasn’t guilty of collusion?

The President’s reaction to the continuing Russia investigation:
This is nothing more than Trump’s anger pursuant to the desire of then-Attorney General Sessions to recuse himself from the investigations, and that he “reached out to the Director of National Intelligence and the leaders of the Central Intelligence Agency (CIA) and the National Security Agency (NSA) to ask them what they could do to publicly dispel the suggestion that the President had any connection to the Russian election-interference effort.” What would be the point in obstruction if Trump wasn’t guilty of collusion?

The President’s termination of Comey:
This goes back to the claim that firing Comey somehow amounted to obstruction of justice. “The day of the firing, the White House maintained that Comey’s termination resulted from independent recommendations from the Attorney General and Deputy Attorney General that Comey should be discharged for mishandling the Hillary Clinton email investigation.” Why would he engage in obstruction if innocent of collusion?

Efforts to curtail the Special Counsel’s investigation:
Now we’re back to AG Jeff Sessions. “The President met one-on-one in the Oval Office with his former campaign manager Corey Lewandowski… and dictated a message for Lewandowski to deliver to Sessions.” The message was that the Special Counsel investigation was unfair to Trump and should be focused on election meddling in future elections. Why would Trump engage in obstruction if he wasn’t guilty of collusion?

Efforts to prevent public disclosure of evidence:
This involves the tall tale of Donald Trump, Jr. meeting with a Russian lawyer who was allegedly offering damaging information about Hillary Clinton. The President “directed aides not to publicly disclose the emails setting up the June 9 meeting, suggesting that the emails would not leak and that the lawyers with access to them should be limited.” Again, would Trump engage in obstruction if he wasn’t guilty of collusion?

Further efforts to have the Attorney General take control of the investigation:
Trump once again pleaded with Sessions to unrecuse himself: “The President said, ‘I’m not going to do anything or direct you to do anything. I just want to be treated fairly.’ Sessions volunteered that he had never seen anything ‘improper’ on the campaignand told the President there was a ‘whole new leadership team’ in place.” Sessions remained firm on recusal. Why would Trump engage in obstruction if he wasn’t guilty of collusion?

Efforts to have McGahn deny that he had ordered him to have the Special Counsel removed:
In response to an early 2018 press report that the President had directed McGahn to have the Special Counsel removed and that McGahn had threatened to resign rather than carry out the order… “The President then met with McGahn in the Oval Office and again pressured him to deny the reports.” McGahn presumably demurred. Once again, would Trump engage in obstruction if he wasn’t guilty of collusion?

Conduct towards Flynn, Manafort:
Flynn eventually withdrew from a joint defense agreement with Trump and began cooperating with the government. Trump’s personal counsel “left a message for Flynn’s attorneys reminding them of the President’s warm feelings towards Flynn.” Meanwhile, “the President praised Manafort in public and declined to rule out a pardon.” Yet again, why would Trump engage in obstruction if he wasn’t guilty of collusion?

In the end, the Mueller probe was an investigation looking for a crime. Thus, it produced nothing but a few process crimes and useless indictments of foreign nationals who will never be brought to trial. It was also conducted by partisan hacks, like Peter Strzok and Lisa Page, whose primary goal was to bring down the President. That failed. So, like all cowards in retreat, Mueller and his minions attempted to do as much damage as possible to the President as they departed. That’s why they refused to exonerate him despite finding no real evidence for obstruction of justice. The whole exercise was utterly despicable.