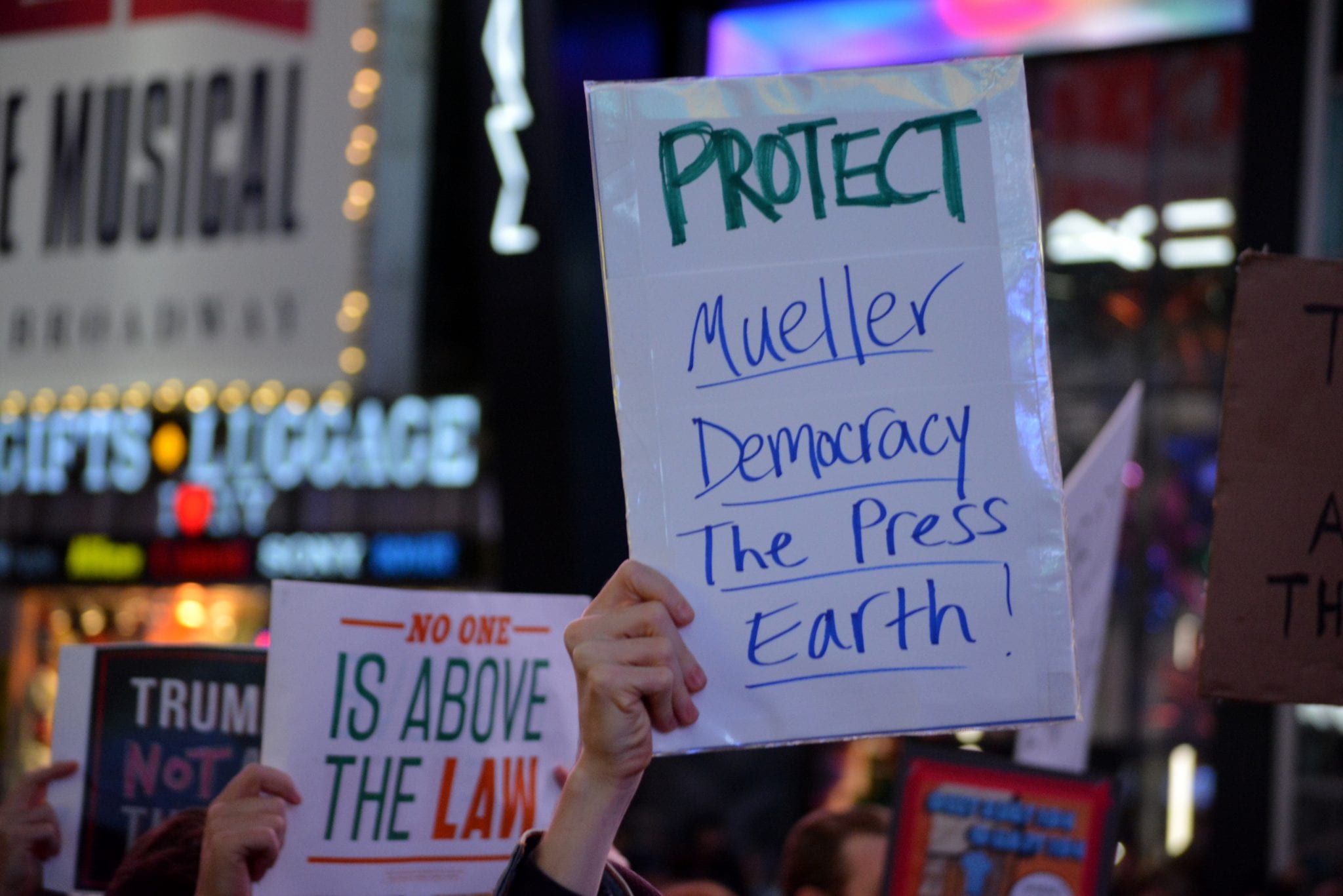 The pious horror of the Democrats about “foreign interference” in American elections is hard to take seriously, especially since most of them seek to turn foreigners — namely, illegal immigrants from Mexico — into tomorrow’s voters. A party that shrugs at open borders is in no position to lecture anyone on eroded sovereignty.

The subject of American sovereignty has always left Democrats cold, since many of them spent their youth openly rooting for America’s enemies. Obama’s CIA director, John Brennan, cast his first presidential vote for Gus Hall, a plant for the Soviet Union in American politics. Brennan these days is loudly seconding Bob Mueller’s astonishingly feeble claim that Russia’s interference in the 2016 election was nothing short of “devastating,” “sweeping,” and “systematic.” In fact, it was minor and ineffectual, as even the lefties at The Nation have concluded.

Don’t buy the hype, writes The Nation’s Aaron Maté: “Far from being a sophisticated propaganda campaign, it was small, amateurish, and mostly unrelated to the 2016 election,” he writes. He notes that the only serious studies on the matter have found no confirmation for Mueller’s claim and the chattering class’s incessant echoing of it:

Entertaining the possibility that Russian social-media posts impacted the election outcome requires more than just a contemptuous view of average voters. It also requires the abandonment of elementary standards of logic, probability, and arithmetic. We now have corroboration of this judgment from an unlikely source. Just days after the New Knowledge report was released, The New York Times reported that the company had carried out “a secret experiment” in the 2017 Alabama Senate race. According to an internal document, New Knowledge used “many of the [Russian] tactics now understood to have influenced the 2016 elections,” going so far as to stage an “elaborate ‘false flag’ operation” that promoted the idea that the Republican candidate, Roy Moore, was backed by Russian bots. The fallout from the operation has led Facebook to suspend the accounts of five people, including New Knowledge CEO Jonathon Morgan.

The Times discloses that the project had a budget of $100,000, but adds that it “was likely too small to have a significant effect on the race.” A Democratic operative concurs, telling the Times that “it was impossible that a $100,000 operation had an impact.”

The Alabama Senate race cost $51 million. If it was impossible for a $100,000 New Knowledge operation to affect a 2017 state election, then how could a comparable — perhaps even less expensive — Russian operation possibly impact a $2.4 billion US presidential election in 2016?

Let’s hope that some astute Republican, steeped in these studies, will force Mueller at next week’s hearing to explain how such a pittance could threaten the integrity of a presidential election — an assertion as risible as claiming that the United Kingdom sought to throw the election through its biased BBC coverage. Imagine if a Republican tried to make that case. He would have a bucket of water dumped on his head. Yet Mueller makes the equivalent of that case with his dark babblings about the half-baked Internet Research Agency, and he receives hosannas from the ruling class for his “vigilance.”

Facebook has joined in Mueller’s hysteria for the most obvious of self-interested reasons: it hopes the hysteria will lead to the multiplication of regulations that would make it impossible for potential competitors to afford entering the market. According to Facebook, the Internet Research Agency spent $100,000 on election-related social media. Oh my. Mark Zuckerberg spends more than that in an afternoon.

Twitter’s lawyer told the Senate Judiciary Committee that Russian tweets “represented a very small fraction of the overall activity on Twitter in the 10-week period preceding the 2016 election.”

How small? Less than two one-hundredths of a percent (0.016 percent) of the total accounts on Twitter at the time, and one percent of overall election-related tweets. In short, Russians added nothing more than a tiny whisper to the overall political clamor. These numbers disprove the myth that Russian interference won the election for Trump.

In their opportunistic fulminating over Russia’s “sweeping” campaign to influence the election, the Democrats and Mueller have come to resemble the panting “McCarthyite” hacks they once condemned.