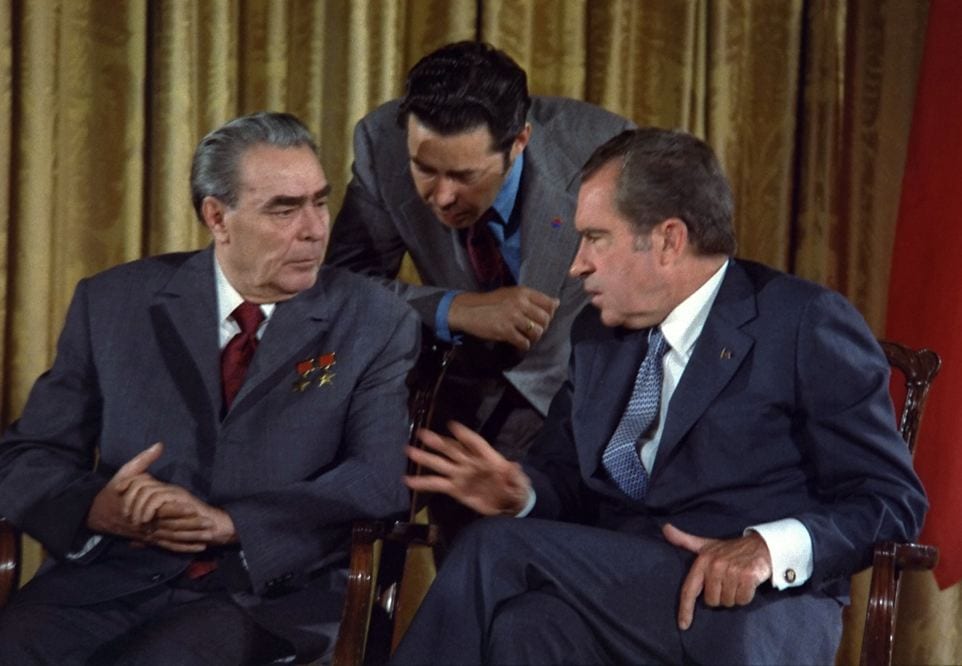 Special Counsel Robert Mueller’s Friday indictment of three Russian organizations and thirteen Russian individuals is an interesting but futile exercise. For all his time and expense Mueller might as well have indicted Nikita Khrushchev and Leonid Brezhnev.

The indictment is interesting because it lays out a strategy that the Russian government pursued successfully to interfere in our 2016 presidential election campaign. It is futile because it’s impossible for Mueller to bring the defendants to trial.

Unlike nations such as Russia, people charged with crimes in the U.S. can’t be tried in absentia. The thirteen individuals Mueller indicted are all Russian nationals outside of U.S. jurisdiction. Russia doesn’t extradite its nationals to the U.S. for trial.

The three organizations — Internet Research Agency LLC, Concord Management and Consulting LLC and Concord Catering — are all located in Russia. Under our Rules of Criminal Procedure, the organizations could be tried in absentia in the U.S. if their lawyers were in court to defend them. Why they would subject themselves to a U.S. trial by hiring a U.S. lawyer is not something explained in the indictment.

In short, Mueller’s indictment of the Russians is nothing more than an expensive publicity stunt. Nevertheless, the indictment does allege some very interesting facts.

The indictment alleges that the defendants, “posing as U.S. persons and creating false U.S. personas, operated social media pages and groups designed to attract US audiences.” They bought ads, organized political rallies more in pursuit of their goal of sowing political discord as early as mid-2016. They did so, according to the indictment, to support Trump and disparage Clinton. They also supported Vermont socialist senator Bernie Sanders.

The indictment says that beginning as early as 2014, the defendants began operations to interfere in the 2016 election. Donald Trump announced his candidacy in June 2015, about a year and a half later. That means the Russians didn’t set out to help Trump but to disrupt Hillary’s coronation.

When Trump announced his candidacy, Hillary Clinton was already expected to win the Democratic nomination and then the election. The Russian operation must have been aimed at her until Trump entered the race.

The next allegation (in paragraphs 6 and 45 of the indictment) we need to highlight is that the defendants and their co-conspirators used false identities to communicate with “unwitting individuals associated with the Trump Campaign and with other political activists to seek to coordinate political activities.”

Before we get too excited about that allegation, let’s remember that it’s not an admission by Mueller that there was no “collusion” between Russians and the Trump campaign.

On one hand, it does prevent Mueller from going back and charging anyone in the Trump campaign with conspiring with these three Russian organizations and thirteen individuals to coordinate political activities and do the other things they are charged with.

On the other hand, it doesn’t prevent Mueller from indicting anyone, for example, for illegally conspiring with the Russians to hack the Democratic National Committee’s emails and release them to embarrass Hillary Clinton. There’s a lot more that Mueller can act on, including the meeting Donald Trump, Jr. had in Trump Tower with some Russians. That’s the meeting that former Trump campaign advisor Steve Bannon said was “treasonous.”

Mueller is a long way from being done with his investigation and prosecutions, but they are a side show to what must be a major national security concern.

The companies indicted by Mueller, because they operate on the internet, must — at the very least — have been licensed and approved by the FSB, the Putin-era successor to the Soviet-era KGB. It is impossible to imagine that they, and the people who worked for them, weren’t working for the Kremlin and the FSB.

They were fighting a part of the Second Cold War, which grew out of the First Cold War which, in turn, was a product of Russian culture and history. Wars of conquest have been Russia’s hallmark at least since Peter the Great became czar in 1682. Peter became “Czar of all the Russias” by conquering neighboring nations.

Vladimir Putin reportedly has a large portrait of Peter the Great hung prominently in his Kremlin office.

When the czarist regime was replaced by the Bolsheviks — later called the Soviets — they waged wars both hot and cold against their enemies. The Soviets took the opportunity that Germany’s World War II surrender brought to seize essentially all of Eastern Europe and then begin the First Cold War by the Berlin blockade, which began in June 1948 and lasted nearly a year.

Soviet Russia fought the First Cold War with every tool of war it could bring to bear. It fought us ideologically, by funding “wars of liberation” around the world such as Vietnam and by subversion where open war seemed unlikely to succeed.

KGB veteran Vladimir Putin was groomed for office by his former overlords and propelled to the presidency of the Russian Federation. Since his elevation to real power in 1998 as head of the FSB, Putin has been waging what can only be called the Second Cold War. (Anyone who doubts those facts should read Putinism by Walter Laqueur and The Man Without a Face by Masha Gessen.)

In 2016 the Russian campaign of propaganda and disinformation didn’t affect the election’s result, which means Russia will try harder in 2018 and 2020. Our other enemies, including China, North Korea and Iran, will do the same. All of them, and others, will have already begun doing their worst to sow political discord and discredit our democratic processes.

Through social media and otherwise, these nations and non-state actors are engaging in a form of cyberwar. Their interference in our electoral process hasn’t yet reached the level of an act of war, but it can and probably will.

Cyberwar doesn’t rise to that level unless it does one of two things: either take lives or disrupt severely our national infrastructure. If a cyberattack blacked out the power grid, that would be an act of war. If the results of an election — any election, not just a presidential contest — were changed by a cyberattack that would also be an act of war against our nation.

Last week, all six US intelligence chiefs told a Senate committee that the threat of election interference continued as a grave threat not only to the U.S. but to all of our NATO allies. They indicated that all NATO members believed that Russia had already interfered in their elections and that the intelligence community believed the threat was real and continuing.

Director of National Intelligence Dan Coates told the committee that he was frustrated that Congress hadn’t yet passed legislation designed to help state and local governments to combat that threat.

Much of what can be done requires the cooperation of the social media companies. Facebook reportedly only verifies the identity of an entity buying a political ad by sending a post card to the entity’s address. Twitter and Instagram were also used by the Russians to post ads and other content trying to disrupt the election. Voluntarily or by legislation, those companies need to require identification of the persons using their media and block those that can be determined to be false identities.

Much more can and should be done to protect our electoral process. Under the Constitution, states are responsible for the voting process. Whether or not Congress acts to help the states do so — and it’s highly unlikely that it will — the states can and must protect their voting processes.

Every computer system that governments use in elections should be assumed to be vulnerable, studied and protected as well as our cyberwarriors think they can be.

President Trump should take the lead in demanding action by Congress and the states. By now, he should understand that he can’t lead by tweets. He should make a prime-time speech stating the seriousness of this threat and insisting on action at the federal and state levels. He should point to the 2007 Russian cyberattack that essentially took down the government of Estonia. He needs to say clearly that this is a new Cold War and we have to fight it to the best of our ability.

Until such action is taken and institutionalized no U.S. election will be safe from interference and disruption. Moreover, our offensive cyber capabilities are still far less than they should be. Those who try to meddle in our society’s functions, not just elections, should suffer the worst consequences our cyber warriors can dream up.