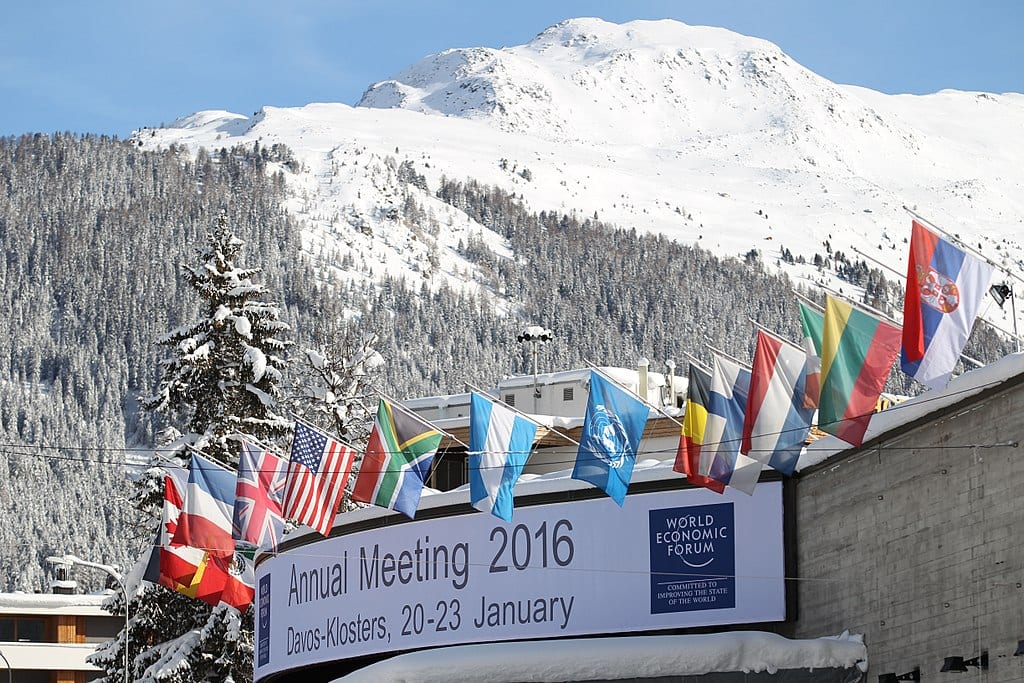 The world’s intelligentsia and corporate and political leaders are meeting this week at Davos, hosted by the World Economic Forum — high in the Rhaetian Alps of Switzerland where 15 inches of snow are forecast for the next seven days. It is a pastoral winterscape, where the steeple of 13th century St. Johann pierces the icy night air.

A cynic may ask what specific initiative has ever emerged from Davos and been acted upon, and what value does Davos add to an array of existing world governments and bodies such as the IMF, World Bank, and UN. One might also question how such a cohort of 3,000, many conspicuous members of the excoriated 1%, will address disparities of wealth, the environment, immigration, and the future of nations — beyond simple exhortations.

Fair questions, yes, but Davos is a useful platform for national positioning. And this year on that platform, India’s prime minister, Narendra Modi, will loom large at the plenary session today.

Indian companies will be well represented at Davos, along with promotions of India — and maybe even masala tea and samosas. After the U.S., Britain, and Switzerland, India will have the largest representation at Davos.

So what does Mr. Modi wish to get out of Davos? Above all, respect.

Once a tapestry of hackneyed images such as elephants, bobbing cobras, and pink Rajput palaces, the country has emerged as a colossus with the world’s fifth largest economy, likely surpassing the U.K. and France, according to the Wall Street Journal of January 22. Since independence in 1947, life expectancy has more than doubled to 69, while the fertility rate has fallen from over 6 to 2.4. High single digit GDP growth has given rise to a large middle class. Estimates vary tremendously, especially when factors other than income are considered; they tend to range from 10% to 30% of the population, although they conflict with some western images of “middle class.”

In India, education for children between 6 and 14 is now a right, pursuant to an act of parliament in 2009. While there is much progress yet to be made, women’s rights are at the center of the national stage and conscience.

When the country mobilizes itself with commitment, it can get results. Besides population control, the Green Revolution, and of late Aadhaar project, a national biometric identification program, are examples of national purpose.

As the largest importer of arms in the world, India is modernizing its armed forces — with substantial American assistance. The test on January 18 of a long-range ballistic missile, capable of carrying a nuclear warhead, was doubtless timed to make a statement with India’s presence at Davos.

While Russia still supplies an estimated 68% of India’s arms, the U.S. had the lead position several years ago due to the sale of Boeing and Lockheed Martin anti-submarine and transport aircraft, according to USNI News. Further, and as I have written in these pages, in view of several recent protocols that assure collaboration, the U.S. can project enhanced naval force in the Indian Ocean and share encryption technology and data with the Indian military.

With a population of almost 1.3 billion, India is poised to overtake China in roughly seven years, based upon a UN forecast.

India still has massive policy challenges: the assimilation of women, Muslims, and tribal populations into the economy is a continuing challenge, in a country where Hindu nationalism has emerged as a potent force. High dropout rates of schoolchildren, inadequate rural health care, inadequate access to electricity, limited urban planning, the creation of manufacturing jobs, supply chain inefficiencies, and the maxing out of agricultural productivity are among the principal domestic priorities. It is also well known that until recently, India has underperformed in attracting foreign direct investment.

Prime Minister Modi has already built rapport with President Trump: the two leaders are both smashers of icons. Davos could be an opportunity for both leaders to bond even further.

High in the Swiss Alps this week, Mr. Modi will be a champion of India’s achievements. The world would be wise to listen.