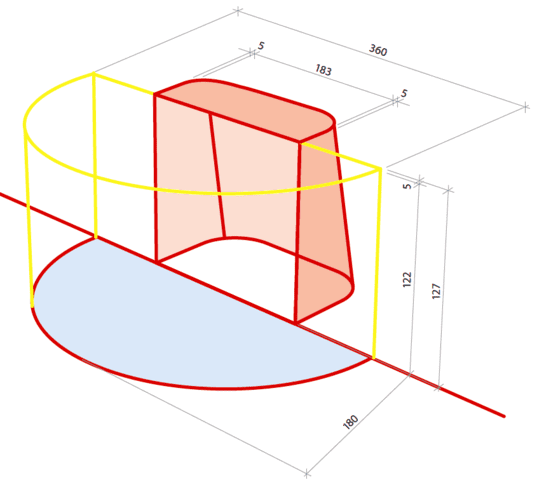 The point to bear in mind is that the Democrats are out to defeat the Kavanaugh nomination by any means.

Fair they’ve tried, in a constitutional way — hearings, speeches, statements, votes. Foul is what they currently have in mind: vilification and ruinous delay furthered by the moving of goal posts.

The goal post placement, when formal hearings wound up last week, permitted investigation by the FBI of known accusations the nominee strongly repudiated. By the weekend, Kavanaugh foes were laboring to spread their inquiry across the whole of the nominee’s young life.

Oh, not just an inquiry into the Christine Blasey Ford charges. Nothing so limited as that! We need, apparently, according to the New York Times’ characterization of the matter, “a wide-ranging examination of [Kavanaugh’s] drinking and possible sexual misconduct habits.”

Wonderful! Next, the interviews with his nursery school teachers. “Did little Brett play nicely with the other children?”

The Democratic destruction machine is gassed up and clanking away, turning the solemn business of a Supreme Court confirmation into a spectacle measuring up nicely to Roman Colosseum standards.

I would enjoy saying without fear of contradiction that the whole enterprise is cynical, louse-ridden, vicious, and stomach-churning: an invitation to fetch towels and a large bowl. I can’t say any such thing. The destruction machine’s senatorial operators receive tossed bouquets for criticizing the indignant tone of Judge Kavanaugh’s apologia to the Senate Judiciary Committee.

Such gall — taking umbrage at charges the judge believes and asserts to be false? Far better would it have been, I gather, for Kavanaugh to have responded humbly: “Oh, my, yes, I appreciate fully my constitutional obligation to stand submissively as my fellow servants of the public weal decorate me with arrows.”

As the Kavanaugh investigation goes forward, one thing is clear. It has been clear for quite a while actually in our political and social interactions. To wit, the word of a gentleman and public servant no longer commands automatic respect — possibly because in our bleached-out time few gentlemen seem to hang out around the place. The occasional sight of one, accordingly, may excite panic and distrust, as well as barely acknowledged feelings of personal shame.

So OK. That’s where we are in the year of grace 2018, after steady erosion of the old moral mechanisms long depended upon to prop up and sustain public trust. Shouldn’t we just accept it and move on? I think not. I think, in fact, we are in a dangerous place.

With old moral norms removed, nobody trusts anybody anymore. Not “progressives,” facing the prospect of a conservative takeover at the Supreme Court; not “conservatives,” understanding the depth of progressive fears over that prospect; not women, being assured through the media what louses men are; not men, as they sense the deadly power of public accusation — this whole ordeal stemming from general appropriation of the me-first ideal. Mutual respect, a sense of others’ dignity, love of the truth — not out the window yet, but clinging to the ledge by their fingertips. The time has come to drag them back inside. Meanwhile we wrestle with the Kavanaugh mess.

They invite us to take them at their word. Really? On what authority save their own animosity — which emotion turns out to override every competing consideration, including fairness, objectivity, and just plain decency. The benefit of the doubt doesn’t go to someone the Democrats of the Senate Judiciary Committee, together with their myrmidons and well-wishers, have determined to shame and discard.

What a woeful moment for us. The whole affair, as Sen. Lindsey Graham, rightly puts it, is a national disgrace. And when our nation is disgraced, so are we all, rightly and perhaps lastingly so.