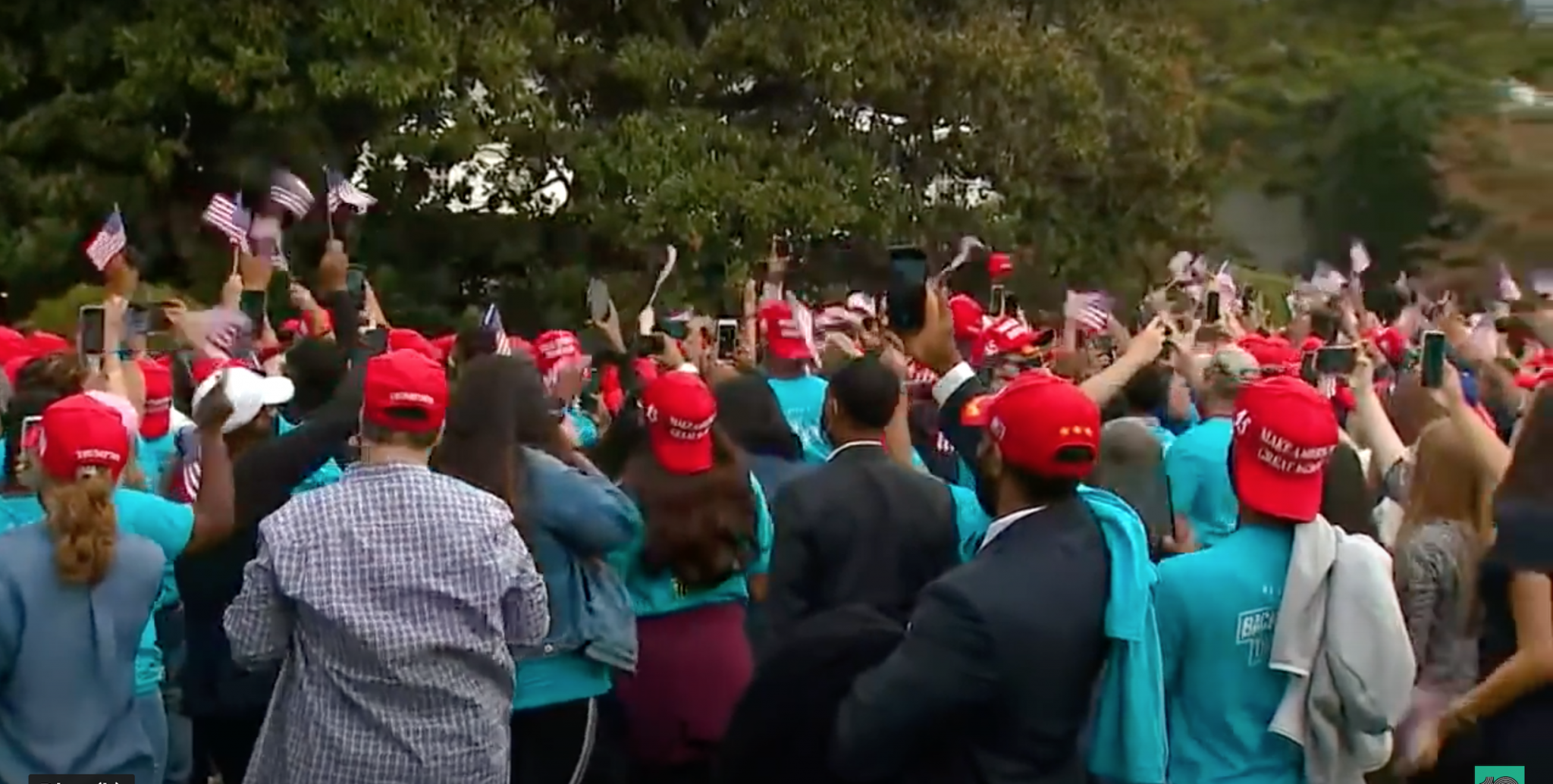 Most of the national polls portend defeat for President Trump in November. At the time of this writing the RealClearPolitics average shows him behind his Democratic challenger, former Vice President Joe Biden, by nearly 10 points. This lead emboldened Biden to tell a group of supporters on Saturday that the only way he could lose was through polling place “chicanery.” Why, then, do most Americans believe Trump will win? Survey after survey has found that, regardless of which candidate they support, a majority of respondents predict a Trump victory. Yet another confirmation of this phenomenon is available in a recent Gallup poll.

According to the Gallup survey, “56% of Americans expect Trump to prevail over Biden in the November election, while 40% think Biden will win.” This includes 90 percent of Republicans, 56 percent of independents, and 24 percent of Democrats. This is not the first time Gallup has polled voter expectations: The polling firm asked Americans for their predictions in every election year from 1996 through 2012: “In each of these polls, Americans accurately predicted the winner of the popular vote.” This is a far higher accuracy rate than many pollsters can claim, and it obviously raises the following question: “What does the general public know that the pollsters don’t?”

During his presidential campaign in 1980, Ronald Reagan asked Americans, “Are you better off today than you were four years ago?” Since then, this question has served as a key standard that presidents running for reelection have been held to.… Gallup’s most recent survey found a clear majority of registered voters (56%) saying they are better off now than they were four years ago, while 32% said they are worse off.

This is no mean feat, particularly considering the obstacles placed in the president’s path by Washington’s entrenched ruling class. Everything Trump has done has been accomplished in the face of unremitting resistance from corrupt politicians, obdurate bureaucrats, and a uniformly hostile corporate media. He has measurably improved the lives of the voters while enduring the ridiculous Russia collusion hoax, the even more absurd impeachment farce, the political exploitation of a pandemic, and an economic contraction unequaled since the great depression. Yet a solid majority of voters say they are better off than they were after eight years under Obama–Biden.

And no wonder. Trump reduced taxes, reined in the Obama–Biden regulatory regime that was strangling businesses, reduced overall unemployment to levels deemed impossible by previous administrations, reduced minority unemployment to historic lows, outperformed Obama–Biden on Gross Domestic Product, and rendered the nation energy independent. The voters have experienced this progress in their daily lives, which explains why they now view the economic recovery as the most urgent single issue facing the nation, a priority that has been substantiated by the Pew Research Center, reiterated by the Kaiser Family Foundation, and confirmed by Gallup:

As the nation remains in a pandemic-induced recession, U.S. registered voters say the economy is the most important issue of 16 that may potentially affect their choice for president. Nearly nine in 10 registered voters consider the presidential candidates’ positions on the economy “extremely” (44%) or “very” (45%) important to their vote.… The economy is typically rated as a highly important issue in helping voters decide whom to support in presidential elections.

Significantly, even the polls that purport to show Trump behind Biden on most issues indicate that the voters still hold a favorable view of President Trump on the economy. The latest ABC/Washington Post poll, for example, found that “54 percent of voters approve of his performance.” Trump is also regarded by the electorate as better suited to manage the economy than Biden. A recent Harvard–HarrisX poll indicates that voters favor Trump over Biden by 53-47 on this issue. A recent Fox News survey reported that a 53-46 majority of voters take this view and a recent Wall Street Journal/NBC News poll found that its respondents agree by a 48-41 margin.

In the end, that the voters view themselves as better off than they were four years ago and see the president as the best custodian of the economy are both clearly crucial factors in their assumption that Trump will win in November. There are, however, more subtle forces at play. When a voter says he’ll vote for Joe Biden but his neighbors will probably pull the lever for President Trump, he’s talking about something that no statistician can measure — the prevailing atmosphere in the community. He can feel it in the air, and he knows it’s more authentic than any public opinion poll. This is why most voters expect Trump to win and why they are almost certainly right.