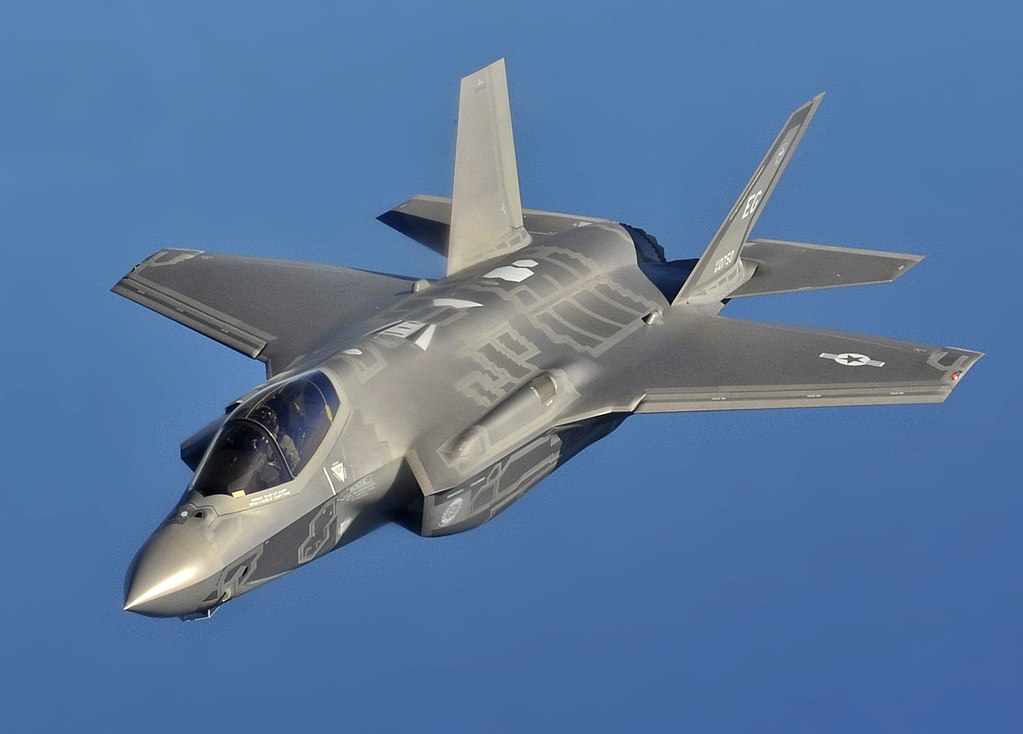 If you really want to know why we can’t have nice things, consider the F-35 program.

Not its ancient history. Not the fact that it was supposed to be one jet for all branches of the military — the ultimate in interoperability — but ended up becoming three, that it ran up billions of costs for redesign and repairs because program managers insisted on producing and flying planes before they had been tested, or even that it can’t fly at supersonic speeds for long without risking failure of some parts.

The F-35 is the most expensive weapons program in the history of the world — with a price tag of more than $1.2 trillion for what is expected to be the 60-year life of the program.

Let’s talk recent history. In the last few weeks, the Department of Defense and Lockheed Martin have reached a handshake agreement in which Lockheed will spend about $70 billion to fix a supply line problem that was plaguing the movement and efficient distribution of parts for F-35s.

Lockheed had been supplying parts for F-35s whose electronic equipment logs — or EELs — were incorrect or incomplete. These logs, somewhat analogous to bar codes applied to component parts of a washing machine, are used to enter parts received from suppliers into the program’s logistics systems so they can be loaded onto jets.

Tracking the parts in this way helps the Defense Department see which parts work best and which require the most repair and replacement. Only the F-35 has this system, and only about 1,000 of the 65,000 unique parts on an F-35 have electronic equipment logs — most of which are on parts that can be repaired.

Before parts are shipped, an advance shipping notice goes out that includes information about the part — where and when it was made, a serial number, and a “cage code” that says which particular manufacturer made each part on parts for which there are multiple suppliers.

In many cases, the advance shipping notice either would not arrive or would arrive with incorrect information, which turns “a six- to eight-step process into a 66-step process,” one defense official said. Lockheed employees spent thousands of hours correcting these errors and have taken steps to reduce inaccuracy and ensure all parts that have EELs are properly credentialed.

Before program officials forced Lockheed to begin to rectify the problem, just 43 percent of the parts that arrived at Hill Air Force Base, Luke Air Force Base, or Marine Corps Air Station Yuma arrived “ready for issue,” and complaints to resolve issues with the electronic equipment logs exceeded 1,100 per month.

They have shown improvement — to 70 percent being “ready for issue” and just 363 complaints in June — but $70 billion more work needs to be done just to fix spare parts supply lines for the planes.

The F-35 is the most expensive weapons program in the history of the world — with a price tag of more than $1.2 trillion for what is expected to be the 60-year life of the program. After 15 years of development, the first planes are in use — the Marines introduced the plane to combat operations in 2018 in Afghanistan, and the Air Force and Navy have deployed their units as well.

About 500 have been produced so far, and many of the early complaints about its performance have been addressed.

But the problems seem never to end. If it’s not planes being unable to fly near thunderstorms, it’s issues with the supply chain and its supposedly state-of-the-art Autonomic Logistic Information System, which has struggled to fulfill its function of managing parts and maintenance acquisition for F-35s.

Things are unlikely to get better anytime soon. The program will be short of cash for some time, given its five-year budget request of $78 billion is at least $10 billion short of what is needed, according to Defense Department cost analysis.

It’s not the cost of the planes themselves — the per-unit cost has fallen from $110 million per unit to right at $100 million. It’s that estimates of the cost of maintaining the planes and keeping them operable has increased by 7 percent just since 2012.

Given the planes have flown only 2 percent of what is considered their lifetimes, costs for maintaining their Pratt and Whitney engines are not even clearly known yet, and the Pentagon’s goal of reducing its per-hour operating costs from $35,000 to $25,000 seems unsupported by a roadmap to get here.

With its 1,300 vendors spread across 45 states, and its planes now being used by the Marines, Navy, Air Force, and various allies, it’s unlikely the F-35 program is going away anytime soon.

But the time has arrived to raise the question: When is enough enough? At what point do we acknowledge that rather than being too big to fail, the program has become too unwieldy to preserve?

With flat military spending ahead regardless of who wins the election, we may be about to find out.