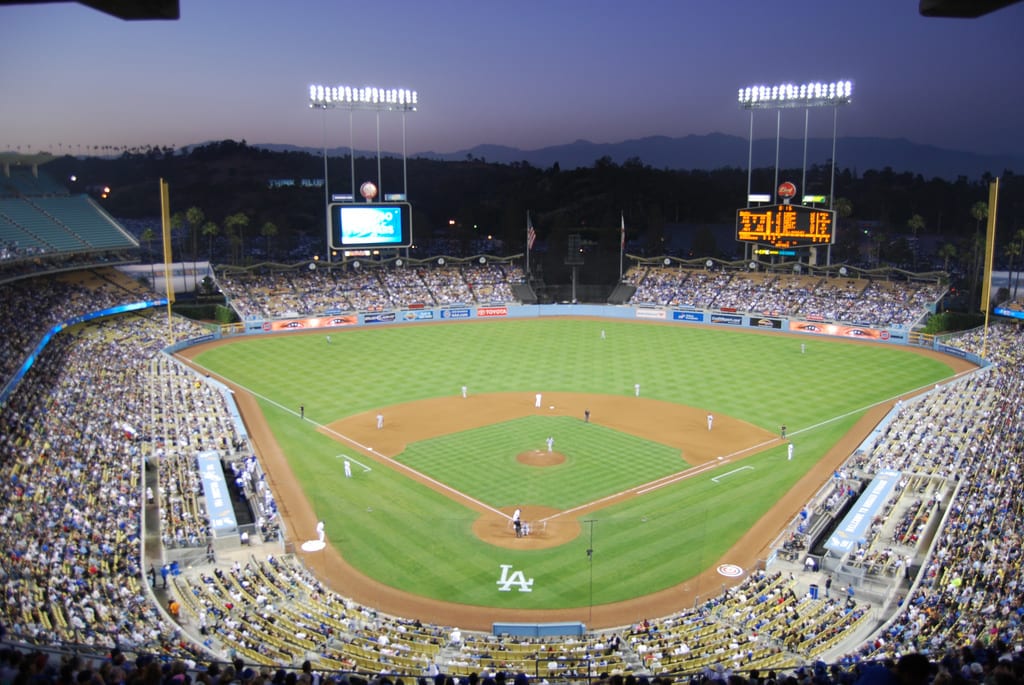 Full disclosure: I am a lifelong sports fan/junkie/obsessive. The kind of guy who takes his teams’ losses personally, as if something bad had happened in the family. My daughter is a college athlete, so they actually are a part of the family, come to think of it.

I have always loved both college and professional sports, but the pros have been working earnestly to drive me away in recent years. The NFL is the worst offender, both on and off the field. I used to have games on all day on Sunday. I watched three this past season, including the Super Bowl. Yes, the anthem protests played a part in that, but the on-field product has been disappointing me for years. The overtime rules seem like they were made up by a drunk guy who had never watched a game in his life.

Baseball’s recent tweaks in the effort to “improve” the game have been nothing short of annoying. MLB has been talking about speeding up games for years. Its first major change in decades was to add replay to the mix which — you’ve got it — just adds time to the games.

In an effort to actually speed things up, they decided that an intentional walk could be issued with just a hand signal from the manager, thus saving the ninety seconds or so that it would take for the pitcher to handle it. It also removes a crucial baseball element, as intentional walks can take a pitcher out of his rhythm, so a manager had to think twice about calling for one.

On Wednesday, I awoke to the news that Major League Baseball had proposed several new rule changes, which included a three batter minimum for relief pitchers, a 20 second pitch clock, and the Mother of All Baseball Purist Abominations: bringing the designated hitter to the National League for good.

The three batter minimum comes with a sensible exception: if the pitcher retires the side after one or two batters, he doesn’t have to return the following inning. I can get behind this change. One of the more tedious aspects of the sabermetrics era is watching managers bring in pitcher after pitcher from the bullpen to face just one batter. The slow trot in from the bullpen and the subsequent warm-up pitches can make the last few innings of a game feel like a week-long trip to a dentist.

As for the pitch clock, I’m skeptical at best as to whether it will “improve” the game. It will certainly speed it up, but it may introduce sloppiness for quite some time. The players will no doubt eventually adapt, but the transition period could be long and painful to watch.

Bringing the DH to the National League could chase me away forever, though.

The designated hitter has no place in my National League, however. In fact, in all of the years that I have been a hardcore baseball fan I’ve never encountered any National League fan express anything but contempt for the DH.

To my surprise, several reports from sports writers that I’ve read regarding the rules have treated the switch to the universal DH as either inevitable or no big deal. The Washington Post‘s Thomas Boswell sees it as all part of a grand compromise to achieve the “modernized” baseball that he fantasizes about:

Almost no fan is going to like all the new rules in a package as sweeping as the one being considered. The only way you’re going to get a half-dozen improvements to the sport that you love is to tolerate one or two that annoy you. Yes, even if you’re an N.L. fan who hates the DH.

That’s just it, I don’t think that the people who love the sport want a “half-dozen improvements” for the game.

Perhaps I am a little too fanatical. My daughter once asked which I loved more, football or baseball.” I replied, “You know I love football, but I’m in love with baseball.”

I’m not pining for any major changes to baseball. The games are long, they always will be. Yes, the relief pitcher switches are annoying, but I would like to see them gone because no one wants to spend the last several innings of every game watching more pitcher warm-ups than actual in-play baseball.

The people who do love baseball are taken by its anachronistic charms. It’s a game without a clock and we embrace that. We don’t need baseball to be hockey, because hockey already exists.

True, sports change and adapt over time but one of the primary appeals of baseball to the devout is that it didn’t change as much as the others. It’s a game steeped in history and nostalgia unlike any other in the American professional ranks.

Some tweaks may make the game slightly more appealing to people who are marginally interested in it now. Wholesale changes in the name of modernization run the risk of alienating the fans who have always been there, however.

Sabermetrics and a universal DH will almost eliminate the need for baseball managers. IBM can build a Watson-like computer, put a hat on it, and have it run the games.

I’m sure the Ministers of Modernization are already looking into that.